Don't Turn Your Back on Your Car, or Why the Internet of Things Scares Me | Ad Age
Skip to main content

Don't Turn Your Back on Your Car, or Why the Internet of Things Scares Me

There Could Be Danger Lurking in Connected World 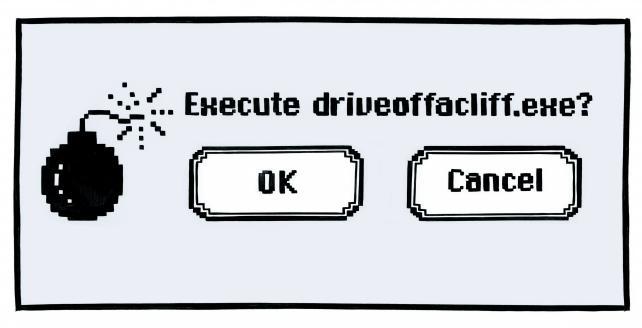 I'd like to make one thing clear. Despite my previous grousing about Meerkat and Periscope, the shade I've thrown at Oreo's Super Bowl tweet being held up as the paragon of real-time marketing, my suspicion that the Apple Watch is a flop and my disdain for the word "disruption," I am not a luddite.

Sure, I think marketers should get the lay of the land before running full speed into the next technological playground. And regardless of tech and data solutions, old-fashioned creativity will always be crucial to advertising.

But I do love gadgets and technology. I was early to blogging and only moderately late to Twitter. I went through a raft of "iPhone-killers" when a lot of smartphones just hitting the market were laughably useless.

I ran with Nike+ back when it was still a chip in a shoe and I was using GPS watches years before the Fitbit users came along and pretended that "fitness tracker" was a new category.

All of that said, the Internet of Things kind of scares me.

And whereas a rocket car sounded like a big dream, the Internet of Things seems so mundane. Your fridge is going to keep an eye on your milk supply. Your toothbrush is going to rat you out to your dentist. Your iron is going to ... well, I'm not sure how the iron is going to fit into this.

But it's just that mundane appearance that seems to paper over how frightening all of this stuff can be.

Wait! Don't run away. This isn't going to be a hand-wringer about how precious consumer privacy and data or how marketers and advertisers have to protect these things as if they were sacred objects. There is some truth to that, but you've heard it a thousand times and, besides, consumers don't really seem to care that much. They get worked up about it in polls, but then continue to hand over their data to Facebook and enable location features in their apps.

While we don't have rocket cars, our regular old cars are getting Internet of Things-a-fied. I'm not just talking about self-driving cars, which are quickly becoming a reality. Aside from Google's efforts in California, there's now a fake town in Michigan set up for the guys in Detroit to play around with self-driving cars.

But just last week a couple of guys produced a piece in Wired revealing they were able to hack into a Jeep Cherokee through its Uconnect radio system, controlling various aspects of the vehicle, like the radio volume, the heat, the door locks, the wipers -- oh, and the steering.

Fiat Chrysler whipped up a software patch that could immediately fix the problem, but to be extra safe (and to keep the government off its back), it recalled 1.4 million vehicles.

On one hand, it's great the company can fix the problem with a simple software patch, but that sort of implies it can be unfixed just as quickly. And if major corporations in the past have cut costs in the supply chain with actual physical products, I can only imagine what they might be tempted to do with their programmers.

Think about smartphones or flat-screen TV parts all rolling out of the same factories in China and having different brand names slapped on them later in the game.

Which brings up the question of who controls these things? Who protects these networks? If you can break into the Chrysler system, for example, can you get into all of them? From there, it's only a hop, skip and a jump to anxiety over someone hacking your smart thermostat or your smart stove or your Internet-of-Things enabled iron that you foolishly believed would turn off by itself even if you forgot about it. (I knew that iron couldn't be trusted.)

In our more immediate space, think about the marketers and agencies navigating the waters of new ad technology. Some are buying up companies. Some are parking their relationship at one place. That's certainly the easiest thing to do. Keeping things centralized is not only less of a headache, it's probably more cost effective. No doubt marketers, agencies and digital publishers have plenty of safeguards in place to prevent the loss or theft of crucial data and intellectual property.

But if a Jeep Cherokee -- thousands of pounds of metal and leather and pine-scented air fresheners -- can be hacked and driven into a ditch, it doesn't seem beyond imagining that your entire operation -- or the operation of something as seemingly impregnable as a Facebook or Google -- can be knocked out by someone with a laptop and a grudge.

This is not to say you should move to Amish country and divert all your advertising to the PennySaver or billboards on I-81. That's ridiculous. You can't conduct marketing or advertising these days without ad technology. Which is fine. For the most part, the ad-tech out there makes marketing smarter and better, just like self-driving cars will ultimately make the roads safer. As long as they don't get hacked.

So when you're making decisions about where and how to spread your relationships (and money) around and you're faced with an almost-paralyzing array of choices, just remember the perils of putting all of your eggs in one basket.