Three Weeks and 54 Views Later, Still Waiting on the Flood of Ad Money
READ THIS NEXT
What You Can Learn From the Social Media Crisis That Wasn't 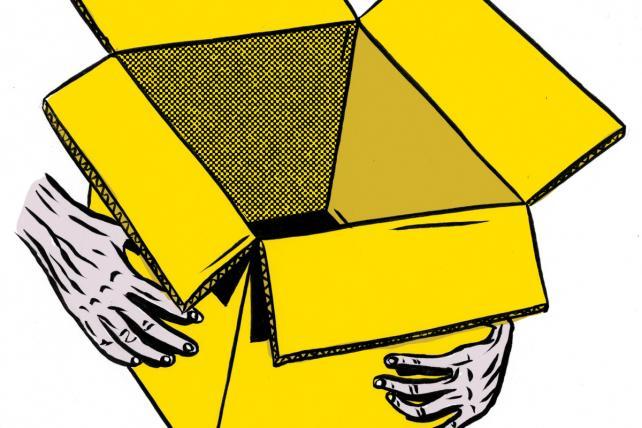 Look at all the ad money that isn't there.
Credit: Kelsey Dake for Ad Age

It's NewFronts season, and that means marketers are looking for new, exciting places to blow their advertising dollars.

They'll undoubtedly be impressed by video offerings from Yahoo, such as news featuring Katie Couric, or Maker's movie based on a James Franco short story, or even that Hulu series starring James Franco (but based on a Stephen King story).

But it looks like many of them are already funneling large amounts of cash to videos of little girls doing things on the web.

That's not as bad as it sounds. If you read the Video Revolution package in our April 13 issue, you might have seen the story titled "What a YouTube Celeb Pulls In."

It turns out a YouTube celeb pulls in a lot. CharlisCraftyKitchen, a show featuring two little girls making snacks out of other snacks, pulls in an estimated $127,000 a month. A month! For putting Oreos on a stick!

Cooking -- or cooking-slash-crafting -- is hard. So maybe a hundred grand a month is fair.

But some of these celebs are making money for slapping on makeup, braiding their hair or, get this, just opening boxes and trying the products within (that's called "unboxing" for those of you who spend your time more wisely than I do). Someone named grav3yardgirl, for example, makes an estimated $32,291 a month for, among other things, unboxing and reviewing As Seen on TV products.

Our list, compiled by Outrigger Media, only looked at fashion and food. It didn't include something called FunToyzCollector, which is basically a pair of hands (belonging to an adult woman) that unboxes toys. That pulls in 379 million viewers and $405,000 monthly, according to OpenSlate. CharlisCraftyKitchen pulls in an average of 29 million viewers a month. Grav3yardgirl pulls in 27 million a month.

These kinds of numbers can make you question a lot of things about society and our priorities as a country. But what they really make me question are my own life choices.

Why am I strapped to a desk 50 to 70 hours a week, editing stories about marketing, fielding spirit-breaking PR pitches and, in my spare time, writing novels that no one's bought the movie rights to yet?

What I should be doing is making unboxing videos. Hell, I can open a box as well as anybody else. I can cook, too! What if I combined the two?

So on April 18, 2015, I shot and uploaded a video of myself opening a Styrofoam cooler containing a sack of live crawfish that I'd ordered from my home state of Louisiana. Now, the original plan was to also shoot video of me cooking—and later enjoying—the crawfish in my backyard in Brooklyn. But no way was I letting my wife know what I was up to. And it turns out that shooting video of yourself while dealing with a propane burner, 10 gallons of boiling water and 20 pounds of unhappy crustaceans is not the easiest thing in the world.

Still, I had the unboxing part down. I don't know how you get more compelling video than a grown man opening a cooler full of crawfish.

Surprisingly, I've had no marketers pushing ad dollars on me. No ads for Toyota or Honey Nut Cheerios or Sensodyne. Not even ads for psoriasis drug Stelara.

That could be because, to date, that video has 54 views. I've got just over a week before hitting the 30-day mark, but it's not looking good for getting to 27 million.

So what do these top-earning YouTube celebs have that I don't?

Youth, for one. The overwhelming majority of them seem to have been born after 1990. Enthusiasm, for another. The fact is, I'm only slightly more emotive than Steven Wright (look it up, kids).

And all of these people have a natural ease in front of the camera. You can chalk up CharlisCraftyKitchen to the cuteness of two under-10 girls, but I can think of lots of under-10 kids who'd just stare like idiots into the camera, then eat all the candy on the counter. Grav3yardgirl? Her hyper-spazzy delivery is something akin to comic genius -- like a millennial Lucille Ball on speed.

Then there's technical skill. For all the talk of amateurism, most of these seem to have another thing in common: people who know how to shoot and edit, thus producing an end product that doesn't lead to motion sickness.

Are there middle-age male equivalents to this phenomenon? Sure there are. Just think of all those insufferable tech-unboxing videos. There are hot-rod and car repair videos. Booze reviews, too. And I and a few million other men (and women) have watched videos of enthusiasts trying smokers and other barbecue equipment for the first time. In fact, I made one of those, too (58 views on that one, surprisingly outperforming videos of my poodles).

But few of these are pulling five figures in ad revenue a month.

So what's the appeal for marketers? Duh. That youth and enthusiasm. And cheap access to millions and millions and millions of eyeballs, many of them belonging to impressionable young viewers who are basically being primed by the content to go out and buy stuff. In fact, one could argue that these videos are a hell of a lot smarter places to run ads than the traditional sitcoms and adventure series being retooled for online viewing.

Meanwhile, stay tuned for my next video. I think a makeup tutorial is just the thing that'll take off.