Rebundling: One Simple Solution to Cut Through All That Complexity | Ad Age
Skip to main content
Sign In Register

Rebundling: One Simple Solution to Cut Through All That Complexity

Like It or Not, Marketers Are Going to Push You Toward Rebundling
READ THIS NEXT
What You Can Learn From the Social Media Crisis That Wasn't 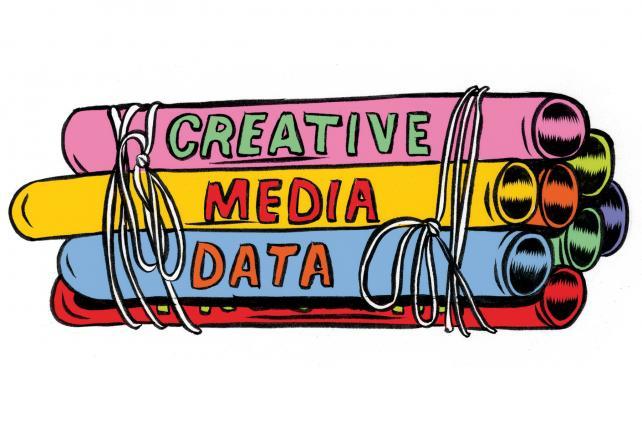 Ad agencies and holding companies live in a time of confusion. Media fragmentation, digital disruption, warp-speed technological advances, big data, pricing pressures, programmatic, yada yada, etc., etc., so forth and so on. You know the spiel. The future is a scary place and it just might be run by robots.

So what's the agency of the future going to look like?

If you listen to a lot of the players involved on the agency (or agency-like) side of things, it'll consist of flat organizations and communities of leadership involving anti-holding companies and nontraditional interlopers. Given enough time, they'll spin you a yarn and describe something that sounds like some sort of steampunk Rube Goldberg device built by the Occupy Wall Street crowd.

If you listen to marketers, it's going to look like something else entirely, perhaps something last seen in the 1970s, before the mass wave of unbundling washed across agency land.

That's right. Marketers, who will ultimately call the shots here, are pushing for rebundling.

It sounds pretty simple. They're just going to want an agency (or partner, or whatever you'd like to call it) that will be able to handle (or manage) creative, the vast and growing array of media, as well as data, programmatic and whatever other things we manage to invent.

Yes, that menu is a little more complicated than what was on offer from the pre-unbundling agency, which offered creative and four media options.

And putting that all back together might not be the easiest task in the world.

But many in agency land downright refuse to admit that rebundling can or will happen. And those who do make it sound akin to building a time machine.

P&G, for one, doesn't seem impressed. The thousands and thousands of words being spewed forth in the press and on analyst calls and at industry conferences about the unbearable weight of complexity seems to strike the world's biggest marketer as the equivalent of "the dog ate my homework."

Speaking at Ad Age's Digital Conference last month, P&G CMO Marc Pritchard made the following blunt and simple statement: "Frankly, your complexity should not be our problem, so we want you to make that complexity invisible."

When he said that, I pictured Tim Gunn walking into a holding company, wagging his finger and saying, "Make it work."

On the off chance you're reading this and are tempted to argue that Pritchard was talking about something else, he further expounded in Alexandra Bruell's story this week.

"We're looking for a higher degree of consolidation to make integration and interdependence more effective," said Mr. Pritchard. "How it manifests itself across the holding companies -- I don't know."

What he does know is that more agencies will rebundle capabilities, such as "creative and media, influencers and digital, and production and shopper [marketing]" for individual brand needs.

And I get the impression he doesn't much care how that happens.

That might be a holding company offering. That might be some consultancy taking the lead to manage an army of smaller shops. That might look like something we haven't even imagined yet, including the aforementioned Rube Goldberg machine.

Whatever the guts of the thing are, it's going to have to look like a one-stop solution and, this is important, carry a one-stop price.

You'd think ad agency holding companies, because they already own all or most of the various parts, are perfectly situated to take advantage of this situation.

But even they seem resistant to the R-word.

You could argue that it's partly out of pride. No one wants to admit being wrong, that unbundling back in the '80s was a shortsighted business trend built for a world in which TV would always remain king. But that's not a serious argument.

The real answer is, of course, money. For all "the end is nigh" doomsaying, holding companies are still making a pretty penny by operating these things separately. If you can charge the same marketer once for creative and again for media (and again for digital and again for data), you'd be an idiot to give that up before you absolutely had to.

When a marketer says "one-stop shop" what the holding company hears -- and rightly so -- is "only one revenue stream." And they know very well that the one revenue stream isn't going to come anywhere close to equaling the two or three separate ones (even after laying off all those workers).

So, yes, they're going to resist. And they will continue to do so for as long as possible. But like the Borg say, "resistance is futile."

You don't want to rebundle, someone without a holding company legacy will say -- and in some cases that might even be the marketer.

PepsiCo has said as much. "As content and distribution platforms become more interdependent on each other, the concept of a media agency [and] a creative agency will once again merge," Brad Jakeman, president of the global beverage group at PepsiCo, told Bruell. "For a brand like Pepsi, it was once sufficient for us to produce four pieces of content a year -- mainly TV -- and we could spend about six to eight months developing that one piece of content and spend $1 million on each piece of film. Now, that four pieces has turned into 4,000; eight months has changed to eight days and eight hours, and budgets have not gone up. Maybe [we have to publish] so quickly and efficiently that it needs to be more of a content-publishing group that sits inside the company and augments the work done through [agencies]."

Ultimately the choice will come down to evolution or extinction. And even if the evolution looks like a step backward, it's still not a hard decision to make.