You'll Never Guess Which Ad Broke Through the Journalist Bubble

Forget the Tech Bubble and Worry About Consumer Bubbles Instead

How's the air supply inside your bubble? Are you comfortable in there? Enjoying the view? Do you even realize you're in one?

Are you suddenly feeling defensive? 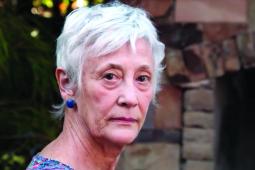 Am I getting through to you?

"I don't live in a bubble, Ken. Bubbles are for soap, gum and Silicon Valley venture capitalists!"

But you're wrong, of course. We all live in bubbles.

There's an Adland bubble, the one in which ad industry people think what they do -- even who they are -- is endlessly fascinating, even to people outside the industry. We can call it the "Mad Men" bubble and do our best to forget about "The Crazy Ones,"

"The Pitch" and all the other bits of ad-related entertainment that no one found interesting at all.

There's a media bubble, of course. Many of them. Despite protests to the contrary, there is an East Coast Media Elite bubble. Just as there is a Fox News bubble. Those aren't to be confused with the Progressive Hipster media bubble or the Right-Wing Blogosphere media bubble.

And, of course, there's the Tech Media bubble. It was in fine form last week when Twitter blew up over the news that Vox was buying Re/code, two things the overwhelming majority of Americans know nothing about. This was bubbling to the nth power. This was the tech media freaking out about the tech media. I'm sure air-conditioner repair people get excited over the latest news in their industry, but they have the decency not to do it on social media and make it sound like the Second Coming.

The fact is, bubbles are perfectly normal, a part of the human condition. Bubbles shrink the world around us and make things manageable. You don't have to pop them. But you do have to realize you might be operating from inside of one.

When it comes to marketing -- to communication -- you not only have to acknowledge your own bubble, but get your message through the bubbles of your target audience. Which is easier said than done.

The modern consumer lives in multiple Teflon-coated bubbles. Think about the woman in the Exhausted Supermom Bubble, who is also inside the Work Sucks Bubble and inside the I Just Want Half an Hour but I Also Need to Check Facebook Bubble.

Try getting a TV ad or sponsored post through all of that.

My bubble involves a lot of TV -- and not that fancy ad-free, cord-cutting kind, either. Sure, I watch "Game of Thrones" and "Unbreakable Kimmy Schmidt." But what I mostly watch is TV in real time. Reality shows like "Real Housewives" (all of them except Jersey, because I have my limits) and "Shahs of Sunset" and my favorite, "Naked and Afraid." (I'd like to claim that a lot of this is "research" for the novel I'm wrapping up, but I'd be lying.) And even good old-fashioned broadcast: "Big Bang Theory" on CBS, ABC's Wednesday night comedy lineup and Fox's mostly bad stabs at sci-fi and horror.

The good news for marketers is that's a lot of ad-supported TV. Even better news: I don't skip the ads!

The bad news? With rare exceptions, I don't remember any of them.

"But you're living in a Jaded Ad Journalist Bubble, Ken," you might be saying. Maybe! But my wife isn't. And nothing's getting through to her, either.

Except for one ad -- and it got through to both of us. At the same time. That's a rarity these days (outside of big events like the Super Bowl).

Perhaps you've seen it. An older couple sits at an outdoor table, and the husband splatters ketchup all over his shirt. The woman turns to the camera with a deadpan expression and says, "No one wants to look at splatter." The camera angle changes to reveal, right next to her on her deck, a toilet. The spot ends with the same woman's head popping (you just reread that word, didn't you?) out of a toilet and shouting, "It's clean!"

Nothing says romance like a couple of newlyweds laughing at a toilet ad.

How did this ad pierce our bubbles? It had nothing to do with technological breakthroughs or current buzzwords that are all the rage in the marketing bubble. It had nothing to do with social or shareability or real-time marketing. And it wasn't because the ad had been bought programmatically or because it was addressable (as a DirecTV subscriber I get a lot of the latter) and therefore super relevant. I'm not in the market for a toilet.

The ad broke through because it was a creative bit of advertising. (So did the other two in the campaign.)

Ad-tech is a wonderful thing, and can help marketers get the most out of their money. But beware of getting lured into the Marketing Tech Can Do It All Bubble. Ad-tech won't ever solve the marketer's primary problem: getting through to people. It might put a marketer next to people, but you still need something creative or engaging to make the connection.

American Standard's ad did those things. I might even remember the campaign the next time I'm in the market for a toilet. But I'll have to convince my wife. Despite liking the ad, she lives in the I Work in Commercial Construction Bubble and has some very strong opinions about toilet brands.

Ken Wheaton, the managing editor of Advertising Age, writes our Last Word column. His latest novel, "Sweet as Cane, Salty as Tears," was published in 2014.