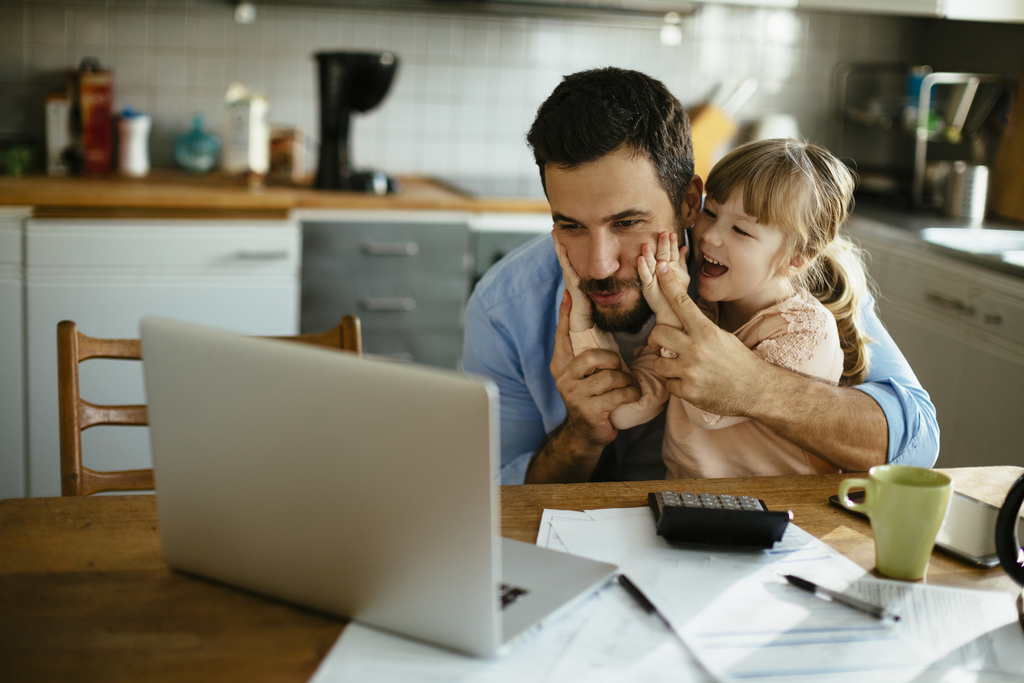 Since 2013, the digital parenting site Fatherly has named the “50 Best Places to Work for New Dads.” The annual feature has become one of the premiere showcases for workplaces with exceptional parental leave—and a natural partner for The List. Selected by Ad Age and our partners at Facebook, the group of industry executives (including Fatherly CEO Mike Rothman) is launching the “Ask About It” campaign in February to encourage conversations between employees and supervisors to discuss corporate family policies, so everyone knows exactly what their benefits are and whether they will meet employees’ needs.

Andrew Burmon, Fatherly’s chief content officer, spoke with Studio 30 about relaunching “Best Places to Work” as a certification program and digital platform called Fatherly at Work that assesses the benefits for working fathers at some 40,000 companies. Fatherly at Work will no longer rank the top 50 companies but instead will comprehensively list all that meet certain criteria as well as provide tools to help employees navigate the transition to working parenthood and, in particular, their interactions with their managers and co-workers.

What inspired you to change “50 Best Places to Work”?

One issue was, the list is great, but is it actually changing the marketplace and the way that fathers are treated? Over time, we found that the top 50 companies changed very little year to year. There hasn’t been a huge shift on the issue of paternity leave, but we noticed that even companies with exceptional benefits had absolutely no idea if anybody took advantage of them. The idea to do a certification program arose out of a desire to engage with more companies on the issue and also find out what they were actually doing rather than just describing their benefits.

Are companies measuring the effects of their leave policies?

Yes. For example, American Express not only has great benefits, but has programs urging their employees to take advantage of these benefits, and are tracking those who do. There are also companies that have great benefits, but it’s clear that very few people use them, because they are scared of how management will respond.

Do people consult their peers or superiors when they decide to take leave?

When we talk about paternity leave, it’s a conversation about expectations. If management has expectations that a father’s role is that of a “breadwinner” and not a caregiver, those men are going to show up to work regardless of whether or not they have paid leave. They’re going to be intimidated into coming to work.

How do we change those expectations?

The companies that successfully push their employees to take advantage of leave policies know the numbers. In 2010, after California mandated six weeks of paid parental leave, a study found that only 9 percent of businesses said there was an adverse effect. Ninety-one percent said mandated leave was good for profitability and performance, and 99 percent said it was good for morale. When you dig down, you come to the conclusion that parental leave is not actually that expensive.

How much does parental leave cost companies?

According to California’s Employee Development Department, the average cost of parental leave per employee is around $6,400. This is considerably less than the cost of replacing a skilled employee, which is about one-sixth their annual salary. It’s simple math.

What do companies risk by not offering and encouraging family leave?

There’s a common phenomenon among new parents when they’re stretched too thin and required to work, where they’re quick to reply to an email or Slack, but may only be giving the appearance of working. Ultimately, employers are losing work regardless, so it’s in their best interest to keep their employees happy and give them time off.

Which company has done this the best?

The company that springs most readily to mind is Patagonia. They have onsite childcare and generous leave programs. Working there is a fundamentally humane experience, and they’ve been able to make that part of their corporate culture, and have been able to profit from that.

What does the new certification method entail?

We reach out to executives and stakeholders in HR, explain that we have a certification program for companies that want to showcase their credentials, and send out surveys. Companies understand the potential value of being able to recruit people who aren’t necessarily parents, but understand they might become parents—or are already parents who care about corporate culture.

What lessons can Fatherly share with The List’s “Ask About It” campaign?

There are broader ramifications to corporate family policies. When men become fathers, they receive on average a 6 percent pay bump over the ensuing years, because through implicit or explicit bias they are perceived to be the breadwinners. Women on average make 4 percent less after becoming mothers, because of the perception that their priorities are elsewhere. If we can push successfully to allow men to be seen as caregivers, increasingly we start solving the problem of that pay disparity as well.

Beyond that, we want to celebrate the people who have their hearts and minds in the right place. We’re fighting history here, and the only way the problem gets solved is by more people having open conversations.

Learn more about The List and “Ask About It” at adagethelist.com.

Fatherly is the leading digital media brand for dads. Our mission is to empower men to raise great kids and lead more fulfilling adult lives. From original video series and deep dive reports to podcasts and events, Fatherly offers original reporting, expert parenting advice, and hard-won insights into a challenging, but profoundly rewarding stage of life.