P&G, Walmart Find Success as Moviemakers for Their Brands

With a Third Film Set to Air on NBC, Have Marketers Found Winning Formula for Branded Entertainment?
READ THIS NEXT
How restaurant chains are duking it out to be the best in their categories

LOS ANGELES (AdAge.com) -- Earlier this year, Procter & Gamble and Walmart teamed with NBC for what is deemed by many to be the new model for marketer-funded entertainment: a series of prime-time family movies produced by P&G Productions. The films are designed to lure consumers to buy P&G products at Walmart using original family movies and exclusive ad buys. 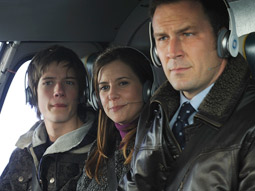 'The Jensen Project'
Just don't expect too many other brands to duplicate the model just yet -- not because they don't want to, but because only the biggest and mightiest right now have the resources to pull it off.

The two made-for-TV movies, "Secrets of the Mountain" and "The Jensen Project," were moderate hits by prime-time standards -- "Secrets" was the highest-rated program during its Friday-night premiere in April and was watched by more than 7.5 million, while "Jensen" finished second in its time slot in July with more than 4 million viewers. But as case studies for successful branded entertainment, they've become the holy grail of how networks and marketers can use entertainment to achieve scalable audiences, measurable product sales and active fan communities.

P&G, the world's biggest ad spender, and Walmart, the nation's largest retailer, first proved they could be arbiters of original entertainment in the late 1990s, when both companies were launch members of the Association of National Advertisers' Alliance for Family Entertainment. The initiative successfully lobbied to get family-friendly programs such as the WB's "Gilmore Girls" on air and identified families with children under the age of 18 as both the largest and most underserved potential viewing audience. Of those viewers, only 23% said at the time that they were satisfied with available family-entertainment options.

"One of the things that struck me to move down this path was some quotes from moms who said, 'We expect companies to follow where they put their ads and put their ads in appropriate content,'" said Marc Pritchard, P&G's global marketing and brand-building officer. "We took that pretty seriously. We listen pretty carefully to moms when they talk."

P&G has long been a leader in creating original content from its early days as the co-creator of some of the first radio soap operas in the 1930s on behalf of brands such as Oxydol to its creation of daytime soaps such as "Guiding Light" and "As the World Turns," each of which just recently ended their decades-long runs on TV and its launch sponsorship of The People's Choice Awards. Next year, the company will produce the first "interactive telenovela" for MTV with Ben Silverman's Electus.

But what makes P&G and Walmart's partnership more than simply a spruced-up movie of the week is its impact on sales.

Walmart devoted extensive front-of-store real estate to participating brands for each film -- including Tide, Downy, Pampers, Duracell, CoverGirl, Oral B, Swiffer, Pantene and Gillette -- to drive viewership for the telecasts. The DVDs, released the day after each film's premiere, were then featured prominently in Walmart's electronics section and became best-sellers, said Greg Warren, Walmart's VP-creative advertising -- no small feat, considering Walmart accounts for roughly 30% of DVD sales, according to NPD Group.

P&G, which spent a reported $4.5 million alone on the production of "Secrets of the Mountain," also reported a measurable increase in product sales and market share from the program. In an April conference call, P&G said that favorability scores for brands advertised on film increased 26% among moms who saw it, and purchase-intent scores for moms who saw the movie were 2.7 times higher than for moms who didn't see it.

Such a halo effect for both sponsors, as well as official broadcast partner NBC, might seem like other marketers would be scrambling to re-create P&G and Walmart's model. (Other marketers have long covered similar ground -- Hallmark and its "Hall of Fame" for example. But Hallmark worked without a retail partner on the scale of Walmart, and the films it produced now generally air on its own cable channel.)

But Jim Hoffman, NBC Entertainment's senior VP-sales and marketing, cautioned that the model is not that simple.

"It raises a lot of questions from other clients about the kind of resources that are needed," he said. "It's an enormous undertaking that needs a tremendous amount of resources, and not everybody has those capabilities. What's really innovative is how they're working together. It's almost like their commercial pods are very much part of the program."

Indeed, P&G and Walmart's custom commercials, created by Martin Agency and featured exclusively throughout both films, are perhaps the most significant investment from the project. P&G also had extensive product placement in the first film (for both its own and Walmart's Great Value house brand) and dabbled with some in the second -- the marketer's Pur water filter was featured in a storyline integration in "The Jensen Project." 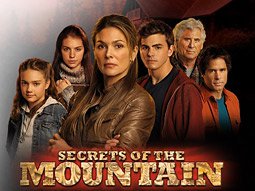 'Secrets of the Mountain'
Walmart and P&G spent a collective $2.7 million on measured air time during "Secrets of the Mountain," and more than doubled their investment for "The Jensen Project," for which they spent a combined $4.93 million on ad buys, according to Kantar Media. Spot buys for the later ran as high as $221,000 -- comparable to a top-tier broadcast drama such as ABC's "Desperate Housewives" or a Fox comedy like "Family Guy."

While the movies may not be the most beloved by critics (The New York Times wrote in July: "'The Jensen Project' may be friendly to family values, but it gives the cold shoulder to fun."), but they have been well-received among their core audience. The films were at least decent enough to pique the interest of four-time Academy Award nominee Ed Harris ("The Truman Show"), who stars in "Touching Home," an independent family film that he recently pitched to P&G and Walmart for potential distribution.

As the companies prepare a third film, "A Walk in My Shoes," for a premiere on NBC later this fall, Mr. Warren said the companies remain aligned in their common pursuit of underserved consumers.

"We've been very collaborative -- it's not like one person passes duties to the Procter folks. We're all around the room in our video conferences making comments. It's much easier to have these conversations when you're so clear on the end goal," Mr. Warren said.