Converse Uses Music to Market in China Despite Smaller Scene

Nike Subsidiary, Wieden & Kennedy Create Documentary About Bands on the Road
READ THIS NEXT
How restaurant chains are duking it out to be the best in their categories

SHANGHAI (AdAge.com) -- Converse is trying to build its brand in China through the company's long-standing connection with music, even though the mainland's original-music scene has taken root in few cities outside Beijing. 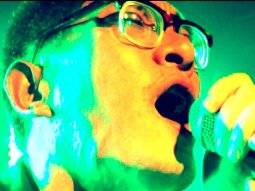 The musicians reveal their personal journeys on the road to self-expression in a documentary directed by Liu Feng
The Nike-owned American sportswear company has taken over its own distribution in China, moved senior marketing staff to China and put Nike ad agency Wieden & Kennedy in charge of a campaign centered on "Love Noise," a documentary film (as well as an integrated marketing campaign) about one of the most quintessential aspects of the music world: the road trip.

Two bands, 3,584 miles
In August 2008, two Beijing-based groups -- the post-punk-rock band P.K.14, already one of the most influential bands in China, and Queen Sea Big Shark, a hybrid dance-rock group -- traveled more than 3,584 miles by bus for two weeks. Alongside local bands in each venue, the two groups performed in six Chinese cities: Nanjing, Hangzhou, Changsha, Wuhan, Xi'an and Beijing.

As the tour and story unfold, nine featured musicians reveal their personal journeys on the road to self-expression. The documentary was directed by Liu Feng, a filmmaker who joined Wieden & Kennedy in 2005. The program was created by the independent agency with media-planning support from WPP's Mindshare. Both companies also work with Nike, which acquired Converse in 2003.

The documentary rolled out last month and will be distributed to consumers who purchase Converse shoes at local retailers through the end of March.

It's a risky move to adapt Converse's music-oriented U.S. strategy for China, because the country's independent music scene is still very small. On tour, unknown bands typically attract dozens or hundreds of people, not thousands.

"China's independent music scene doesn't have anywhere near the mass appeal it has in the West. It's at the pioneering stage at this point, but it is growing," said Cheryl Calegari, who relocated to Shanghai as Converse's senior marketing director for Asia/Pacific last January.

Close ties with music world
Converse has cultivated close ties with the music world for decades. The Chuck Taylor All Star and other Converse shoes have been worn by music legends such as Sid Vicious and Blondie, and Converse created a special-edition shoe for Kurt Cobain.

"Throughout our 100-year history, we've always celebrated art, music and fashion, so it was a natural fit for us to be a part of what's happening in China," Ms. Calegari said. Before joining Converse in 2005, she worked with fashion brands such as Tommy Hilfiger and Kenneth Cole.

Ms. Calegari arrived in China at about the same time the Nike subsidiary stepped up its presence in the mainland. It has increased its marketing investment and last year switched from a licensing setup to a distributor model. Converse shoes are now sold in more than 1,800 retail outlets in China. 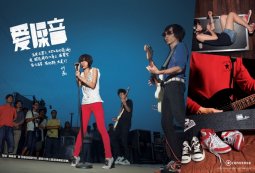 The tour is promoted in Converse ads created by Wieden Kennedy, Shanghai
The concerts attracted about 600 people in Beijing and roughly 200 in five other cities. But they also drew significant local media attention, Ms. Calegari said, and were accompanied by on-the-ground activities. "There was also live blogging, driving traffic and chatter for fans of the bands in the digital space."

Although Ms. Calegari said she expected some cultural differences when she arrived in China last year, she found the brand's values striking similar to those in the U.S.

"It's still about teenagers discovering their uniform. Converse helps teens show their individuality and uniqueness, whether they write on them or depending on which colors they wear or whether they mix up the colors in one outfit."

'Love Noise' campaign
Late last year, Converse launched a marketing campaign, also called "Love Noise," to promote the documentary and the brand's commitment to creativity with images, music and video from the road trip in print, out of home and digital media, as well as SMS animated shorts, said Wieden's Nick Barham in Shanghai. Mr. Barham and Nick Cohen were co-executive creative directors of the documentary and the campaign. 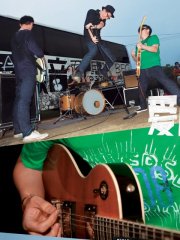 Love Noise is the largest Converse campaign in China to date
The brand's China website, converse.com.cn, features a "Love Noise" studio, where users can customize ringtones, wallpapers and graphics to share with friends. They can also view streaming videos of live performances, behind-the-scene clips of the bands on tour, artifacts from the band's journey, and a photo gallery and animated clips of the bands and their friends.

Nike doesn't separate out revenue for its subsidiaries, which in addition to Converse include Cole Haan, Hurley International, Nike Golf and Umbro, but said in a statement that those brands accounted for $2.68 billion of the company's $18.6 billion in revenue in fiscal 2008. The subsidiaries' revenue was up 16% from the previous year, the company said.