Given Proper Marketing Support, Opportunities Abound for Slate of Smaller Films
READ THIS NEXT
How restaurant chains are duking it out to be the best in their categories
'The Kids Are Alright,' starring Annette Bening and Julianne Moore, made its debut at Sundance earlier this year.
Credit:

For all the talk about how movie studios were concentrating their spending on franchises and well-known properties with pre-sold audiences, if you look at the release schedule for the rest of the summer season, there seems to be an oddly high number of smaller, original films coming out. Mixed in with a handful of big-budget star vehicles are quite a few films that have built a slow but steady following through a series of festival screenings and focused publicity.

Don't make any mistake: There's still plenty of franchise action to be seen at the local multiplex. (Are there enough single-screen theaters still in existence for "multiplex" to still have any meaning?) But in between "Sex and the City 2," remakes of "The Karate Kid," the latest entry in the "Twilight" series and the summer's most anticipated flick, "Step Up 3-D," there are movies that seem as if they would be more comfortable in the fall or winter, when titles that have aspirations more of art than commerce are usually released.

What's behind this seeming resurgence of the high-end indie market? You know, the market that was supposed to be dead so long ago that the house has already been sold and the proceeds already divided, including the bequest to its church for new stained glass?

In part, this is coming out of what seems to have been a pretty strong festival season earlier in the year. A number of movies coming out this summer debuted -- or at least had strong showings -- at Sundance and other festivals earlier in 2010. "Get Low," "Cyrus" and "The Kids Are Alright" are all titles that have been around the festival circuit for a while, have garnered positive reviews from those appearances and are now being prepped for release during June and July -- despite their notable lack of either explosions or Megan Fox. 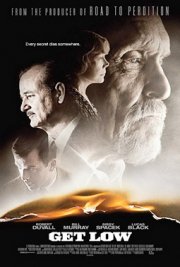 Part of this might be the desire for counter-programming. Two of the movies mentioned, "Get Low" and "The Kids Are Alright," come from two of the last few remaining niche divisions of large studios that are likely looking to keep up a presence at the urban art-house while also seeking to dominate those suburban theaters with luxury seating. Part of it might be because these studios see the opportunity to actually make money by presenting -- from an artistic point of view -- a quality product to the audience.

It also could be that this summer is, not withstanding "Iron Man 2" (already almost a month old), "Toy Story 3" in a few weeks and the aforementioned "Twilight: Eclipse," looking a tad anemic. If you were to ask a serious movie fan what they were looking forward to on the mid-year release schedule, I don't know of more than a couple movies that would make their lists until you get to August for the debut of "Scott Pilgrim vs. the World," the comic adaptation from director Edgar Wright. So it's not looking like each weekend is going to bring with it another record opening. Heck, after three weeks of release, "Iron Man 2" is still the No. 2 movie in the U.S., something that shouldn't really be happening right now. So there certainly appear to be opportunities for a smaller movie, even one in limited release, to make a relatively big splash on the box office charts.

Granted, it's not as if these films are going to be on 4,000 screens after a full-bore TV campaign and the marketing support of, say, "Jonah Hex" or "Predators." Even so, to have such a relatively high number of smaller, more artistic movies coming out during the summer seems unusual.

Whatever the root cause of this mini-resurgence of smaller, more character-driven films, it certainly shows that there's life remaining in the high-end prestige film market. Now it's up to the studios, which have granted them high-profile summer-release slots, to give these films a level of marketing support that will result in the movies actually being seen.