LOS ANGELES (AdAge.com) -- Bad news, celebs: The era of simply slapping your name on your own fashion brand and waiting for royalties to roll in is over.

LL Cool J's line of apparel at Sears is now being advertised at up to 50% off online.

Following the worst holiday shopping season in four decades, numerous retailers are going bankrupt or being liquidated and taking celebrity brands down along with them. The recent rash of retail-store woes underscores that nascent (some might say marginal) celebrity fashion brands are far from immune from the recession.

Hanging by a thread

At troubled retailer Sears, where same-store sales were down 12.8% last December, fashion insiders say rapper-cum-clothier LL Cool J's apparel line is hanging by a thread, now being advertised at up to 50% off online.

Sears declined to comment on sales of the collection, which was announced only last May. "At this point, we are still offering [the line] for fall back-to-school," a Sears spokeswoman said, adding, "We're working on the assortments right now and might edit some things as we see what's resonating."

If Cool James fails at Sears, he won't be alone in the cold. Ashley Judd launched the Ashley Judd line of apparel at 355 Goody's stores in 20 states in 2007. By the start of this month, Goody's was being liquidated, and the rights to Ms. Judd's clothing line were being auctioned off along with Goody's bankrupted stores. It's unclear whether the actress will attempt to launch a new one elsewhere. Ms. Judd, through her spokeswoman, declined to comment for this article.

Even celeb lines that were selling well have been pummeled. Low-price retailer Steve and Barry's went bankrupt last November and will liquidate all 270 of its stores this year, leaving Sarah Jessica Parker's Bitten line of clothing -- perceived to have been a hit -- without a retail partner, at least for the foreseeable future. Other Steve and Barry's refugees include Amanda Bynes' Dear line, tennis star Venus Williams' Eleven and surfer Laird Hamilton's Wonderwall.

Ms. Parker's representatives at Creative Artists Agency declined to comment on the future of her clothing label. Insiders familiar with her plans, however, said she still controls the rights and is in talks with several interested retailers about placing it.

'Have to work harder'

Dan Butler, VP-merchandising and retail operations at the National Retail Federation, said more celeb lines inevitably will disappear. The industry has been posting dismal sales for months, including its worst holiday season in decades. And thanks to the fast-moving fashion cycle and dire economic times, "celebrity lines do have to work harder to be relevant," Mr. Butler said.

In this economy, as with perfume, a little goes a long way -- especially when it comes to price. 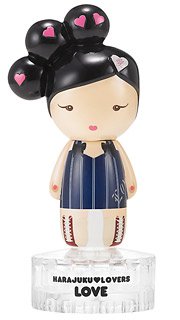 Pop star Gwen Stefani's fragrance Harajuku Lovers is technically more expensive than her first top-tier scent, L, but is being sold in bottles five times smaller than the industry standard, and therefore at lower prices per unit. Harajuku Lovers, launched in September, quickly broke into the top 10 fragrances this holiday season.

"We're all much more price-sensitive," said Lisa Jacobson, head of United Talent Agency's brand-licensing department, who launched Ms. Stefani's LAMB apparel and fragrance business. "If you were in higher-tier distribution, you're looking at making the product more accessible."

Indeed, when Latina lifestyle icon Daisy Fuentes launches her new line of eyewear this May, it will be at Walmart, not at the mid-tier Kohl's, which has carried her clothing lines since 2004, and which is estimated by insiders to have sold $400 million worth of retail goods since then. (Kohl's called sales of Ms. Fuentes' brands "strong" but declined to comment further.)

"The consumer that shops at Saks is also shopping for paper towels at Costco or Sam's Club, so the celebrity has to keep in mind that the consumer is much smarter than they used to be about perceived value and quality," Mr. Shyer said.

He said he expected to sell between $40 million and $50 million worth of Daisy Fuentes brand frames in the next two years via Walmart and other partners.

Natalie Zmuda contributed to this report.