What Did and Didn't Work for Studios This Season (*OK, So It's Not Really in 3-D)

LOS ANGELES (AdAge.com) -- Like any sequel, you've seen this one before: Hollywood pulled out all the marketing stops again this summer as the major studios tried to ride last year's box-office high. Witness the overblown promotions for Paramount's "Iron Man 2" and "The Last Airbender," Warner Bros.' "Sex & the City 2" and Disney's "Prince of Persia."

Nostalgia was one big theme -- for example, the same-weekend openings of '80s flashbacks "Karate Kid" (Sony) and "A-Team" (Fox), not to mention the release of Fox's "Predators" and the movie that seemed to be made in the decade of Velcro and Casio, Lionsgate's "The Expendables."

But familiarity often breeds contempt, as evidenced by the poor performance of Universal's attempted reboot for "Robin Hood," not to mention the underperforming sequels in the "Iron Man," "Sex & the City" and "Shrek" franchises. Those four films alone were largely responsible for Hollywood's weak May performance, with box-office grosses down 11% and attendance off a worrisome 19%, enough to make any movie exec squeamish about the months to come.

Luckily, families, 3-D and animation ruled, to a point where it seemed like all Hollywood marketers had to do was show a clip of a cute cartoon character to guarantee big box office. Even Universal rebounded from an otherwise crappy summer slate by scoring a surprise hit with the non-sequel "Despicable Me." Originality was also in the mix, despite Hollywood's fallback on sequel and franchise mania when the weather gets hot: Warner Bros.' "Inception" backed up the early buzz by packing audiences in for repeat viewings, and Sony Pictures' "Salt," though riffing on the popularity of Jason Bourne and James Bond, still rode a smart marketing effort -- and that rarity these days, star power -- to open big despite following "Inception" by a week.

As of Aug. 16, Hollywood's summer grosses were up 3% vs. last season, but attendance was down 2.49%, according to Hollywood.com, a sign that studios will have to work harder to get people to keep coming back to the movies this fall.

So which marketing departments earned their keep this summer? Like much of the movie slate, it's been a mixed bag. So we tallied each studio's summer box-office receipts and gave extra weight to exceptionally smart (see: Sony Pictures, Warner Bros., Focus Features) or exceptionally clumsy marketing (see: 20th Century Fox), all culminating in our summer movie marketing report card (with a nod to the Los Angeles Times' Anne Thompson, who has written a similar report for years). Read on to see which studios made the grade.

The studio, along with its Columbia division, impressed this summer -- it won the nostalgia war in positioning "Karate Kid" as more than a retread. It also did a good job building buzz for "Salt," the Angelina Jolie action thriller that capitalized on the star's name above the title. (Not to mention rolling out an online game that was arguably more popular than the movie.) Add to that the surprise smash of Adam Sandler's ensemble comedy "Grown Ups" ($158 million domestic gross alone), the distinction of making Will Ferrell funny again ("The Other Guys" is on pace to be his highest-grossing movie in over three years) and the relaunch of Julia Roberts' career as a leading lady (a solid $23.1 million opening for "Eat Pray Love") and you've got the only major movie house without a single flop on its slate this season.

Seemingly no expense was spared to get the summer movie-hype machine going with "Iron Man 2," as the studio and partner Marvel Entertainment roped in 11 marketing partners that led to a $100 million marketing bonanza. Though the sequel ultimately underperformed its predecessor, it's safe to blame lukewarm word-of-mouth and not a lack of awareness. Paramount also weathered the spotty track record of director M. Night Shyamalan and some of the year's worst reviews to turn "The Last Airbender" into a surprise hit by playing up the film's special effects and toning down the cartoon adaptation's controversial (read: non-Asian) cast.

WARNER BROS.: A (FOR "INCEPTION"); C (FOR EVERYTHING ELSE)

There was no hiccup in Warner's marketing behind "Inception," even if all it had to do was say "Christopher Nolan" and "Dark Knight." While the film was not shot in 3-D, Warner kept the focus on the dreamscape and not the story, and it smartly let the fans do the talking. Even the PR was handled smartly, with Nolan and Co. keeping mum on some of the film's most alluring "How'd they do that?" details. And yes, "Sex & the City 2" might have been a bloated mess, but the marketing strategy, like that of "Iron Man 2," was to excite the fans from two years ago. Still, that doesn't excuse costly bombs like "Jonah Hex," "Splice" and the artfully titled "Cats & Dogs: The Revenge of Kitty Galore," which somehow cost the studio a reported $85 million to produce.

"The Twilight Saga: Eclipse," like many tentpoles, might not have needed the marketing support that went into it (including returning partners such as Volvo, Burger King and Nordstrom), but the studio has to keep its franchise alive amid a lot of vampire competition (and possible vampire fatigue). Alternately, Summit had a very quiet success on its hands with "Letters to Juliet" ($52 million), offering the growing base of movie-going teen girls something more than only bloodsuckers.

Kudos to the Universal Pictures boutique for rolling out two crowd-pleasers during the summer, the documentary "Babies" (which was supported by the largest promotional program ever for a documentary, with 10 marketing partners) and the year's biggest indie hit, "The Kids Are All Right."
LOSERS:

UNIVERSAL: A- (FOR "DESPICABLE ME"); C (FOR EVERYTHING ELSE) 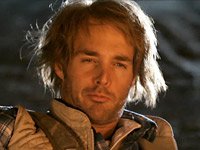 Starting off its summer slate with the year's biggest bomb, "MacGruber," meant things could only get better for Universal, right? Not quite. "Robin Hood" wasn't marketed to look like anything but a "Gladiator"-esque take on the same old story; "Get Him to the Greek" performed OK for a mid-priced comedy but failed to surpass its predecessor, "Forgetting Sarah Marshall"; while "Charlie St. Cloud" proved that Zac Efron doesn't have many fans outside of "High School Musical." Then there's "Scott Pilgrim vs. the World," swollen with hype and an estimated $100 million production and marketing budget, which debuted to a middling $10.6 million. Only "Despicable Me" outperformed expectations -- and by a landslide, as it's on pace to bank a half-billion in grosses for the studio globally. Thank marketing partners such as Best Buy, which chipped in for its first theatrical in-store promotion. 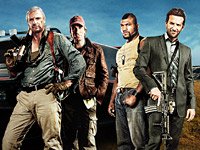 Fox should really avoid the '80s at all costs. Reboots of "The A-Team" ($76 million) and "Predators" ($50 million) flopped, while Tom Cruise vehicle "Knight & Day" ($74.8 million) was apparently marketed so poorly the studio's own marketing chief, Tony Sella, told the Los Angeles Times he took the blame for obscuring the movie's star in his advertising. Even "Ramona & Beezus" proved to be the exception to the family-friendly rule this season, perhaps because the Beverly Cleary adaptation was about 30 years too late for some fans of the books. 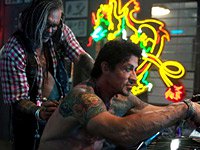 As Carl Icahn looms over the studio's balance sheet, some major marketing opportunities were missed in selling Katherine Heigl-Ashton Kutcher vehicle "Killers" as something more than a bad version of "Mr. and Mr. . Smith" (where was Ashton's Twitter feed?). "The Expendables" performed strongly during one of the most competitive weekends of the summer, but the majority of the film's awareness goes to Sylvester Stallone and his mammoth cast's PR appearances than any particularly strong play from Lionsgate's marketing team. 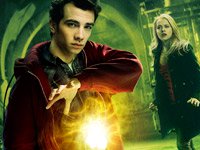 Sure "Toy Story 3" now bears the distinction of being the highest-grossing animated movie of all-time but that's a) because of inflated 3-D ticket prices and b) thanks in little part to the marketing, seeing as it's a huge Pixar franchise with a built-in fanbase. Elsewhere, the $200 million epic "Prince of Persia" couldn't translate its video-game success into a domestic hit ($89 million), though it's performing well overseas, and "Fantasia" spinoff "Sorcerer's Apprentice" couldn't buy enough sponsored tweets to get good buzz, settling for a $57 million take thus far. Looks like new studio chairman Rich Ross and new marketing chief MT Carney have their work cut out for them.