Her Tour Might Be Over, but Lexus Sticks With Alicia Keys Partnership | Ad Age
Skip to main content

Her Tour Might Be Over, but Lexus Sticks With Alicia Keys Partnership

CHICAGO (AdAge.com) -- Alicia Keys' tour to promote her third studio album, "As I Am," drew to a close in New York's Madison Square Garden last night. But title sponsor Lexus is just getting rolling. The automaker leveraged opportunities at each concert site, and is now using Ms. Keys in radio ads. Webisodes with concert footage will become available June 30 on LuxuryAwaits.com, a website highlighting the marketer's alliance with the singer. 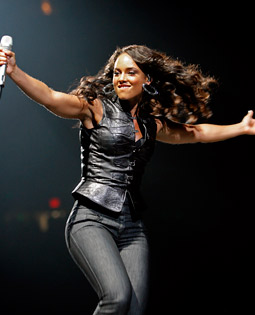 Alicia Keys performing at New York's Madison Square Garden last night.
Credit:
AP
At an early June show in suburban Chicago's Allstate Arena, I was packed tightly between a beautiful young African-American woman and my shy mother from Kentucky. (Both women were dancing with vigor. They also seemed to be wearing the same blouse.) Ms. Keys, in painted-on jeans, a flowing top and yards of perfect curls, sang, played, advised and begged the audience to donate $5 to combat childhood AIDS. She was joined onstage by an exceptional band, a cadre of dancers and a pair of tiny, boisterous backup singers.

Reaching out
"One of the things we really wanted to do was reach out to African-American women," said Aaron Walton, co-founder of Walton/Isaacson, Lexus' African-American agency of record. "This tour allowed us to do that in an elegant and seamless way that was consistent with the Lexus brand as well as Alicia's."

Mr. Walton acknowledged that the marketer is just beginning to make inroads, but African-American women were out in force in Chicago. Many seemed just as excited to see Ms. Keys' opener, Ne-Yo, an R&B singer and undeniable eye candy. 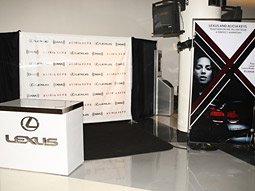 Concert-goers who spent time in the Lexus lounge could register for a seat upgrade by providing some personal information. Organizers chose a handful of the folks with the worst seats in the house and gave them spots in the front row. Winners only had to stand up and wave at everyone from the nosebleeds before moving on up. From the front, they could likely see Ms. Keys sip Smartwater (another brand she has endorsed) while musing to the audience from her piano bench.