Lexus and Ocean Spray are among the brands breaking through with younger consumers, according to the inaugural Ad Age-Harris Poll Gen Z Tracker
READ THIS NEXT
Top marketers depart Unilever and Kimberly-Clark
Credit: Lexus

The poll marks the debut of the Gen Z Brand Tracker that Ad Age will publish quarterly in partnership with Harris Poll. It ranks brands by how much their equity has changed with Gen Z—that is, how much this generation’s perception and intent regarding these brands is changing from quarter to quarter. The first edition ranks brands by the progress made in the fourth quarter of 2021. It surveyed consumers ages 18-24; younger members of Gen Z are unable to answer without adult supervision, so are excluded from the analysis.

Brand equity is made up of an average of factors that include momentum, consideration, quality and familiarity. These factors also reveal extra information about the particular ways in which a brand is appealing to Gen Z: for example, high “quality” numbers indicate that Gen Z thinks a brand’s products are good quality, while high “familiarity” and “consideration” numbers could mean Gen Z is just starting to learn about the brand.

According to Harris Poll CEO Will Johnson, this increased familiarity and brand equity with Gen Z comes as brands “continue to invest in partnerships, channels, and activities closer aligned to (this generation’s) experience.”

Below, some key takeaways from the poll.

New media strategies pay off for Lexus and Hyundai

Lexus, the Toyota-owned luxury brand, topped the list, showing that its TikTok micro-influencer partnerships and e-sport sponsorships are paying off, said Johnson. The brand has rolled out several initiatives to reach younger consumers, moving its media spend away from TV and investing in platforms such as TikTok as well as through music and gaming. Moves have included a partnership with fashion collective RTFKT to create a Lexus-inspired shoe. Lexus even built a car especially for gamers (only one was made, but it led to valuable PR). It also created an original song, “No Ceiling,”  to put in one of its ads.

The brand is also working with NBC’s Peacock streaming service this year to place its Lexus NX in its revamped “Bel-Air” series. Lexus characterized Gen Z as “the future of the luxury vehicle market” in an email to Ad Age.

Hyundai, which placed 17th in the poll, has used the metaverse to let younger audiences take drives on Roblox. In 2020, the automaker also jumped into a partnership with South Korean boyband BTS.

'Doggface' and Kanye score for Ocean Spray and Gap

Ocean Spray, which claimed the poll’s second spot, “continues to ride the wave of popularity from the organic viral hit on TikTok,” said Johnson. In 2020, the brand struck a deal with TikTok user 420doggface208, whose real name is Nathan Apodaca, after a video of Apodaca skating to a Fleetwood Mac song and drinking the brand’s juice went viral. Ocean Spray’s CEO saw his Twitter followers double in 48 hours after he recreated the video on his own skateboard. The brand, which has been around for almost a century, subsequently partnered with Apodaca for a TikTok campaign during the Super Bowl.“We know the Gen Z customer look(s) for brands to be unapologetically authentic,” an Ocean Spray representative told Ad Age this week.

The poll also reveals that Gap’s partnership with Kanye West might be moving the needle for the brand with younger buyers, along with a trend of 90s fashion resurgence, said Johnson. The retailer ranked eighth. Kanye West’s Yeezy Gap line—part of a ten year partnership and that includes a hoodie available in black and royal blue–was announced in 2020 and aired its first TV this January. The retailer backed it with a TV ad that first ran in January during the College Football Playoff National Championship on ESPN.

Venmo—which placed third in the poll—is benefiting from Gen Z’s embrace of digital payments. An Emarketer report in November noted that nearly 70% of Gen Z respondents plan to continue using contactless payments after the pandemic.

Also cracking the top five is USAA, which provides retirement, banking, investment and insurance services with a focus on military families. It has focused on platforms popular with Gen Z including Pinterest, TikTok, Facebook and Instagram, Chief Marketing Officer Mayra Rivera stated in an email. The brand’s research showed that this generation values flexibility, said Rivera, which led the company to emphasize its flexible insurance choices and a range of ways to save money.

“If I liked all of the content that we put into market, I’d be concerned as I’m not necessarily the demographic we are trying to reach!” she joked.

Cereal on the rise

Cereal became more popular during the pandemic, with teenagers and young adults eating it outside of breakfast hours. And the poll shows that the momentum continued into the fourth quarter for a couple brands.

General Mills-owned Cinnamon Toast Crunch dealt with a bit of a PR problem in early 2021 when a comedian gained attention for claiming he found shrimp tails in the cereal. But if there was any brand damage with younger buyers, it evaporated by the fourth quarter, as the brand placed ninth in the poll. The cereal’s recent moves to appeal to younger buyers include Cinnamoji, a limited edition version that puts emoji faces on its cereal. It also has partnerships with Olympic snowboarder Chloe Kim and the NFL’s Justin Jefferson. Teenagers were also offered the chance to get free cereal delivered to their homes.

Trix, also under General Mills, placed 24th  in the poll. Not all of its moves targeted Gen Z, however. It courted millennials near the end of 2020 by reverting to 80s nostalgia that included working with Mario Lopez of “Saved by the Bell” fame.

Plenty of sports betting brands are courting younger gamblers. But Betrivers made the most fourth quarter gains, according to the poll, where it placed 18th. 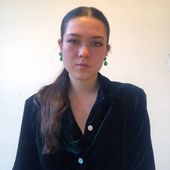