Leading people is more about people than leading

Insights from 20 years of leading an agency team: Opinion
READ THIS NEXT
Marketing winners and losers of the week
Credit: iStock

Twenty years into this crazy business, here are some of the insights I’ve learned about leading other human beings. There’s nothing neat, tidy or formulaic about this collection, just some thoughts that seem worth saying out loud so good folks like you can consider applying them to your business and life.

Change you to change them

Contrary to popular opinion, people can change. Maybe people don’t change the way you want them to, but they can change. Our job is to bombard them with the right stimuli and reinforcement so they evolve into ever more compassionate, tolerant, motivated and accomplished colleagues. If they don’t, we have to look at our own influence in that less desirable outcome. The role of the leader is more than setting expectations and putting management on autopilot.

Perspiration is the result of tireless work to gain understanding and push projects forward, however incrementally. But regular stretches of idle thought (go ahead and take that walk sans the headphones) are the fertile ground from which inspiration springs. Create this precious space and time, for yourself and those you lead.

Ask yourself this question

Why do you do what you do? If the answer is money, then go ahead and plan to sell. Every decision you make should be with that in mind. However, if what gets your blood pumping and your brain dancing is the work or the people or the saving of beloved brands, you can create your world to suit you. And the people, the work and the compensation are enough—and enough is good.

Side with the whole of humanity

Solidarity should be seen as shared human existence, not something that merely defines a particular nation or ethnicity or religion or political party or fanbase or any other circle that can be drawn to indicate who’s in and who’s out. In business, the trick is to inspire teams and business units while being aligned with humanity as a whole.

Focus on anything other than you

Self-focus quite naturally leads to individualism and competition that result in anxiety, insecurity, FOMO and worse. The opposite is being other-focused. In leadership terms, the decisions that the ego drives will be the worst decisions you make. Protecting your self-interest or control is not leading, it’s arranging people and things for your benefit. When you are making “other” the focus—the good of the whole, the health of the company, department or team—that’s when you are, in fact, leading.

It’s easy to say and do the right thing in the days of wine and roses. It’s also relatively easy to avoid the unpleasant sit-downs, to pass them off to someone else or to not say what needs to be said. And it takes practice to engage in hard conversations and come away feeling at peace. This is a skill worth developing: to be daringly honest with someone, but simultaneously full of compassion for them. If you can do this, you can come face-to-face with anyone, even your true self.

We love a fighter—someone taking on the system. We applaud the aggressive cause warrior, fueled by passion and a vision of a better world. And then there are the complainers. The grumblers. But don’t weed them out just yet. They could be what Adam Grant calls “Disagreeable Givers.” They might seem tough on the outside and aren’t afraid of pushing back or being critical, but underneath it their hearts are in the right place. That makes them quite valuable to an organization. This is one case where understanding intention matters. Learn to probe what’s behind the criticism. That’s precisely where complainers are exposed.

God is a creative. There are 400 different species of beetles. That’s a creative for ya. Once He created them, He couldn’t cull it back to 399. That’s the dead giveaway. Now, if God had a creative partner, a CD, a strategist, a couple of account types, a few layers of clients, and some qual and quant, He’d likely still be working on Round 2. Want to make your mark for all eternity? Don’t control creativity. Unleash it. Cling to “what if we” over “yeah, but.”

Solve uncertainty the way you always have

People who are starting or who own an ad agency are afraid in uncertain times. We know. We were born a month after the dot-com meltdown of 2001, and a few months before 9/11 took the whole global economy down. But 20 years later, moment-by-moment, the way forward was the same. What is uncertainty but merely something to be solved by Time plus Creativity? Which is to say, it follows the exact path of every assignment you’ve ever done. So, take a breath. And get to work. 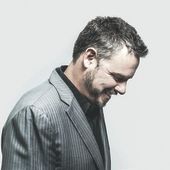 Paul Venables is founder and chairman of Venables Bell + Partners, an independent agency with headquarters in San Francisco and outposts in New York and Austin. The agency, which has appeared on both Ad Age’s Agency A-List top ten and Best Places to Work, is celebrating its 20th anniversary this year, and counts Audi, Chipotle, 3M and Reebok among its clients.

Playboy names Cardi B as its first creative director in residence

Sean ‘Diddy’ Combs wants to buy his brand out of bankruptcy