Sanitary protection brands aren’t often big winners at Cannes. But Libresse from Sweden’s Essity came away with the Titanium Grand Prix, the most coveted award from the International Festival of Creativity, for its #WombPainStories campaign from AMV BBDO. The brand also won the Grand Prix for Good, Film and Film Craft, an amazing four, for work that included a “Pain Dictionary” describing what it’s like to suffer endometriosis. That tops the previous sanitary protection record for Procter & Gamble’s Always, which won a PR Grand Prix and Glass Lion in 2015.

Google might rule the digital world, but its move this week to delay its “cookie deprecation” in the face of widespread industry pushback shows its power isn’t infinite.

Marriott is the latest brand taking a leap into TikTok. The platform is part of a major campaign from the hotel chain, which is trying to seize on the renewed interest in travel. This story on the effort proved to be one of the most popular stories of the week on Ad Age, according to reader engagement.

Pizza Hut is now the official pizza of Twitch Rivals, the gaming platform’s esports program. As part of its partnership, Pizza Hut is bringing its limited-run “Friday Night Bites” to Twitch Rivals as a monthly show. The series puts celebrities and creators like T-Pain, Hannah Stocking and Jerry Ferrara in pizza-themed challenges and viewers can win prizes, Episodes of its six past shows saw over 1 million views, with concurrent views of around 77,000. The first episode launches today at 3 p.m. PT, featuring ESPN host Arda Odal, Twitch streamer EEvisu and T-Pain. Pizza Hut will also do a branded broadcast integration during the Twitch Rivals championships.

E.l.f., the mass cosmetics brand that made one of the first big splashes on TikTok two years ago, never lets up on experimenting with new social platforms. Its latest foray comes in a fairly unexpected place, social storytelling platform and global entertainment company Wattpad. An #EyesLipsFierce Write-A-Thon contest launched with Wattpad has attracted more than 10,000 entries, the second largest ever from a U.S. brand. Every story generated a $1 donation for Girls Inc. It’s the first beauty brand to try Wattpad.

To veggie or not to veggie?

Don’t count out veggie fast food just yet. The meatless sector took a blow this week when Dunkin’ confirmed it was dropping its Beyond Sausage sandwiches from most locations. But other restaurants are pressing forward with new vegetarian items. Taco Bell is testing a plant-based version of its naked chicken chalupa, which usually features chicken as the shell. The new shell, which is American Vegetarian Association-certified vegan, is made with a pea protein-based blend. It’s being tested at a single Taco Bell in Irvine, California. Taco Bell is still working with Beyond Meat on plant-based protein, but this item was, um, cooked up in-house. Wendy’s this week announced a spicy black bean burger being served in Columbus, Jacksonville and Pittsburgh. And California Pizza Kitchen is adding a chickpea pizza crust in certain Southern California and Florida restaurants. The crust is made with chickpeas, chia seeds and honey.

In 2006, Twitter’s first bird logo was purchased on iStock for $15: pic.twitter.com/d60bTA9WVr

“A comprehensive ban on advertising, promoting and sponsoring cannabis would ensure that public health interests prevail over business interests.”— the United Nations Office on Drugs and Crime on why it is calling for a global ban on cannabis advertising. The New York Post has more here.

7,200 square feet: The size of a new experiential store Lego opened this week in midtown Manhattan.

Dropps CEO gets his stink on

Lee Iacocca never did it quite this way. Jonathan Propper, the remarkably deadpan CEO of direct-to-consumer household cleaning brand Dropps, returns to video to promote the concept of “Permastink” in workout gear and his Active Wash pods to get rid of it. Propper helped propel his brand, with the selling line “powerful cleaning from nature” to rapid growth during the pandemic with his “Naked Truth” spot shot in a bathtub, which has racked up more than 2 million YouTube views since February 2020. The scripts for the new spots were written in-house and produced by Colbert Studios.

American Express launched its “Let’s Go” campaign on June 21st, encouraging customers to shop small this summer, either in person or virtually. The campaign debuted on a variety of platforms, including a collaborative Pinterest page with inspiration for shopping local. American Express also teamed up with Waze, marking small businesses on the app’s map and allowing users to add them to their ride, or save for later. The campaign features work from in-house agency OnBrand in partnership with dentsu mcgarrybowen, UM and Barbarian. 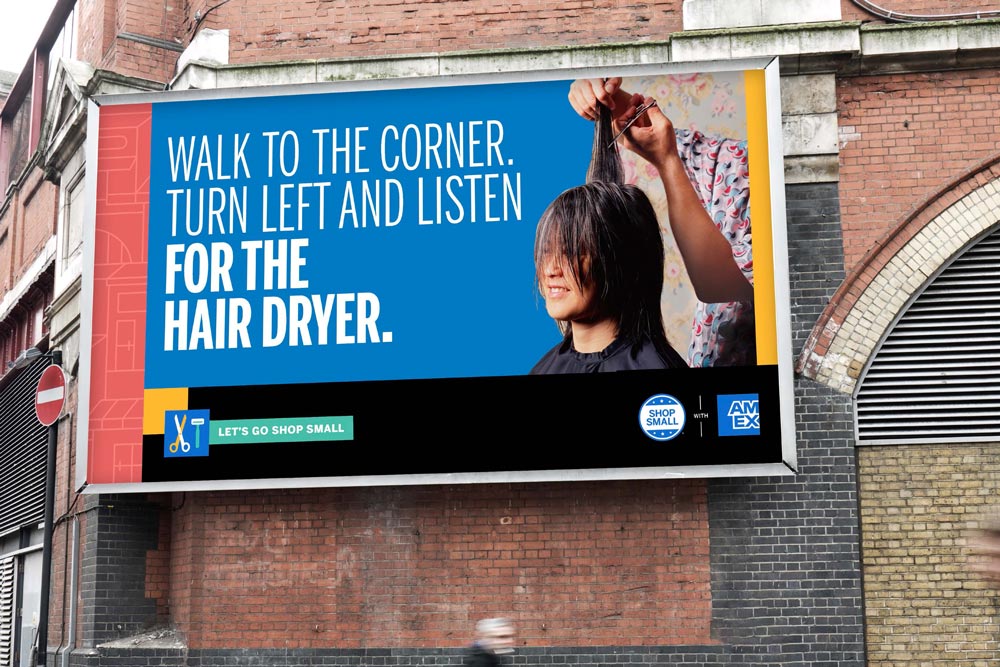 Wayfair’s new “No Place Like It” campaign celebrates the homes that have become our whole world over the past year. With three creative spots, Wayfair highlights real customers and products. They’ve also launched two YouTube shows, Finishing Touches, a makeover miniseries, and Swapping Carts, where two contestants (such as coworkers, partners, siblings, or friends) design a new space for each other using Wayfair’s online inventory. Wayfair partnered with VSA Partners for strategy and concept, and then produced the new campaign in-house.

Krystal’s former VP of marketing, Alice Crowder, returned to the burger chain as chief marketing officer. Crowder was at Krystal from 2014 to 2018 and was most recently the head of menu strategy and innovation at Tropical Smoothie Cafe.