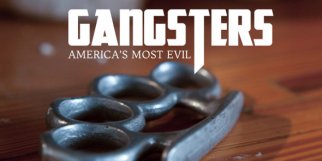 A current series on Bio Channel

The revamped network will provide contemporary lifestyle programming meant to inspire personal creativity, according to A&E Networks, and will span topics such as food, travel and home design rather than focus on a specific area.

FYI will arrive next summer, A&E Networks said, under Jana Bennett, who has been president of Bio and sibling channel LMN since June.

"The transition to FYI is the next phase in our strategy to bolster the A+E Networks portfolio by evolving and maturing our brands to allow for future growth in the rapidly changing media landscape," said Nancy Dubuc, president and CEO of A&E Networks, in a statement. "FYI will be an upscale network with a younger and more modern sensibility than what we've seen on traditional lifestyle networks, in an effort to appeal to an audience that has been underserved on linear but thrives online."

FYI is currently in active development on more than 30 potential new series, according to the company.

The Bio brand will continue to exist on various platforms throughout the U.S., the company said.