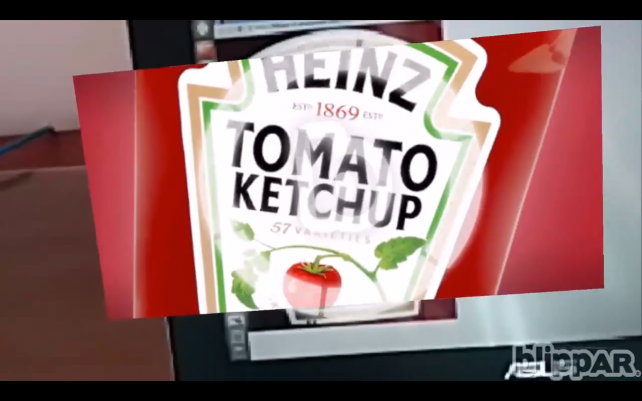 Augmented-reality startup Blippar today showed off an app that enables Google Glass to recognize certain images and products and call up more information about them.

It's thought to be the first image-recognition app for Google Glass, according to Ambarish Mitra, CEO and co-founder of Blippar. Mr. Mitra introduced the app at the 2014 Mobile World Congress in Barcelona.

The technology is an extension of what Blippar is already doing with its mobile app: letting users scan an image or product for more information or extra features that appear on their phones. The company has worked with a number of major brands and publishers, such as Coca-Cola, Heinz, Meredith and Time Inc., to extend print pages onto mobile devices.

Mr. Mitra argued that the Glass app has serious implications for media and marketing. But it won't appear to fill the air with unbidden ads a la "Minority Report," where consumers are targeted with marketing pitches as they walk through a shopping mall. Instead, the technology animates objects and print pages -- a bit more like Aha's "Take on Me" video from the 1980s.

"It's not like a Coke can push an ad in front of you as you're walking down the street," he told Ad Age. Users choose to interact with a product or print ad.

This is thin-edge-of-the-wedge stuff for now. The technology would serve only the very tiny percentage of the population that owns Google Glass -- not exactly a compelling pitch yet for marketers and publishers. And even Google Glass owners might have trouble tacking down the Blippar app, because there still isn't a Google Glass store.

Still, Mr. Mitra thinks Blippar's new technology puts the company in position for the day Google Glass rolls out broadly, which some expect to happen this year. "No one wants to be reactive anymore or miss out on the next big thing," he said.