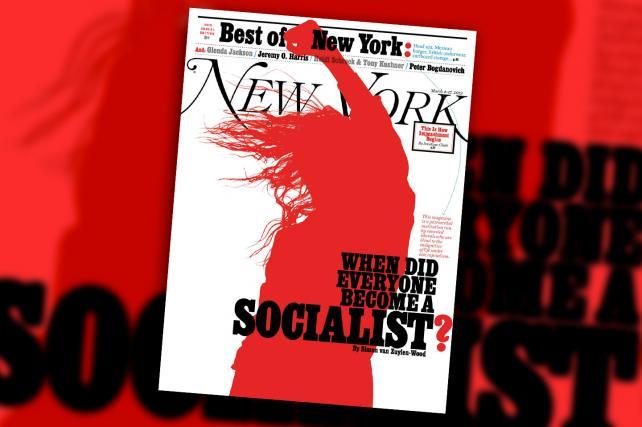 Because of course: Today's New York Post has a story headlined "Student who feels responsible for BuzzFeed layoffs gets book deal." Oli Coleman writes, that "After it was revealed that a Michigan teen had made hundreds of thousands of dollars for BuzzFeed, we reported that she was inundated with job offers when her identity became public"—and one gig offered was to write a quickie book. 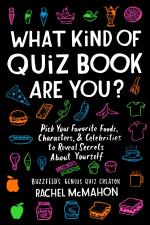 Rachel McMahon was an unpaid contributor to BuzzFeed who for some misguided reason wrote hundreds of quizzes for the site—quizzes that became top traffic-generators—as a sort of hobby through the BuzzFeed Community program. After BuzzFeed announced layoffs in January, she got burned on social media for her naive pro bono efforts. (See "BuzzFeed laid off its Director of Quizzes because lots of people are willing to make quizzes for free," via Harvard's NiemanLab.) Coleman notes that McMahon's "What Kind of Quiz Book Are You?" goes on sale July 2 and that "Curiously, the cover bills her as 'BuzzFeed's genius quiz creator,' despite the fact that she has never been a BuzzFeed employee."

Speaking of shrinkage: Per Axios, "New York Magazine said Monday it has laid off 16 full-time staffers and 16 freelancers or part-time employees, as the media company restructures to adapt to a volatile digital news landscape." The move comes in the wake of the announced departures of both Adam Moss, longtime editor-in-chief (who told The New York Times in January that after 15 years "I just want to do something new"), and Jared Hohlt, print editor, who will be the new editor-in-chief of Slate starting on April 1 (also per NYT). Axios notes that "the departments affected most are audience development, circulation, copy, fact, production and video."

Apple News news: In a story headlined "It's show time! Apple confirms March 25 event at Steve Jobs Theater," Cult of Mac's Killian Bell speculates about some of what will be unveiled, including a possible fresh content play:

Apple has been developing a paid news service that's expected to offer access to premium content from the likes of The New York Times and The Wall Street Journal for around $9.99 a month. The initial list of supported services may be slim. Recent rumors indicate Apple continues to negotiate deals with news providers, with some unwilling to agree to Cupertino's 50 percent revenue cut.

Some sort of magazine-related service is also expected, Bell writes, in the wake of Apple's 2018 acquistion of digital magazine service Texture. 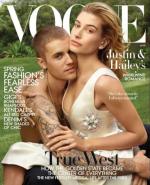 A tale of two Biebers: Spotted on a newsstand yesterday in close (and jarring) proximity: the March issue of Vogue, which features a cuddly cover shot of newlyweds Justin Beiber and Haley Baldwin (photo by Annie Leibovitz), and the March 11 issue of Star magazine, which features an unflattering shot of Bieber (photo by random creepy paparazzi) along with the headline "Justin Beiber Exclusive: Suicide Watch." Star is an old-school print publication that relies heavly on newsstand revenue, and though it has a website and social media channels, it conspicuously hasn't been promoting this particular cover online. (But you can see it on eBay right now, because someone is trying to sell a copy of the $5.99 issue for $12.) Just to drive the point home, Star adds subheads that read "Crazy mood swings," "Dangerous behavior," "Nonstop crying" and "Body in ruins." Naturally, the story relies on nameless "insiders" with supposed knowledge of the pop star's decline.

Star is published by American Media Inc., which also owns the National Enquirer, the notorious tabloid in the news recently (see "Jeff Bezos accuses National Enquirer owner of 'extortion and blackmail'," via The Guardian). As for Justin Bieber himself, his latest Instagram post features a shot of what appears to be him in a prayer circle along with a caption that says "Been struggling a lot. Just feeling super disconnected and weird.. I always bounce back so I'm not worried just wanted to reach out and ask for your guys to pray for me."