Ad Age Editor Ken Wheaton will leave the publication at the end of the year to focus on his fiction writing, it was announced today. 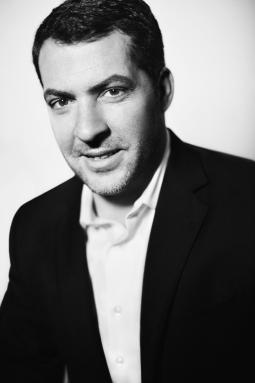 "You can call it pursuing a dream or just another midlife crisis, but it seemed like a necessary step. While I'd been able to crank out three novels earlier in my career, I've had a completed first draft in needs of revision sitting neglected at home for the last year-and-a-half and it's been driving me nuts," he said.

Wheaton, who was named editor in July of 2015, joined the company in 2000 as a copyeditor and served as features editor and managing editor prior to taking the top slot. A finalist for the Jesse H. Neal award for commentary, Wheaton has written the Adages column and blog, an Ad Review column, including the Super Bowl Ad Review, and The Last Word column. He was also founding editor of the Small Agency Diary and Big Tent blogs on AdAge.com.

"Ken's astute judgment has helped us identify marketing trends and developments over the years, and he's coped well with the added burden of editing my columns," said Rance Crain, president of Crain Communications. "I've enjoyed reading his books, and I look forward to negotiating with him for the movie rights and to the resumption of his Ad Age column next year."

Wheaton's first novel, "The First Annual Grand Prairie Rabbit Festival," was published in 2010 by Kensington Books. That was followed by "Bacon and Egg Man" and "Sweet as Cane, Salty as Tears," both from Open Road Media.

A successor has not been named. For the time being, Executive Editor Nat Ives and Deputy Editor Judann Pollack will oversee day-to-day operations of the publication.

"Ken's work at Age Age has influenced almost two decades of marketing communication leaders and his list of accomplishments are truly remarkable," said Josh Golden, Ad Age Publisher. "I have deeply enjoyed the opportunity to partner with him and can't wait to host a killer book launch party."