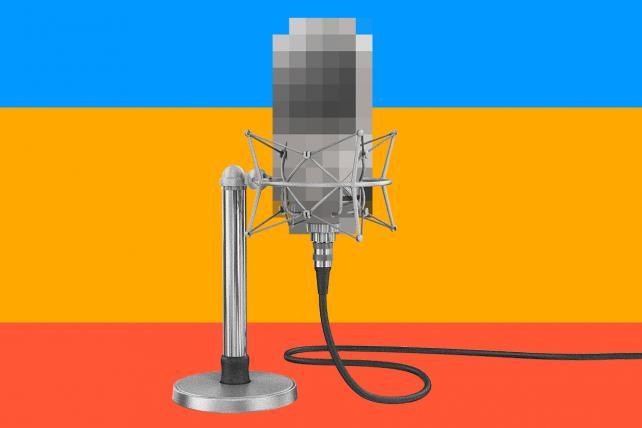 EDITOR'S NOTE: For 2019, we've expanded our annual publishing-industry honors program. It's now known as the Ad Age Publishers A-List and it includes the traditional Magazine A-List, a new Digital Publishers A-List and three shortlists of honorees in growth areas for publishing: audio/podcasting (below), video and events. Read the introduction and find links to the other portions of the package here.

A podcast company founded by Obama administration veterans Jon Favreau, Jon Lovett and Tommy Vietor, Crooked Media is best known for its massive hit "Pod Save America," which has been downloaded hundreds of millions of times. Hosted by the company founders along with another Obama alum, Dan Pfeiffer, it spawned a series of HBO specials that launched in October just in time for the midterm elections. Los Angeles-based Crooked is an Audio/Podcast Publisher A-List honoree not only for its flagship podcast and its spin-offs ("Pod Save the World," "Pod Save the People") but for building out a stellar line-up of shows, including Ana Marie Cox's "With Friends Like These," Erin Ryan's "Hysteria" and Favreau's "The Wilderness," in record time (Crooked only launched in January 2017).

"The Daily," The New York Times' 20-minute analytical take on the news presented in podcast form, has been a runaway hit since in launched in January 2017. Hosted by Michael Barbaro, it's become a addiction for millions of listeners who regularly keep it in the top 10 podcast charts, and in April, thanks to a partnership with American Public Media, it started airing each weekday on public radio stations across the country. But the Times is an Audio/Podcast Publishers A-List honoree not just because of "The Daily," but also for "Popcast," the podcast hosted by music critic Jon Caramanica, "Still Processing," hosted by culture writers Wesley Morris and Jenna Wortham (it returns with a new episode of Jan. 10 following a break), and a whole range of other innovative uses of audio—including the extraordinary "Listen to the World" streamable soundtrack that accompanied the fall Voyages Issue of The New York Times Magazine.

The Ringer, the sports-meets-pop-culture site created by celebrity sportswriter Bill Simmons, has been all-in on podcasting since its launch in 2016. We're honoring the brand for the stellar line-up of mini media podcasts brands its built, including "House of Carbs," "On Shuffle" and "Binge Mode," in addition to those that are more explicitly associated with the mothership, such as "The Bill Simmons Podcast" and "The Ringer NFL Show." By the way, it's worth noting here that another honoree on our Audio/Podcasting Publishers A-List, Crooked Media, actually had its genesis in a Ringer podcast, "Keepin' it 1600."

The New Yorker is honored elsewhere in our Publishers A-List package (see the Magazine A-List and the Digital Publishers A-List), but we're also celebrating it here for nailing perfect expressions of its editorial voice and brand values in the form of "The New Yorker Radio Hour" (a co-production with WNYC Studios), "Politics and More" and "The Writer's Voice," as well as its literary podcasts (e.g., Deborah Landau reading and discussing Anne Sexton's poetry, Dave Eggers reading and discussing a Sam Shepard story). These elegantly produced shows are by definition niche media, and yet they've collectively been reaching critical mass, with total podcast downloads rising 35% year-over-year to 3 million in 2018.