Also Earning Honors: Harper's Bazaar, Food Network Magazine, InStyle, Fortune and Others
READ THIS NEXT
The Onion does ‘No Way To Prevent This’ homepage takeover in wake of Texas school shooting

Four print issues this year set ad-sales records for their specific months and September proved to be its biggest ever for this brand, led by Ad Age 's Publisher of the Year Nancy Berger Cardone. But it wasn't just traditional ad-page gains that caught our eye. With Chanel as a partner it launched the Backstage Beauty Trends iPad App and Marie Claire @Work, which debuted last year as a saddle-stitched supplement, came back in 2012 with bigger, perfect-bound issues this May and September. In a bittersweet sign of Marie Claire's success, last month Hearst re-assigned Editor Joanna Coles to edit company flagship Cosmopolitan, but Ms. Cardone quickly brought in Anne Fulenwider, a Marie Claire veteran who'd decamped in 2011 to lead Conde Nast's Brides, to replace her.

What do you do when a big rival moves to your home turf? Harper's Bazaar faced that question after its parent, Hearst Magazines, bought the rights to publish Elle in 2011. Harper's responded with a luxury-leaning redesign in March that made the most of print. That helped Harper's publish its biggest September issue, part of a10.8% increase in the issues from January through October, according to Media Industry Newsletter. The brand also introduced the ShopBazaar site, continued expanding a Pinterest following, experimented with personalized Neiman Marcus ads and held newsstand sales steady. 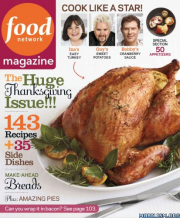 The 92-year-old Architectural Digest has been on a tear lately, increasing ad pages 5.7% in 2010, 9.1% in 2011 and 11.3% in its 2012 issues through October -- putting the title on track to break 1,000 ad pages this year for the first time since 2008. Its success -- also evident in its 8.6% first-half lift on newsstands -- owes partly to the 2010 redesign under then-new Editor-in-Chief Margaret Russell, but also to its work beyond print, such as a more robust website this summer, the AD @Oasis spaces introduced at Art Basel and the four-day Architectural Digest Home Design Show, which drew a record 43,000 attendees this year.

You could see InStyle was having a good 2012 just by looking at the spine: Its March and September issues were the largest for those months in the magazine's 15-year history, and October delivered the ninth-consecutive issue of year-over-year ad-page gains (the title's ad pages through October increased 5.7%). But you have to look further to appreciate all the ways InStyle is winning -- such as maintaining an average subscription price above $24, far higher than competitors; increasing InStyle.com revenue 37% in the first half; building big followings on Twitter and Instagram; and recruiting celebrities to make Pinterest boards.

Despite its impressive print product, Fortune earns a spot on our A-List not for growing its traditional business (in fact, it dropped its frequency in 2010). We're honoring Fortune partly for making itself a platform for what you might call real-life social networking: an increasingly robust and profitable conference business (witness the Most Powerful Women Summit and the semiannual Fortune Global Forum), which grew 30% last year and is up another 30% so far this year, contributing projected $15 million to the brand's bottom line. Fortune has also proved increasingly innovative in apps and strong in (actual) social media.

It's tempting for established media brands to ignore all the digital upstarts crowding into their space, but this year, Conde Nast's beauty title came up with a better approach. Allure's new Beauty Blogger Awards brought bloggers into Allure's orbit, even enlisting them in support of Revlon, which sponsored the awards, by assigning finalists to create a makeup video that drew from a box of 70 Revlon products. Ad pages in the print edition, meanwhile, increased 17.8% in the issues from January through October, according to MIN.

There's no reason to lie down in the face of a tough economy or challenges to print publishing. Take a look at Traditional Home, which is finding younger and richer readers with TradHome, a shoppable online magazine it created last year with all-digital shelter mag Lonny, and expanded to two issues this year. But Traditional Home is also succeeding in print, where ad pages in its January through October issues increased 11.5% while monthlies as a whole slipped, according to MIN. Its October ad pages were the highest for that month since 2008. Traditional Home also increased single-copy sales in a difficult newsstand environment.

October's Bon Appetit features a back-cover ad for Essie nail polish -- not what you'd expect from a food brand. But Bon App has proved pleasantly surprising since Pamela Drucker Mann became publisher in January 2011, followed by Editor-in-Chief Adam Rapoport (and a redesign). Food remains the editorial core but lifestyle plays a larger part. It's also expanding reach with a line of kitchenware on HSN. And it boasts a 20.5% increase in newsstand sales.

Need evidence that the Forbes brand still matters? Ask the 161 billionaires and multimillionaires, including Bill Gates and Warren Buffett, who showed up for this summer's Forbes 400 Summit on Philanthropy. Need more? How about ad pages through the Oct. 8 issue climbed 12.2%, according to MIN, and digital ad revenue (through July) leapt 28%, aided by the boldly redesigned Forbes.com. Indeed, the 95-year-old brand has, against all odds, become a digital innovator.

Departures doesn't have one of the metrics used to gauge changes in consumer demand: traditional subscriptions ordered individually by anyone who wants to pay up. That's because it goes only to American Express Platinum and Centurion cardholders. But advertisers can't help but admire the audience that assembles for its messages. That appreciation and the savvy work of Publisher Steven DeLuca have manifested in a 6.2% lift in ad pages this year through September, according to the magazine, on top of a heady 43.3% surge in 2011.

Ebony is back to making rate base after a March 2011 redesign under Editor-in-Chief Amy DuBois Barnett -- its first since its introduction in 1945 -- as well as close work with new circulation consultants. The efforts of Senior VP-Group Publisher Stephen Gregory Barr have paid off with an 8.6% lift in ad pages last year and a 26.6% jump this year through October. It has also proved nimble, pulling the March issue from racks early to make room for an April issue commemorating Whitney Houston.

New York: Leaping Off the Page

New York magazine is more serious than most about building new businesses apart from the printed page. Digital revenue now constitutes 34% of its revenue, up from 25% three years ago, as New York continues to make moves like turning its blog The Cut into a gorgeous, broader website this summer, joining Grub Street and Vulture as semi-standalone sites and brands. New York also recently teamed up with Dwell to create City Modern, a weeklong festival celebrating design and architecture.