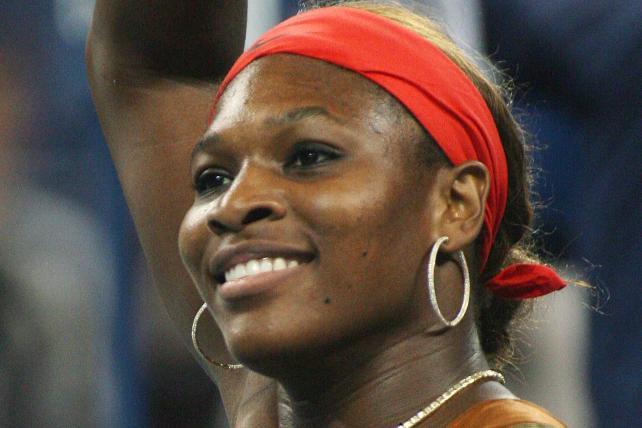 Serena Williams's historic pursuit of the fifth-ever calendar-year Grand Slam in tennis -- which would be the sport's first since 1988 -- has helped make the upcoming U.S. Open a must-buy for advertisers looking to reach one of the most affluent audiences outside of golf. But in an interesting twist, host network ESPN this year has begun what may be characterized as a democratization of the U.S. Open's marketing mix.

Should Ms. Williams advance to the women's final on Saturday, Sept. 12, she will at age 33 have a shot at securing her 22nd major title, tying Steffi Graf for second on the all-time list behind Margaret Court (24). Ms. Graf is the last pro tennis player to win all four Grand Slam events in a single year; the most recent male sweep of the Australian Open, French Open, Wimbledon and U.S. Open came in 1969, courtesy of Rod Laver.

A win for Serena in New York would not only lend further credence to the argument that she is the greatest American athlete of this century, but would prove to be a considerable boon to ESPN in the bargain. Ms. Williams is a guaranteed ratings draw: her six Open titles have averaged a 5.3 overnight household rating, according to Nielsen, whereas the corresponding men's finals averaged a 3.7.

"There are a lot of things that have come into into play that have made this a very successful U.S. Open for us, and one of them, clearly, is that Serena's play has elevated interest," said Eric Johnson, exec VP of global multimedia sales, ESPN.

But the Serena Effect goes beyond mere eyeballs. As was the case with Tiger Woods v. 1.0 and the impact he had on PGA ratings, Ms. Williams's very presence in an Open final guarantees a significant number of minority viewers. For example, when she defeated Victoria Azarenka in the 2013 final, African-Americans accounted for 28% of CBS' overall deliveries. The following day, when Rafael Nadal topped Novak Djokovic in the men's final, African-Americans made up 13% of the audience.

ESPN is capitalizing on the Open's fluid demographics by signing on a number of advertisers that had never before bought time in the tournament. In addition to official U.S. Open sponsors JPMorgan Chase, IBM, American Express, Citizen Watch Company and Mercedes-Benz, newcomers like Dick's Sporting Goods are buying inventory within the live matches and opting in for other opportunities in and around the Open. Dick's will serve as a presenting sponsor of ESPN's daytime coverage, and will back "Serving Youth," a custom feature designed to encourage kids to pick up a racket.

On the digital side, the brand at the top of the headphones food chain, Beats Audio, is buying time in the live simulcasts streaming on the WatchESPN app. A mainstay of ESPN's "SportsCenter," Beats is a familiar brand to fans of the NFL, NBA and their respective collegiate counterparts, but has not attached itself to the Open before. (As it happens, Ms. Williams appeared in a 30-second Beats cable spot that aired nationally in winter 2013-14.)

"For the first time, it really goes above and beyond the super luxury brands," Mr. Johnson said. "You now have clients coming in from both ends of the spectrum. There's the pop culture and sports brands like Beats and Dick's, and then there's the high-end guys that have always been a big part of tennis and the Open."

Naturally, the perennial big spenders will once again be well represented at the Open. In last year's tournament, Mercedes, IBM and American Express combined for an estimated $11.3 million in ad spend, or nearly a quarter of the event's overall haul.

Geico out
One familiar face tennis fans won't see in this year's Open is the Geico gecko. ESPN on Friday confirmed that the heavy-spending insurance company would sit out the final fortnight of the USTA season, and while the network did not comment further on the matter, Mr. Johnson reiterated that ESPN had "exceeded all expectations" on the ad sales front. (ESPN also was given a boost by an ever-growing scatter market for commercial time sold close to the air date, which has helped it secure favorable pricing from late arrivals.)

Geico was the fourth biggest investor in the 2014 Open, per iSpot.tv estimates, spending some $2.1 million over the course of the tourney.

Another first-time backer of ESPN's Open coverage, New York-based Voya Financial, will sponsor the network's freeD replay technology, which freezes the action and then pivots to provide the viewer with any number of alternate viewpoints. (Voya had bought time in CBS' year-ago late-round coverage, but the freeD pairing marks its debut as an ESPN tennis partner.) A second production gizmo, the suspended, arachnoid SpiderCam, is sponsored by DirecTV.

ESPN in 2013 seized the rights to every U.S. Open match when it reached an 11-year, $770 million deal with the USTA, a move that shifted yet another major sporting event to cable. (CBS had broadcast the men's and women's Open finals going back to 1968.) The deal officially kicks in with this, the 135th Open; first-round coverage begins Monday, August 31.

With approximately 112 hours of live tennis in the hopper, the Open adds up to "a lot of ratings points in a key window," said Mr. Johnson, who notes that the men's final is scheduled to air the day before ESPN's first "Monday Night Football" broadcasts of 2015. An NFC doubleheader kicks off Sept. 14 with an all-avian Eagles-Falcons showdown, followed by a late (10:20 p.m. ET) matchup between the Vikings and 49ers.