If you're still trying to make sense of the midterm election results, Time magazine's latest issue, on newsstands Friday, sums things up in the headline right on the cover: "Redder. Bluer. Trumpier," with the subhead "The fight is about to get even worse."

Rather than a country rising up as one to rebuke the President and reverse 2016, the election showed an intensification of the trends that put Trump in office. The President's party typically loses ground in midterm elections because only the opposition is roused to anger. But these were not typical midterms: turnout surged to levels not seen in decades for a nonpresidential contest. In 2018 it wasn't only Democrats who were riled up—Republicans, too, came out at high levels, perhaps vindicating Trump's strategy of ginning up his core supporters with race-based and culture-war appeals. The nation didn't come together in agreement; it drew further apart. America remains, as Trump revealed it to be two years ago, an angry and divided country whose citizens blame one another for its ills.

The animated version of the cover above was produced for social media. Here's the final print version: 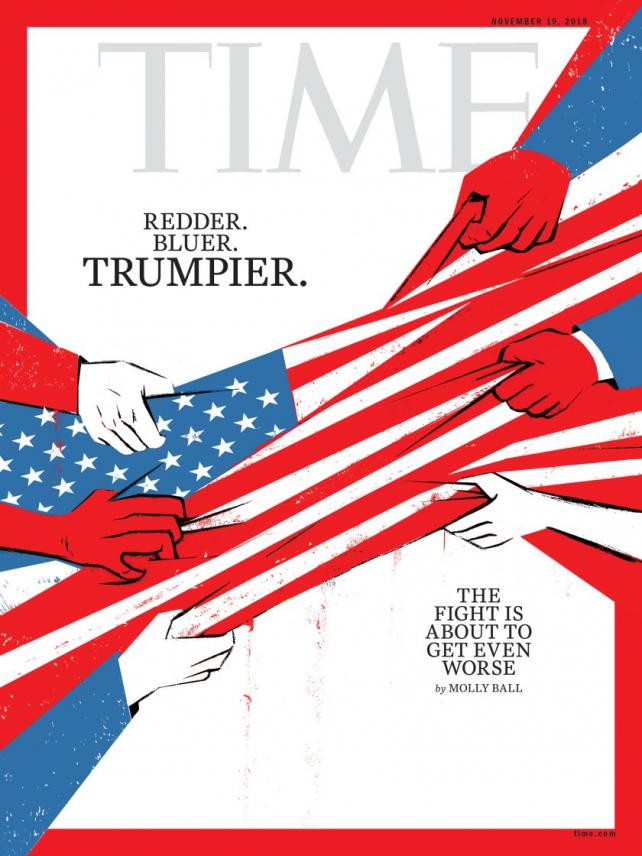