'Idol' at 10: Stakes Are as High as Ever | Ad Age
Skip to main content

Can a Pair of New Judges and a Schedule Time Shift Keep TV's No 1. Show on Top?
Heading into its 10th season, Fox's 'American Idol' has been slipping in ratings , but it's still an advertising powerhouse.
Credit: Fox

This season:
Shake up! Randy remains but he's joined by Aerosmith lead singer Steven Tyler and flailing diva Jennifer Lopez. Mr. Tyler and Ms. Lopez are both looking for some wind beneath their wings after suffering a few career hiccups.

Last season: America's top-watched show, which aired on Tuesday and Wednesday, snagged 24.1 million viewers on a live-plus-seven-day basis, according to Nielsen, as well as 11.6 million viewers between the ages of 18 and 49.

These figures are off from "Idol's" best performance. In its fifth season, in 2006, the show snared nearly 30.8 million total viewers on a live-plus-seven-day basis and 16.4 million viewers between the ages of 18 and 49. The lowest-rated season of "American Idol" was its first: Just 12.7 million watched then, and of those, nearly 8 million were between the ages of 18 and 49.

This season: Shifting airtime to Wednesday and Thursday could be the shot in the arm -- or nail in the coffin. Stay tuned.

What the media buyers say

"It's still a valuable property." -- Barbara DiMaria, senior VP-director of national broadcast at Ingenuity Media, the media arm of Interpublic Group of Cos.' Martin Agency. 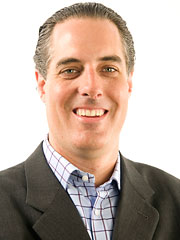 Kristian Magel
Marketers still want to be involved with the show, but "Simon is a virtually irreplaceable asset to the series." -- Kris Magel, exec VP-director of national broadcast at Interpublic Group of Cos.' Initiative.

"Last season, 'The Winter Olympics' and later 'Dancing with the Stars' beat out 'American Idol' in head-to-head competition, the first time any program had done that since 2004. " -- Brad Adgate, senior VP-research, Horizon Media

Prior to last season's launch, Fox felt the show "had begun to feel very slick," said Joe Earley, Fox's president-marketing and communications. So "we really focused on grounding the campaign" with ads and promos displaying such figures as a girl singing in her bedroom or a busker singing in the subway. The slogan: "They all start somewhere."

This year, the campaign has evolved. Fox still wants to keep the focus on the homegrown nature of the "Idol" contestants, but also highlight the new judges, who have backstories of their own. The tagline: "Every superstar begins with a dream," which can apply to contestants and to the new judges, said Mr. Earley. Fox has sent a 22-minute show for affiliates to run in which previous contestants are interviewed in their hometowns. Mr. Earley said the special has run in about 90% of the country, and multiple times on certain stations.?? 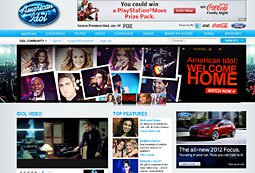 This season, an announcement is expected in the days to come stating all three will return.

#1
"American Idol" remains TV's top-rated show and TV's most time-shifted show.
Age 45
Median age for "American Idol" has increased each and every season from 31.9 in 2002 to 45.0 in 2010.
30.3 m
Viewing peaked during Season 5 (2006) with 30.3 million viewers?the last time any regularly scheduled show averaged over 30 million viewers per telecast.
Season 9
was the lowest average audience since Season 2 in 2003. Audience levels have declined annually since Season 6.
Season 2 finale,
when Ruben Studdard beat out Clay Aiken, remains the most-watched telecast. The 2003 finale averaged 38.1 million viewers.
Season 8
The last time an "Idol" telecast averaged over 30 million viewers was during the auditions in January 2009.
7 days
Last season, 5.6 million viewers did not watch the Tuesday (performance) night telecast live but watched it within 7 days. The Wednesday show had 4.9 million time-shifted viewers.