As 'American Idol' Ages, How Will Marketers Judge?

Show's Finances Weaken, but It's Critical for Fox, Advertisers
READ THIS NEXT
ViacomCBS tests national addressable ads with Dish Media 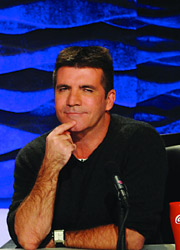 Was that a celebration or just a spirited wake?

Not only has Mr. Cowell, one of "Idol's" main draws, left the program. Commercials in its finale commanded far lower prices than just a couple of a years ago. And Fox and other players have seen revenue from the program diminish.

And when the show's recent finale suffered from some of the lowest ratings in the history of its season-enders, speculation started running rampant over whether "Idol" could possibly maintain its dominance.

The show brought "Idol" developer 19 Entertainment approximately $79.2 million in 2009 revenue from production, foreign syndication, sponsorship, merchandise and touring, according a Securities and Exchange Commission filing by the company's owner, CKX. That's down from $96 million in 2008. The unit's operating income from "American Idol" likewise fell to about $60.6 million in 2009 from about $73.6 million in 2008, according to the filing.

CKX attributed the declines to Fox's decision to air fewer hours of "Idol" in 2009, reduced revenue from foreign syndication and "reduced on-air and off-air sponsorship deals." The company also noted that "television ratings for 'American Idol' declined in 2009 by approximately 10%, reflecting an overall decline in network television viewing." A spokesman for 19 Entertainment said executives were unavailable for comment and declined to respond to queries.

Seacrest booked through 2012
Backers are clearly hoping the bonanza continues for a while yet. CKX has entered into an agreement with "Idol" host Ryan Seacrest to keep the entertainer at the show through 2012, according to the CKX filing with the SEC.

Advertisers, too, want "Idol" to continue, partly because the show is "family friendly," said Barbara DiMaria, senior VP-director of national broadcast at Ingenuity Media, the media arm of Interpublic Group of Cos.' Martin Agency. In other words, "Idol" can do what few TV shows still can -- draw a broad audience of consumers from different walks of life, not just slivers of people affiliated with narrow interests. While "Idol" will likely have "diminished appeal," Ms. DiMaria said, "it's still a valuable property."

Marketers will want to be involved with the show as long as it runs, said Kris Magel, exec VP and director for national broadcast at Initiative, the big media-buying agency owned by Interpublic. But they may need to resign themselves to "Idol's" reduced power.

"Ratings have been winding down slowly the past few years," he said. "Next year will likely see that accelerate, as Simon is a virtually irreplaceable asset to the series."

Fox is trying to improve ratings and the show's appeal to advertisers with tweaks to the program. It is cutting the "results" episodes next season to half an hour and expanding the main episodes to 90 minutes. Executives believe viewers want more performance and music and less focus on the aftermath.

"You never know," Mr. Magel allowed. "They have breathed new life into the series in the past."

Fox sees 'Idol' in future
"Idol's" continued success is instrumental to Fox's long-term plans. Executives have in past months discussed the notion of maintaining a more robust year-round program schedule. The network has taken pains in recent years to bolster its fall season, when its broadcast of the World Series has blunted the launches of some of its new shows. Pairing a maturing "Idol" with "X Factor," a new musical talent show from Mr. Cowell slated to debut on Fox in the fall of 2011, could give the network two tentpoles -- albeit one that's sagging -- around which to anchor advertiser interest.

Of course, Mr. Cowell's presence elsewhere on the Fox lineup prompts the question of whether he might draw "Idol" viewers away from his former roost.

"Idol's" recent weakness comes as rivals are reaching into its stratosphere. NBC's Olympics coverage and ABC's "Dancing With the Stars" were able this season to touch its overall viewership ratings .

But Fox executives say they still support the program. "We have to find a judge to replace Simon who provides both music credibility and an incredible entertainment value," Peter Rice, chairman-entertainment, Fox Networks Group, said during a conference call with reporters in May. "So that's what we're going to have to focus on doing this summer. But it is undoubtedly the number-one show on television."

Overall viewership this season was off around 8%, and ratings among the demographic advertisers covet -- people between 18 and 49 years old -- were off about 9%. "We think in comparison with other television shows, that's actually pretty good," Mr. Rice said on the conference call. Each episode of "Idol" reaches more than 20 million viewers, after all, and it's on twice a week. Only a handful of TV programs have that kind of power. A Fox spokeswoman said executives declined to comment further.

The show's top three advertisers -- AT&T, Ford Motor and Coca-Cola -- have yet to confirm they will be on board for 2011. "Every year we review our sponsorships to determine whether it aligns with our marketing strategy," said Robert Parker, a Ford spokesman, in an e-mailed statement. "At this point we've not completed our plan for 2011."

"We can't comment on the specifics of our relationship with 'American Idol' or speculate on the future, but we can affirm that we've been very pleased with our sponsorship," said AT&T spokeswoman Jenny Bridges, also via e-mail.

Two people familiar with the situation suggest Coke is staying on board. Sponsors for each season of the program typically don't announce their roles until just before it starts in January.

Changed the shape of TV
Whether Fox can reverse recent trends for "Idol," the show has already become part of boob-tube history. When it first arrived on the scene in 2002, "American Idol" seemed to want to build on the momentum ABC had owned, then squandered, with its own reality-game hybrid, "Who Wants to Be a Millionaire?" Where ABC killed its golden goose by running the Regis Philbin-hosted trivia game multiple nights of the week, Fox hoarded "Idol," only letting it on screen in the second half of the TV season.

When Fox decided in 2005 to run another hit show, spy drama "24," starting in January with no repeats, the network helped solidify the notion of a distinct "second half" of the TV season, complete with different programs than those that launched in September. The change-up has helped Fox capture the lead for viewers between 18 and 49 for the last several years. "Idol's" willingness to weave sponsors into the show itself -- witness Coke's red cups on the judge's table, to name one of many examples -- has advanced the use of product placement across TV.

And the show's producers have turned the program into a mini-empire of sorts. "Idol" derives revenue not only from the show and its advertising, but also concert tours and music from contestants.

"Idol" has become the most expensive regularly scheduled program on TV for advertisers, with its finale commanding hundreds of thousands of dollars for a simple 30-second spot. A typical 30-second commercial in "Idol" this season cost between $360,000 and $490,000, according to Advertising Age's annual survey of prime-time ad prices. Ad costs often climb as the finale progresses toward the moment when judges crown a winner.

No matter how popular and venerated "Idol" remains, and no matter how much youthful energy its contestants exhibit each season, the program can only do so much to combat the ravages of age.