Academy Awards and Grammys Don't Do Too Shabby Either
READ THIS NEXT
Nielsen undercounted TV viewing, audit finds 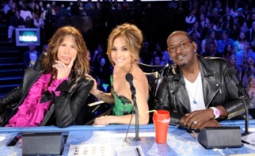 "American Idol" reclaimed its familiar position atop TV shows ranked by product placements in February, giving viewers 102 instances of product appearances over the month, according to research by Nielsen. It doesn't hurt, of course, that 'Idol' airs twice a week. But even half its 102 placements would still have secured fourth place last month.

The current season of "Idol" was only getting going in January, when its mere 44 brand placements only earned it sixth place among shows for product placement, according to Nielsen's monthly count of brand placements in first-run broadcast prime-time series and specials.

Among the top brands in terms of brand appearances in first-run broadcast prime time, Chevrolet won the No. 1 spot with 57 occurrences, followed by Coca-Cola and Microsoft, with 53 and 38, respectively.