If You Were Apple, How Would You Spend Your Quarter-Trillion-Dollar Cash Hoard? | Ad Age
Skip to main content

If You Were Apple, How Would You Spend Your Quarter-Trillion-Dollar Cash Hoard?

READ THIS NEXT
Broadcasting legend Larry King has died at 87

Let's start with a flashback: President Trump told the Associated Press last week that he thinks he could build his border wall "for $10 billion or less." Earlier flashback: "Trump border wall to cost $21.6 billion," per Reuter's February peek at a Department of Homeland Security internal report. Very recent flashback (to yesterday): Congress ponied up $0 for Trump's border wall. Now see No. 3, below. (Side note: Trump's 71st birthday is coming up on June 14.) Anyway, let's get started ...

1. Here's a helpful assortment of spin on the Spending Deal That Is and the Shutdown That Won't Be: "Congress Inks Spending Deal That Jettisons Trump Priorities," per Bloomberg; "Bipartisan Agreement Reached to Fund Government Through September," per The New York Times; "Spending deal gives millions to NYPD for protecting Trump and family," per the New York Post; "Trump's wall won't get a penny as Congress agrees on $1trn spending plan," per Britain's The Independent -- and be sure to click through to see the photo of Trump the Indy chose to illustrate their story. 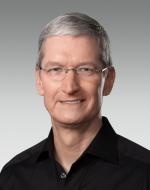 3. "Apple Inc. is expected to report Tuesday that its stockpile of cash has topped a quarter of a trillion dollars, an unrivaled hoard that is greater than the market value of either Wal-Mart Stores Inc. or Procter & Gamble Co. and exceeds the foreign-currency reserves held by the U.K. and Canada combined," per The Wall Street Journal's Tripp Mickle.

4. "Sebastian Gorka to leave White House amid accusations of links to far-right," per The Guardian. The former Fox News analyst and Breitbart editor, who was blocked from getting a National Security Council clearance because he was arrested in early 2016 for bringing a handgun through security at Ronald Reagan Washington National Airport, is staying mum for now. Meanwhile, over on the Breitbart home page right now: "White House Sources: Reports of Gorka Leaving White House Are 'Incorrect.'"

5. Speaking of Fox News, the O'Reilly-free network is super excited about the guest it has slated to appear on "The Fox News Specialists," its new 5 p.m. ET political talk show hosted by Eric Bolling, Katherine Timpf and Eboni K. Williams. You'll never guess who it is! OK, sorry, that was fake news; you will totally be able to guess.

6. Because Rupert Murdoch can never own enough media: "Fox Reportedly in Talks With Blackstone to Launch Joint Bid for Tribune Media," per Variety.

7. And finally, ICYMI: "Samantha Bee's 'Not the White House Correspondents' Dinner': the best and worst moments," courtesy of Vox. Here's the part where Jake Tapper asks Bee, "Were you lying then or are you lying now?"