As he prepares to leave Turner, David Levy plots his next move | Ad Age
Skip to main content

As he prepares to leave Turner, David Levy plots his next move 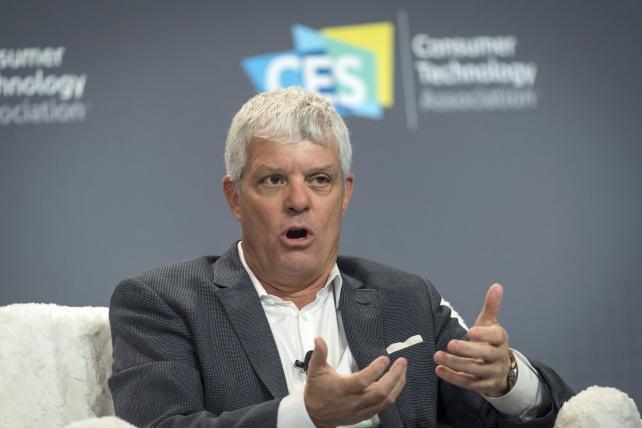 David Levy hasn't started packing all the Emmy statuettes, photographs and memorabilia that make his office look for all the world like a museum exhibit documenting his three decades in the media business, but eventually he'll start breaking out the cardboard moving boxes. There's no rush; for the next few months, the outgoing Turner president will remain stationed in his aerie in the south tower of the Time Warner Center.

On the day he formally announced his resignation from Turner, Levy's phone has been blowing up. League officials, TV personalities and franchise owners have called and sent texts to wish him well—and in one case, to implore him to reconsider. One notable from the world of sports phones to tell Levy that he's looking forward to seeing what the media mastermind cooks up next before signing off with a dark joke about hanging himself.

People, it seems, are going to miss Levy when he's gone. But he won't be away for long.

Levy says he'll stick around to catch the final NCAA March Madness tournament of his tenure. "After things wind down here, I'll take a little time off, for sure. Call it a summer vacation. But come fall, my wife tells me I'd better be out of the house, so…"

He's very likely to remain in the media space, where he has toiled for the last three decades. While nobody's handing out C-suite gigs at Grand Central Station, the opportunities for an executive of Levy's caliber are considerable, especially now that the likes of Apple and Amazon are looking to make a splash in the sports media business.

Nothing's off the table. Levy allows that he's long been an enthusiast of the burgeoning sports gambling space. Just last month, he was instrumental in nailing down a deal to establish a Bleacher Report studio inside the fabled Caesar's Palace sports book in Las Vegas. In a sense, that particular synthesis of data, sports content and old-fashioned storytelling is a microcosm of Levy's career—and a map to where he expects to wind up next.

Levy's career highlights reel includes his work to secure broadcast pricing for TNT and TBS primetime series as well as the megabucks CBS-Turner March Madness pact, a storied relationship with the NBA and a deal that will keep Major League Baseball's playoffs in the Turner fold through at least 2021. (Without Levy at the table, negotiating a renewal with baseball be decidedly trickier.) So why leave now?

"I had a vision, and under the new regime there was really no way to achieve what I'd set out to do," Levy says. "I wanted to be the CEO of Turner and ultimately, that position no longer exists. I'm an ambitious guy, and I wanted to have a hand in everything—rights, acquisitions, sales, programming, distribution, you name it. But we've been bought, and they can play with their new toys however they see fit."

Which isn't to say that Levy has misgivings about the synergistic potential inherent in the AT&T-WarnerMedia mash-up. "The power of AT&T's platform and their data coupled with the brand equity and quality programming of Turner is a combination that will make for a winning formula," he says. "For me, though, it's time to move on."

It's not going to be easy for Levy to pack up nearly 33 years of his personal history. During his time at Turner, his team has hung up an awful lot of banners from the proverbial rafters, and they by all appearances had a blast while racking up all those W's. It's no small feat to walk away from a place where you've spent nearly the entirety of your adult life.

"I'm still going to watch the Thursday night NBA doubleheaders every week, and yet that's one of the things I'm going to really miss the most," Levy says. "Knowing I was such a big part of that and our 'Inside the NBA' show… Well, I'm proud of it, I'm proud of it all, and it's gonna hurt to no longer be a part of it."

For all that, Levy's not going to be spending a lot of time reminiscing about the good old days.

"I am not at all retiring, no way," he laughs. "There's still a lot of fire left in this belly."