"Journalism is the new marketing degree" is the slightly sarcastic motto among New York Times staffers, many of them former journalists, who create articles and videos for brands. It appears the same could be said at The Atlantic, which just hired former Time magazine Managing Editor James Gaines to lead content operations at its branded-content division, Atlantic Re:think.

Mr. Gaines was most recently held editor positions at Reuters, but he spent the bulk of his career at Time Inc., where he was top editor at People, Life and Time. Mr. Gaines also served as managing editor of News Corp.'s short-lived tablet publication The Daily. In his new role, he will report to Sam Rosen, VP-marketing, The Atlantic, who leads Re:think as a whole.

The last couple of years have seen many publishers build departments to help advertisers create editorial-like content. The Atlantic, for better or worse, has been at the vanguard of this push towards so-called native advertising. In early 2013, The Atlantic was slammed for running a sponsored post from Scientology, but the publication explained itself ("We screwed up," it said) and produced an internal protocol for accepting and running articles from brands. 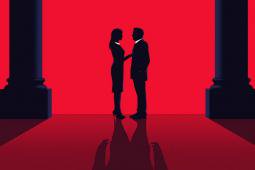 Netflix hired The Atlantic's Re:think department to promote 'House of Cards' with a lengthy article about the relationship between U.S. presidents and their wives.

A year later, Atlantic Re:think was formed; it has worked with companies like Netflix, Chevron and Lincoln to produce ambitious and visually appealing native ads. More than 60% of The Atlantic's digital advertising revenue from last year can be attributed to the Re:think team, according to a statement from the publication announcing Mr. Gaines' hire.

"Jim brings expertise, energy, and authority to our growing native business," Atlantic Publisher Hayley Romer said in the statement. "The breadth and depth of his experience will help further distinguish Re:think in an increasingly competitive environment."