One of the Most Expensive Films Ever Made 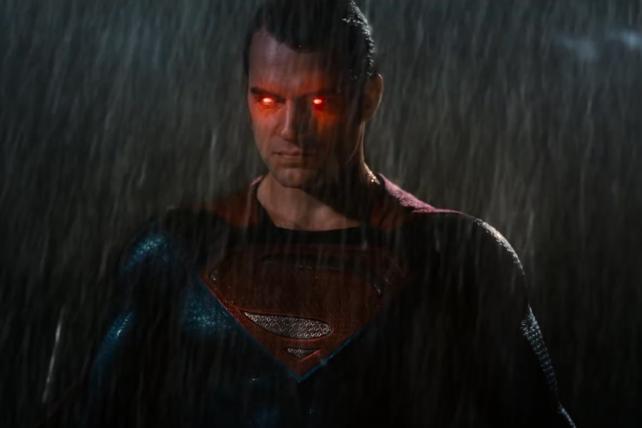 "Batman v Superman: Dawn of Justice," is poised to conquer the box office for the third straight weekend. But beneath the cape, tights and superhero armor lies a mere mortal.

"Batman v Superman," one of the most expensive films ever made, is on pace to produce a $278 million profit for Warner Bros. once home video, TV and merchandise proceeds are tallied, according to SNL Kagan analyst Wade Holden. That's less than the estimated $300 million the studio earned from "Man Of Steel." It's also evidence that Warner Bros. has more work to do to make its DC Comics division the unbreakable superhero movie business it needs.

"I'm sure that it's a bit of a disappointment," Holden said. "They were probably hoping for box-office numbers similar to 'Avengers: Age of Ultron,' since 'Batman v Superman' had DC's three most well-known comic book heroes together in the same movie" -- Batman, Superman and Wonder Woman.

DC characters are a cornerstone of Warner Bros.' film slate through 2020, along with Lego features and a new wizard series from "Harry Potter" author J.K. Rowling. The studio, part of Time Warner Inc., is banking on "Batman v Superman: Dawn of Justice" to serve as a launching pad for 11 more films and help win over fans who have flocked to Walt Disney Co.'s Marvel films.

To be sure, "Batman v Superman" set a record for a DC Comics movie and marked the studio's second biggest debut ever, after "Harry Potter and the Deathly Hallows Part 2," according to Box Office Mojo. It also topped the previous record for a March weekend debut in North America, set by the "The Hunger Games" in 2012, a possible reflection of pent-up demand among hardcore fans of DC Comics.

Warner Bros. executives say they're pleased with the performance of the film and wouldn't have announced two more DC pictures this week if they weren't. The movie is poised to become one of just 50 or so to cross $300 million at the domestic box office. Their boss, Time Warner CEO Jeff Bewkes, has said 2016 will be a turnaround year for the studio's film division.

To be as profitable as the lower-budget "Man of Steel" -- and some of the more successful Marvel films, which generate 44% net profit on average -- "Batman v Superman" would have to gross $1.15 billion worldwide, Holden estimates. "Age of Ultron" earned $853 million, he estimates.

Last weekend, "Batman v Superman" brought in $51.3 million at the U.S. box office, helped by a lack of competition. The 69 percent drop from its opening was steeper than the average 60 percent decline for past superhero films such as "Iron Man 3," according to Geetha Ranganathan, a Bloomberg Intelligence analyst. Unlike summer superhero pictures, "Batman v Superman" had to contend with kids back at school in its second week.

Third weekend
Heading into its third weekend, the film is projected to slide further than "Man of Steel," which declined 50 percent, according to analysts at BoxOffice.com. The website predicts $24 million in U.S. ticket sales, which would bring its domestic total to $297.2 million.

Satisfied, not elated
"They have to be pretty satisfied; they probably aren't elated," said Matthew Harrigan, an analyst at Wunderlich Securities who recommends Time Warner stock. He forecasts the movie will finish its worldwide theatrical run with sales of less than $1 billion.

Though Harrigan estimates profit for "Batman v Superman" could be even lower than Holden's forecasts, he expects Warner Bros. to earn $550 million from its movie-making business this year. The studio, which doesn't break out its film and TV operations, made about $320 million in profit from motion pictures in 2015, he said.

One significant contributor this year could be "Suicide Squad," another DC movie scheduled for this summer. Critics are also talking up the potential for Wonder Woman in 2017 after Gal Gadot turned heads with her debut in the role during "Batman v Superman."

"The winner, on points, is Wonder Woman," wrote New Yorker critic Anthony Lane. "She has the wit, and the wherewithal, to confront evil while wearing a conical bustier."