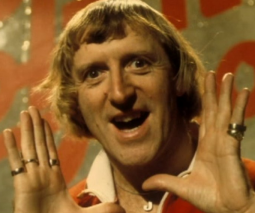 News director Helen Boaden and her deputy, Stephen Mitchell, have given up their responsibilities during a probe into why a BBC "Newsnight" program investigating sex abuse claims against former entertainer Jimmy Savile was canceled last year. Mr. Entwistle quit this weekend after a separate "Newsnight" investigation erroneously implied that a senior politician had molested a young boy.

The scandal has thrown the license-fee-funded broadcaster into disarray and intensified criticism against the 90-year-old institution that runs the U.K.'s most-watched TV channels. The head of the BBC's supervisory body called for a "radical overhaul" of the corporation as it seeks to justify the annual 3.6 billion pounds ($5.7 billion) it receives from U.K. households.

"Entwistle is right to step down and I'm not surprised Helen Boaden has stepped aside, but it's premature to conclude the BBC is a broken and valueless institution and that the management structure is at fault," said Claire Enders, a media analyst at Enders Analysis in London.

The BBC said that Ms. Boaden and Mr. Mitchell had nothing to do with the "failed 'Newsnight' investigation," which implied child abuse by politician Alistair McAlpine. Still, the probes into the BBC's practices will mean some officials would be "unable to exercise their normal authority."

The BBC is conducting two investigations, one addressing the culture and practices of the BBC when Mr. Savile worked there and one on why the episode of "Newsnight" discussing Mr. Savile was canceled. Ms. Boaden and Mr. Mitchell expect to return to their posts after the Saville investigations conclude, the BBC said.

The BBC's internal inquiries also will look into the role of executives such as Mark Thompson, Mr. Entwistle's predecessor. Mr. Thompson is due to start his new position as CEO of The New York Times today. Robert Christie, a spokesman for the New York Times Co., said Mr. Thompson will start the job as planned. He declined to comment further.

The BBC needs a "thorough, radical, structural overhaul" of its management, Chris Patten, chairman of the panel that oversees the corporation, the BBC Trust, said on the BBC's "Andrew Marr" program yesterday. If the corporation loses public trust, "it's over," he said.

Mr. Entwistle, who served also as editor-in-chief and took over from Mr. Thompson less than two months ago, cited unacceptable journalistic standards involved in the "Newsnight" broadcast in his resignation statement. Mr. Entwistle first joined London- based BBC in 1989 as a broadcast journalism trainee. He will receive a full year's salary of 450,000 pounds in return for his resignation, the BBC Trust said in a statement.

"This is a large amount of money, and tough to justify considering the circumstances of Mr. Entwistle's departure," Maria Miller, U.K. secretary of state for culture, media and sport, said in a statement. "The Trust will need to justify this -- it is accountable to license-fee payers in ensuring value for money, and we expect it to have considered that carefully."

BBC, with about 22 ,000 employees, runs operations that span from international news gathering to entertainment, sports and educational shows. The broadcaster is affectionately nicknamed "Auntie" in the U.K. for its familiarity to generations of viewers. In the year through March, BBC got more than 70% of its 5.09 billion-pound income from license fees paid by U.K. households with TVs.

BBC said today it will "re-establish a single management to deal with all output" to "address the lack of clarity around the editorial chain of command." Acting Director General Tim Davie is expected to outline his plan for handling issues around the "Newsnight" program on Mr. McAlpine later today "as a first step in restoring public confidence," the BBC Trust said.

The BBC turmoil marks the latest in a scandal-ridden couple of years for the U.K. press. London police, in addition to investigating claims that Mr. Savile may have used his position as a TV host and volunteer to sexually abuse more than 300 people as far back as 1959, are still looking into claims that reporters at News Corp., owner of the most-read U.K. newspapers, hacked into mobile phones and bribed police for stories.

Mr. Thompson, who led the BBC for eight years until September, has said he wasn't aware of the abuse allegations and didn't participate in stopping "Newsnight" from airing its Savile segment.