Even Beyoncé Can't Save the VMAs

Ratings Plummet 34% as Younger Viewers Fail to Turn Up
READ THIS NEXT
‘I cry for justice in her name’: Oprah honors Breonna Taylor on the cover of her magazine 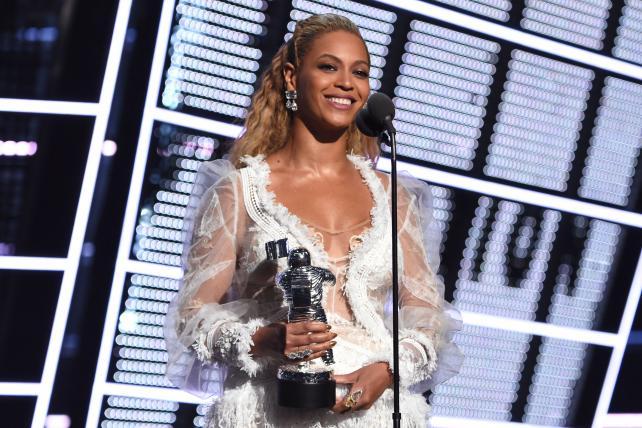 Beyoncé accepts the award for Video of the Year during the 2016 MTV Video Music Awards at Madison Square Garden on August 28, 2016, in New York City.
Credit: Larry Busacca/MTV

For all the noise it made on social media, Sunday night's simulcast of the 2016 MTV Video Music Awards barely registered on the "rustling leaves in the distance" threshold of Nielsen's metaphorical TV ratings decibel scale.

According to the final live-plus-same-day data, MTV's annual pop spectacle failed to draw much of a crowd on linear TV, averaging just 3.27 million viewers on the flagship network and around 6.5 million viewers overall when simulcasts across sibling outlets such as VH1, Comedy Central, BET, Spike, TV Land and CMT were factored into the mix. All told, the VMAs were telecast concurrently across 11 of the Viacom cable networks.

If the decline in overall TV viewers was severe, the demographic results were even more unsettling. At the mother ship, the VMAs drew a 2.7 rating among female viewers age 12 to 24, which represented a 41% decline when compared to last year's 4.6 rating. Among the older crowd, one-third of the adults 18-34 audience disappeared, while the 1.8 rating the VMAs notched in the 18-49 demo marked a 31% drop when compared to MTV's year-ago delivery (2.6).

While MTV was quick to point out that digital consumption of the VMAs was up 70% to 62.8 million streams on its homegrown online properties -- Facebook contributed another 45.8 million streams -- those ancillary views don't detract from the reality that the Viacom nets still generate the bulk of their ad sales revenue via vanilla TV. Moreover, as a metric, gross streaming views are a slippery beast, as they aren't readily comparable to the standard Nielsen rating, which measures how many viewers were tuned in for an average minute of televised content. (If the Rio Summer Olympics and the 2014 FIFA World Cup are any indication, digital deliveries of live, or quasi-live, TV events rarely account for a total audience lift of more than 7%.)

MTV also noted that the VMAs were responsible for 90% of Sunday night's TV-related Twitter activity. (At the risk of entirely discounting the company's self-reported digital benchmark, that and $2.75 will get you a ride on the R train.)

That Viacom's target audience is no longer engaging with linear TV is no secret; MTV alone saw 25% of its base slip away in 2015, while Comedy Central's primetime ratings dropped 20% and Nickelodeon fell 22%. But to see such sharp declines on a night of pop culture royalty (Beyoncé! Kim 'n' Kanye! It's Britney, bitch!) suggests that demographically apposite viewers are falling out of the linear TV slipstream at a faster clip than even the most vocal Chicken Littles may have imagined.

For all that, the VMAs still generated a good deal of revenue for the MTV nets -- nearly $30 million in TV spend, based on buyer estimates of an average unit cost of around $200,000 on the primary telecast -- and a lot of that windfall was stirred up by returning clients. As was the case a year ago, Taco Bell was omnipresent, buying nearly 50 spots across the simulcasts, while Samsung, Truth and Trojan topped their year-ago investments. Perhaps the most visible VMAs advertiser was Verizon, which according to iSpot.tv estimates, ponied up for 45 national TV spots during Sunday night's multicast, up from five spots in the 2015 show.

Setting aside generational media-consumption habits and all that they imply, the VMAs also failed to capitalize on a somewhat less-ferocious competitive slate. AMC's "Fear the Walking Dead" (3.66 million viewers, 1.6 adults 18-49 rating) didn't put up anywhere near the numbers it generated a year ago, when it averaged 8.18 million viewers and a 4.1 in the demo, and the season premiere of FX's "The Strain" was flat versus a year ago with a draw of 1.35 million viewers and a 0.6 rating. TNT's "The Last Ship" was down 38% with a 0.5 in the dollar demo, while Showtime's "Ray Donavan" plummeted 60% from last year's 0.5 rating to a 0.2. HBO enjoyed the biggest year-over-year lift, as the season finale of "The Night Of" scared up 2.16 million viewers and a 0.9 rating, marking a vast improvement when compared with the 426,000 viewers and 0.1 demo it averaged back on August 30, 2015, during the conclusion of its six-part limited series "Show Me a Hero."