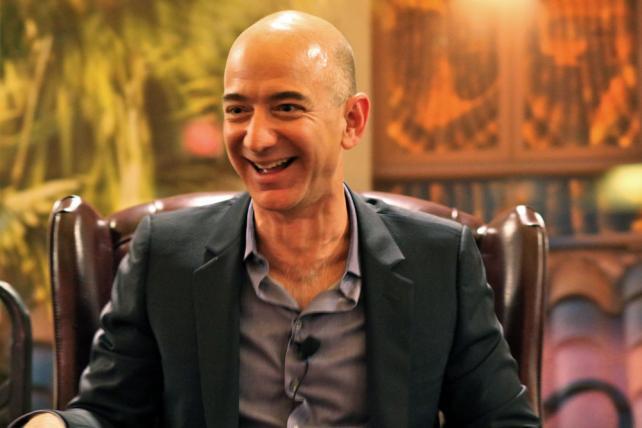 Every two weeks, Jeff Bezos holds an hour-long conference call with executives at the Washington Post. Twice a year, the managers fly to Seattle for day-long strategy sessions with the Amazon founder. And every so often, they find a reader complaint in their inbox forwarded without comment from [email protected]

More than two years after he bought the Post from the Graham family for $250 million, Mr. Bezos has shaped its digital transformation in ways big and small. His behind-the-scene influence has yielded a milestone: The newspaper has surpassed the New York Times in unique U.S. Web visitors two months running.

After Mr. Bezos acquired the Post -- as an individual buyer and not as part of e-commerce giant Amazon -- he said he had no formula for rescuing the declining newspaper industry, and promised an era of experimentation.

"I didn't know anything about the newspaper business," Mr. Bezos said last year at a media conference. "But I did know something about the Internet. That, combined with the financial runway that I can provide, is the reason why I bought the Post."

Mr. Bezos didn't respond to a request for an interview.

Post executives say the newspaper's digital growth -- from about 26 million unique visitors in August 2013 to about 72 million in November 2015 -- is the result of several initiatives. Most notably, it has widened its focus on national and international coverage and added 70 employees to the newsroom, including about 50 reporters and editors, lifting the headcount to about 700.

The digital gains can also be attributed to its relationship with Amazon and Mr. Bezos himself. While he hasn't expressed opinions about the Post's journalism and has only visited the newsroom a few times, Mr. Bezos has been hands-on with its technology and instrumental in making it a more data-driven company, said Shailesh Prakash, the Post's chief information officer.

"He's got his fingerprints in a lot of things," Mr. Prakash said. "I send him links to try. He's curious. He asks questions."

In September, the newspaper said that Amazon Prime subscribers can get online access to the national edition free for six months, with an option to continue subscribing at 60% off. Late last year, the Post introduced an app that comes preinstalled on Amazon Kindle Fire tablets -- a project Mr. Bezos was deeply involved with, Mr. Prakash said.

The Post has hired some engineers from Amazon, and its data scientists talk regularly with their Amazon counterparts, getting tips on how to recommend stories better based on Amazon's approach to recommending products to consumers, Mr. Prakash said.

Recruiting top engineers has become easier because the Post is owned by Mr. Bezos, Post executives said. "A number have come from some of the top places for an engineer to be and that's in part because they have the opportunity to work with Bezos," said Publisher Fred Ryan.

Frozen pensions
Not all decisions have been popular. Under Mr. Bezos, the Post has frozen pensions for some current employees. Freddy Kunkle, a co-chair of the Post unit of the Washington-Baltimore News Guild, said the pension was already fully-funded and called the decision "very shocking."

"There was no reason to do that," Mr. Kunkle said. "It was just macho-capitalism."

Kris Coratti, a Post spokeswoman, said journalists at the paper aren't measured by how much traffic their stories generate. She declined to comment on the pension decision.

And while the Post's online traffic has almost tripled under Mr. Bezos, its print circulation, like many other newspapers, has continued to decline. As of the end of September, daily print circulation, excluding Sundays, is down down 18% to 340,381 since Mr. Bezos took over, according to the Alliance for Audited Media. As a private company, the Post doesn't disclose revenue, profit or digital subscribers publicly, and Post executives declined to comment on those figures.

Still, Mr. Bezos has imbued some of the Post's journalists with a sense of optimism after years of buyouts and cuts. Kevin Merida, a former managing editor who recently left to join ESPN, said Mr. Bezos's arrival was like "all of a sudden Michael Jordan is coming to your team."

Reporter Carol D. Leonnig, who won a Pulitzer Prize this year for her series on the U.S. Secret Service, said the Post has hired more breaking news reporters, freeing up veteran journalists like herself to do more investigative reporting.

"There's a lot of energy and excitement in the room to replace all the grim, dour, low morale that plagued the place before," Ms. Leonnig said.

Inside the new newsroom in Washington, which opened this month, a large screen displays real-time traffic statistics of stories on its website. Less visibly, Mr. Bezos suggested measuring whether readers prefer the Post to its rivals. So engineers created a program that takes articles from the New York Times, Wall Street Journal and other publications, strips out their branding, then surveys readers on which articles they'd rather read. The 600 or so readers are paid a small fee for taking the survey and are asked to provide some basic demographic information.

'Jeffisms'
Mr. Bezos' influence is evident in small ways, too. Post executives have adopted some of his sayings, called "Jeffisms." They talk about reducing "cognitive overhead" and "friction" that discourages readers from signing up for e-mail newsletters. Mr. Bezos calls ideas that could upset Post subscribers, like jamming too many ads on a Web page, "reader hostile." As he's done at Amazon, Bezos requires Post executives to write lengthy memos outlining their projects instead of using PowerPoint presentations, believing that narrative writing forces people to think more deeply.

Marty Baron, executive editor of the Post, says the model under the billionaire owner probably can't be replicated at publicly-held newspaper companies that are pressured to meet the financial expectations of Wall Street.

"If you're trying to improve your financial performance quarter to quarter, it would be very difficult to do this," Mr. Baron said. "If you take the longer view and are willing to accept the market will take the longer view as well, or you don't care, then you can make these kinds of investments."