Audience Fragmentation Is the New Normal, But Broadcast Still Aggregates the Biggest Crowds
READ THIS NEXT
Peacock inks exclusive deal with WWE Network

While it can be invigorating to declare the upfronts anachronistic, obsolete or dead, you could easily argue the opposite: that they're more important, wanted -- indeed needed -- than ever. 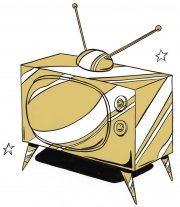 First, let's make the distinction between the big party and the actual negotiation for advertising dollars. This week's broadcast-TV upfronts will have both, in spades. Audience fragmentation is the new normal, but broadcast still aggregates the biggest crowds. And after these big parties are over, possibly as few as 40 people from the networks, agencies and brands will go into backrooms and decide how $9 billion of the $62 billion U.S. TV ad market will be spent next year.

Agency folk love to complain about upfronts: there are too many; they're not real if there's no negotiation; they're a waste of time and energy, etc, etc. But rather than listen, watch what they do. This is the time of year when the most powerful ad execs in the nation stand in line -- line! -- to get into Carnegie Hall and Lincoln Center to hear the pitch, see the clips and laugh along with the stars.

From those on the outside looking in will be chatter about the "death" of broadcast, the upfronts and the clubby system that supports them. Just as Google was courting Madison Avenue for its share of the spoils two weeks ago, former CEO Eric Schmidt claimed victory over TV, saying the shift to the web had "already happened." That way of thinking follows a familiar narrative: Fragmentation driven by the web, new sources of programming, platforms and screens will inevitably marginalize the broadcast networks and their upfronts.

While that's true, there's actually a bigger threat that should have YouTube just as concerned as the networks: The migration of the best TV programming to non-ad-supported platforms like HBO, Amazon and Netflix. YouTube's storyline is that it will accommodate all content business models, including paid channels. But it won't take the kind of risk Netflix is by sinking $100 million into "House of Cards," or other expensive content brands that form viewing habits, brand allegiance and fuel conversation at the water cooler (or, realistically, Twitter).

The broadcast networks' source of enduring power isn't habit or that people don't know how to find the internet or change the channel. It's that they are the ones investing hundreds of millions in content each year with the full knowledge that much of it will fail, never go from pilot to series or will be canceled after three episodes. As one observer remarked the other day, the broadcast networks spend more on content they know will fail each year than YouTube spends in its entire original-content initiative.

There are plenty of ad sellers throwing upfronts that you can ignore. The ones to pay attention to are those making the big bets that could turn into the next cultural events -- they will have the audience and the dollars that come with them.