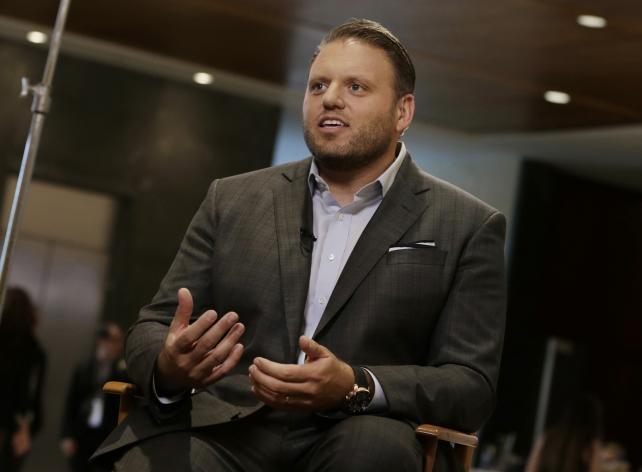 Howard Mittman in 2014, when he was VP-publisher of Wired magazine at Conde Nast.
Credit: Peter Foley/Bloomberg

Sports website Bleacher Report is putting a former Conde Nast executive in charge of its plan to siphon off more advertising revenue from online giants like Facebook.

Turner, which owns the cable networks TNT and TBS, is trying to position Bleacher Report as a viable alternative to Facebook and Google for marketers seeking to reach young audiences. Brands will be more relevant to millennials if they shift some of their Facebook advertising budgets -- even just 5% -- to the sports website, Finocchio said.

The site, founded in 2006 and acquired by Turner in 2012 for almost $200 million, reaches more than 250 million people across Twitter, Facebook and Instagram each month. About 75% of those people are under age 34, the company says.

The dominance of the Google and Facebook in advertising is forcing media companies to find new sources of revenue. BuzzFeed, for example, is diversifying into ecommerce, like selling cookbooks, and is also making TV shows and movies.

"We don't want to be fully dependent on the ups and downs of advertising," Finocchio said.

Previously, Mittman spent more than a decade at Conde Nast, most recently as chief business officer of titles such as GQ, Golf Digest and Pitchfork. His ability to sell sponsorships across different platforms like print, digital and live events will also help Bleacher Report, which has a large online following and also creates content connected to Turner sports programming like the NBA playoffs, Finocchio said.

"I thought it was so important to have someone who has that experience," Finocchio said.

Mittman's time selling advertising for GQ will also benefit Bleacher Report because their male-skewing audiences overlap, Finocchio said. Bleacher Report is trying to expand beyond sports into cultural coverage, including fashion and music, he said.