No Bump for Trump as GOP Convention Ratings Plummet 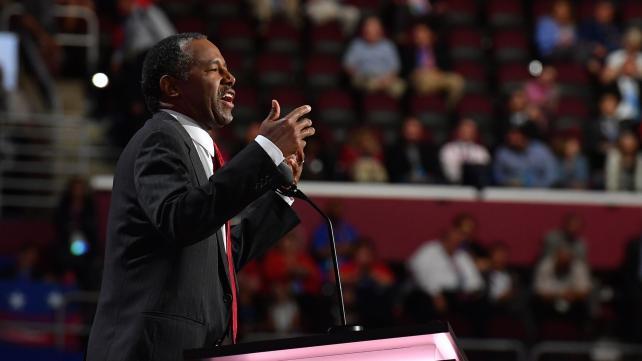 Ratings for night two of the 2016 Republican National Convention took a bit of nosedive, as the number of people in the crucial news demo dropped 20% versus Monday's deliveries.

According to Nielsen live-plus-same-day data, Tuesday night's convention coverage averaged 5.68 million adults 25 to 54 across ABC, CBS, NBC, Fox News Channel, CNN and MSNBC, down from the 7.14 million demographically relevant viewers who tuned in for the opening night's activities. Overall deliveries were down 14% to 19.4 million viewers.

On a cumulative basis, the 10-11 p.m. EDT deliveries added up to a 4.8 demo rating across the six networks, down from the opening night's 6.0.

Comparisons to the second night of the 2012 GOP convention were less unfavorable, as the demo dropped just 7% when compared with the analogous night four years ago (6.1 million adults 25-to-54/5.1 rating). Total viewers were down 6%.

Through the first two nights of the RNC, the networks are averaging 21 million total viewers, up 2% versus 20.6 million in 2012. Thus far, the average number of adults 25-to-54 tuning in for the coronation of Donald Trump is up 5% to 6.41 million viewers, which translates to a 5.4 demo rating.

As was the case during night two, commercial loads during convention coverage were extremely limited, as CBS and ABC aired nine spots each while NBC ran just five. The usual suspects were on display (Pfizer, Vanda Pharmaceuticals, Novartis), but two movie ads snuck in as well, as Walt Disney Pictures promoted the upcoming kiddie flick "Pete's Dragon" while Warner Bros. bought two minutes of airtime on both ABC and CBS to hype its dark comedy "War Dogs."