Coming Up Rosy: Inside the Business of 'The Bachelor' | Ad Age
Skip to main content
Sign In Register

Coming Up Rosy: Inside the Business of 'The Bachelor'

How the Franchise Has Become More Relevant to Viewers and Advertisers As It Nears Its 20th Season
READ THIS NEXT
Crain Communications buys cannabis media firm
'Bachelor' host Chris Harrison with Ben Higgins, star of the show's upcoming 20th season.
Credit: Rick Rowell/ABC

Roses may wither, but after more than a decade, "The Bachelor" franchise hasn't lost its bloom.

Early indicators suggest it will once again be a challenging season for broadcasters. Despite aggressive marketing for high-profile shows like Fox's "Scream Queens" and ABC's "The Muppets," it is harder than ever to launch a new series, and even more difficult to retain audiences season after season.

That makes the success of ABC's "The Bachelor," which will kick off its 20th season in January, all the more impressive. Not only has the reality dating show survived, but it is quite possibly more relevant than when it began.

When the first rose was handed out in September 2002, Mark Zuckerberg had just started college; there was no such thing as Twitter or Periscope or Snapchat; Netflix was solely focused on mailing DVDs to homes, and TiVo was still in its early years. If you missed an episode of your favorite show, you had to either wait until the network re-aired it or just move on.

Since that first limo pulled up to the "Bachelor" mansion, kicking off a televised shot at love for one man and about two dozen women, there's been a cataclysmic shift in how viewers consume content and an explosion in the sheer amount of original programming available.

This makes the persistent franchise "a bizarre anomaly in TV," said host Chris Harrison, who has been with the show since its first season. "Typically, a show finds an audience and then that audience gets older and the younger audience doesn't think it's cool," Mr. Harrison said.

The innate social nature of the franchise has made it more compelling to viewers and advertisers. So much so that ABC airs three iterations of the franchise each year, including "The Bachelorette" and "Bachelor in Paradise."

"While all shows continue to erode due to increased fragmentation, 'The Bachelor,' like 'Survivor,' has been able to remain viable in a cluttered landscape thanks to the fact that these shows are built for real-time conversation and social media, which certainly help nourish the brand," said Billie Gold, VP-director programming research, Amplifi U.S., part of the Dentsu Aegis Network.

The franchise has spawned fantasy leagues, drinking games and viewing parties around the country. There's a Progressive commercial spoofing the series. ESPN's Grantland even offers a podcast called "The Right Reasons" that obsessively dissects the show. (The title refers to contestants' frequently expressed concern over whether other contestants are on the show for "the right reasons.")

And nearly every episode tops Nielsen's nightly Twitter ratings. The most recent finale of "The Bachelorette," for example, generated 352,000 tweets that were seen by 4.6 million users.

ABC has dubbed the series' die-hard fans "Bachelor Nation," and it's a group advertisers seem eager to reach.

"The show now feels like a better proposition than, say, five years ago because of social," said Neil Vendetti, exec VP-national video activation, Zenith. "You rarely see that with a show. If you draw a bell curve showing the value the show has to advertisers, it would have started nowhere, jumped up quickly because of the early ratings, go down about midway through and then, once social kicked in, jump up higher than ever." 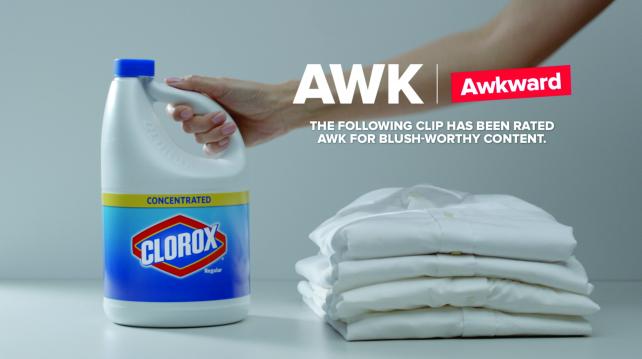 Clorox has been sponsoring a 'Bleachable Moment of the Week,' highlighting events that contestants would prefer to undo.

Clorox has found value in the franchise as a sponsor of "The Bachelorette" since 2012. "We wanted a partner in the reality-TV space. We wanted to connect with consumers on social, and reality lends itself to that type of conversation," said Molly Steinkrauss, associate marketing director, Clorox.

The campaign resulted in more than 2 million social engagements across Facebook and Twitter last season, averaging an 8% engagement rate, double the industry average of 4%, according to the company.

As a result, Clorox has signed on to the next season of "The Bachelorette," which will air in the spring.

Staying Power
The media landscape is more cluttered, but the franchise has been remarkably consistent
Viewing patterns

Source: Kantar Media.
Charts by Chen Wu.
This chart may not work on your platform. Please view it on AdAge.com

That's not to say "The Bachelor" hasn't had its fair share of ratings erosion. It has seen a precipitous decline in viewers since around season 14, shedding about 30% of its total audience that watches live or on the same day. Current ratings are a far cry from its peak of averaging more than 14 million viewers in its second season.

Its median viewer age has also increased significantly, to about 53 years old this year from about 45 in 2006.

"The Bachelor" has received its fair share of criticism, too, spanning its relentless lack of racial diversity and questions about just how "real" the show actually is. These issues and many more were caricatured this year in the Lifetime drama "UnReal," which was cocreated by a former associate producer of "The Bachelor." In Lifetime's scripted, exaggerated take on the genre, we see producers do everything from getting contestants drunk to tampering with their medications.

But none of that has stopped the core Bachelor Nation from tuning in. Since 2012, the audience has remained stable, with the past four seasons averaging just over 8 million viewers. And while the show's audience has certainly aged, it has also become more affluent, with its median income increasing by about $10,000 over the past decade.

"There's a ratings stability," said Darcy Bowe, VP-media director, Starcom. "[As an advertiser] you know what you are going to get week after week."

For the most part, new technologies and platforms haven't meaningfully changed the show.

"We are never going to alter the crux of the format. There will always be a rose ceremony, one-on-one dates, group dates and hometown dates," said Robert Mills, senior VP-alternative series, specials and late-night programming, ABC Entertainment.

The franchise has sometimes tried to shake things up, however, with mixed results.

The most recent season of "The Bachelorette" featured two women vying for the key role throughout the first episode, with the power to decide in the hands of the gaggle of male suitors. The decision to have two bachelorettes was made just two weeks before production started and was based on Bachelor Nation's interest in both women, Mr. Mills said.

"The audience has become a silent producer," Mr. Mills said. "They help decide who the leads should be, the kind of dates they want to see; it really makes them feel they are on the journey together."

But the decision received plenty of backlash, with critics calling it sexist.

Another unpopular move was ending nearly every episode last season with a cliffhanger instead of a rose ceremony.

While the Nielsen numbers indicated that the tactic brought more people to the opening of the next episode, "fans were frustrated," said Mike Fleiss, executive producer and creator of the series.

"We like to listen to the fans and see what they are responding to," he said, adding that as a result, there will be fewer cliffhangers this season.

"If it wasn't for social media, we maybe wouldn't have made the decision to reduce the number of cliffhangers," Mr. Fleiss said. "I would have just looked at Nielsen," which would have indicated it was a success.

"How you utilize social media is the multimillion-dollar question and an enigma across TV," said Mr. Harrison. "How do you implement it and monetize it? It is really hard. But for us, it happened naturally."

"This is 100% the definition of a viral campaign," he added. "It happened organically. When you try, that's when it's not authentic and feels false."

While "The Bachelor" may naturally lend itself to social media, both the producers and ABC have made an effort to facilitate that conversation. That includes Mr. Harrison tweeting along with Bachelor Nation during the show. And it certainly helps that former contestants, who have developed their own fan bases, tweet along as well.

Social media has also created some challenges, especially as it pertains to keeping details of the season a secret. It has become next to impossible to avoid images of the contestants' dates appearing on Twitter, or someone snapping a picture of a rejected contestant on a plane ride home.

"We are not afraid to tell you things," said Jill Gershman, VP-comedy and alternative series, marketing, ABC Entertainment, who helped launch "The Bachelor." "We are letting viewers in on the story. We reveal more now and are more open with the audience. We will tell you someone is going home. … The shock is more how we get there than the thing itself."

There's also been a concerted effort to turn the show into a weekly event. Even if the dates and rose ceremonies aren't actually airing live, ABC is attempting to create a sense of urgency to get viewers to tune in live.

The finales the last few seasons have had live "wraparounds" where Mr. Harrison essentially hosts a live viewing party from a Los Angeles studio.

"In this DVR, digital world, we still like people to view live or within three days, so marketing it as a live event helps us to do that," Ms. Gershman said.

ABC has created some live episodes, like "After the Final Rose," where viewers get a chance to see what happened to the couple since the final rose ceremony. And this summer, ABC introduced a live postshow for "Bachelor in Paradise" called "After Paradise," giving viewers the opportunity to talk live with contestants.

The producers are planning another live component to air toward the end of next season, Mr. Fleiss said, declining to provide specifics.

"Brands are looking for live and looking for buzz, and 'The Bachelor' checks off both boxes," Zenith's Mr. Vendetti said.

While "The Bachelor" wasn't created with any of this in mind (Mr. Fleiss admits he didn't even know how to send a text message when the show first started), it has embraced the opportunity to create a robust digital community.

It's not something ABC plans to give up anytime soon. "It has the potential to be on for the indefinite future," Mr. Mills said.

Executives involved in the enduring success and longevity of The Bachelor franchise will be speaking at Ad Age's Brand Summit on Nov. 4 in Los Angeles. Register here: http://adage.com/events/brand-summit/