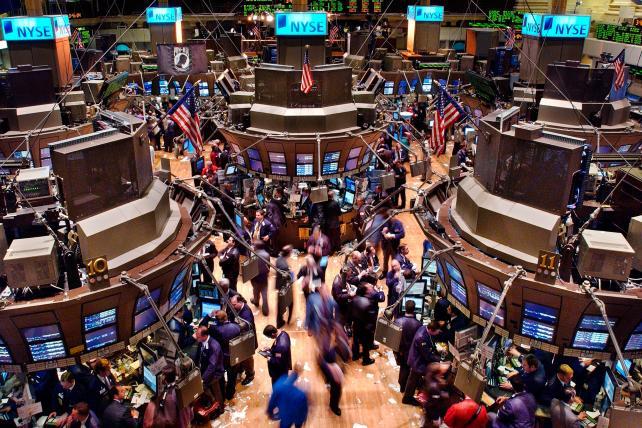 U.S. media stocks are having their worst week since August, when Walt Disney Co. revealed that its ESPN sports network had lost subscribers.

The S&P 500 Media Index, which includes Disney, Time Warner Inc., Fox and Viacom, is down 7% this week, the worst decline since the week that ended Aug. 7. Disney and Time Warner disclosed this week that their key cable networks had lost subscribers, overshadowing earnings that beat analysts' estimates.

Customers of Verizon Communications Inc.'s Fios TV can opt for packages that leave out the entire slate of Viacom channels, from MTV to Comedy Central. At DirecTV, a bundle without Disney's ESPN costs $10 a month less than the full package. And Dish Network Corp.'s online Sling TV service has nary a network from Fox.

After decades of building a bigger and bigger collection of hundreds of channels to offer cable customers, pay-TV providers have been scaling back to smaller offerings, designed to appeal to consumers who are sick of paying a higher bill for channels they don't watch.

Cable companies say subscribers with skinny bundles make up a significant minority of new customers, and the packages are clearly worrying investors. Despite reporting earnings that beat analysts' estimates, Disney and Time Warner shares sank Wednesday after the companies disclosed that their key cable networks were losing subscribers.

Despite a good quarter from cable operators' video businesses, "the overall pay-TV ecosystem is still losing subscribers," said Paul Sweeney, an analyst at Bloomberg Intelligence. "In an environment where there is cord-cutting and skinny bundles, that means fewer subscribers for many networks like ESPN."

The undisclosed number of subscriber losses at ESPN and Time Warner's Turner division, which includes TNT and CNN, are just part of a wider set of challenges facing the cable industry. Ratings are down at many cable networks, reducing ad dollars. Costs for the rights to big-league and college sports continue to surge, and producing original programs like "Game of Thrones" and "The Walking Dead" is becoming an expensive, risky and necessary task to retain viewers.

Add to that the rise of streaming services such as Netflix and Hulu, which compete for the attention of viewers, especially young ones who may never have paid for cable. While traditional cable packages cost an average of about $84 a month, Netflix and Hulu cost at least $7.99 each a month, and Time Warner's HBO Now online-only service is $14.99. With all the streaming options available, customers can easily pay as much as they did for traditional cable, but they get to choose what content they're paying for.

But the loss of subscribers for big cable networks has struck fear in investors because pay-TV providers like DirecTV, Verizon, Comcast Corp. and Time Warner Cable Inc. have been able to gain video customers at the same time -- meaning some of those new subscribers are choosing packages that leave out some cable networks. Verizon said about one-third of its new customers signed up for "skinny bundles" that leave out some networks that are normally part of traditional packages. About one-quarter of Comcast's new video subscribers went for a skinny bundle.

Cable subscriber comeback
Sling TV, the Fox-less online-only service that includes Disney's ESPN and Time Warner's TNT, had 394,000 subscribers at the end of September, according to MoffettNathanson. Disney Chief Executive Officer Bob Iger lauded the service on a conference call Tuesday, saying it's "proving very attractive to young consumers, in particular" and has "been quite successful in bringing previous cord cutters back to pay-TV along with new subscribers."

Disney is in talks with new and current partners on services and packages that would include ESPN, Mr. Iger said. While that could help the company win back subscribers, Mr. Iger faces the challenge of making sure he can keep charging his new allies the highest fee in the industry for a cable network.

Along with Fox, Viacom's channels are left out of the Sling TV package. Viacom has struggled to come up with new hits in the wake of the departures of Jon Stewart and Stephen Colbert from Comedy Central, where prime-time viewership has declined double digits this season. MTV has had a similar plunge.

Cable networks have been cutting costs to adjust to the changing landscape. Fox announced plans to eliminate jobs in its TV and film businesses this month, part of an effort to reduce costs by $250 million. The company is seeking voluntary resignations by May 23. John Skipper, head of ESPN, undertook similar steps in October, with the network firing just under 300 people, about 3.8% of its workforce. Viacom eliminated jobs last April.

Viacom CEO Philippe Dauman sought to address the industry's challenges Tuesday, saying on a conference call that he has revamped the leadership of those networks to draw more viewers. But investors looked at Viacom's fourth-quarter U.S. advertising revenue -- down 4% from a year earlier -- and its fees from pay-TV carriers -- little changed from 2015 -- and sent the stock down 21%, a record plunge.

Investors have become "extremely sensitive" to any evidence that cord-cutting or skinny bundles may shrink affiliate fees, the payments that media companies get from pay-TV providers, said Kannan Venkateshwar, an analyst at Barclays Plc. That's because, as television advertising dollars shrink, affiliate fees "are the remaining lever of growth for media companies."

"Any time there's a data point out which bears out that hypothesis -- that affiliate fees could be under pressure -- the stocks fall out disproportionately," Mr. Venkateshwar said. "Investors are just very sensitive to that data point."