As 'House of Cards' Arrives, Why Cable Isn't Interested in the Netflix 'Binge' | Ad Age
Skip to main content

As 'House of Cards' Arrives, Why Cable Isn't Interested in the Netflix 'Binge'

Netflix has predicted that its release of the whole first season of its original series "House of Cards" today is the beginning of the end of weekly, episodic TV viewing. 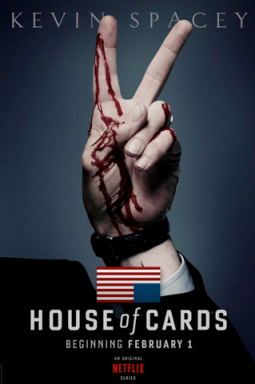 "Imagine if books were always released one chapter per week, and were only briefly available to read at 8 p.m. on Thursday," Netflix CEO Reed Hastings said in a letter to shareholders last week. "And then someone flipped a switch, suddenly allowing people to enjoy an entire book, all at their own pace. That is the change we are bringing about. That is the future of television."

Consumers will render a real-world verdict on that assertion over time, but for now cable programmers remain skeptical about encouraging marathons for shows that haven't at least aired first on a traditional schedule.

Even HBO, which like Netflix is motivated by subscriber growth and doesn't have advertising to worry about, still makes viewers wait a week between new episodes of "Girls" or "Game of Thrones." It only allows full-season binge viewing once already-viewed episodes have piled up on its TV Everywhere platform.

That's largely because of social media and real-life social dynamics, according to Sabrina Caluori, VP-social media and performance marketing at the premium cable network. A weekly release schedule encourages viewing parties and sustained conversations. "They don't want to miss anything so feel the need to tune in when it airs," she said.

Week-to-week conversation drove awareness and discovery for "Game of Thrones," Ms. Caluori said, allowing viewers to digest the epic storyline and debate what would happen next. (Witness, not incidentally, the rise of the "recap" genre on countless websites -- invaluable weekly promotion for the series they cover.)

It's a safe bet, meanwhile, that FX is hoping to capitalize next week on the positive buzz around the first episode of its new spy drama "The Americans" this week, including news reports that the series debut drew 3.2 million viewers on Wednesday night.

Netflix's decision to release the first season of "House of Cards" in one swoop -- and to do the same with other upcoming originals -- has generated plenty of hype for the series and the service. But the question remains whether "House of Cards" chatter will last long after it starts streaming. And if new customers sign up specifically to see "House of Cards," how long will they stay?

"Releasing all episodes at once is a risk for Netflix," said Wedbush Securities analyst Michael Pachter. "There's always the risk that once subscribers watch what they want they will unsubscribe. Week-by-week viewing drives conversation. The more people that talk about a program, the more people may be compelled to sign up for the service. Netflix loses the water-cooler talk completely. They lose the word-of-mouth aspect, which they were so quick to claim helped subscriber growth this quarter."

Hulu, a Netflix rival, has so far opted to parcel out its original series on the traditional week-to-week basis, citing yet another consideration: production schedules.

"We see that weekly distribution gives great storytelling room to build anticipation and excitement among viewers," a Hulu spokeswoman said in an email. "It drives momentum for ongoing social media and water cooler chatter. The storytellers we work with have generally built their stories to maximize episodic viewing, which is how most of our viewers are accustomed to using Hulu. As with traditional TV, you have to consider that individual episodes are mostly ready to air in a sequence over time. We have the choice to hold a launch until all episodes are finished, or launch in a traditional weekly pattern as episodes come out of production."

But Hulu isn't ruling out other types of scheduling. "At some point, I'm sure we'll work with a creator and determine that the storytelling and viewing experience are best suited to have all episodes released together," the spokeswoman said. "We're not dogmatic about a specific model."

And marketers and agencies may want to start thinking about how to maintain a presence as on-demand viewing grows. Avoiding commercials, after all, is a big part of the appeal of time-shifting and streaming services like Netflix.

"Marketers need to focus more on non-traditional advertising," said Noah Everist, associate director-media investments at Campbell Mithun's Compass Point Media unit. "They need to become part of the program in a non-invasive way. One day we will be able to turn on our chosen device and watch whatever we want when we want it. So advertisers and agencies need to figure out how to get their message across in this environment and come up with creative integrations."

Binge TV viewers could actually have extra promise for marketers, according to Adam Hanft, CEO of marketing firm Hanft Projects. They are often hyper-focused and are making a huge investment in time to content, which makes them valuable to advertisers if targeted properly, he said.