The Hopper, Dish Network's new ad-skipping DVR system, could result in higher subscriber costs and less original content being made, cable executives are warning at the Cable Show being held in Boston this week. 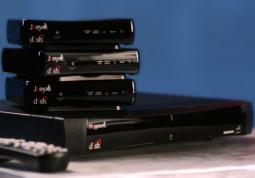 While the Hopper's automatic ad-skipping is limited to recorded broadcast TV for now, cable networks and their distributors said it was a worrisome development.

"In the end a technology like that could create real carnage for the industry," David Zaslav, president and CEO of Discovery Communications said during the opening panel at the Cable Show.

If it persists, the ad-skipping technology will also become part of negotiations between cable networks like those owned by Discovery and Dish Network, Mr. Zaslav added, pointing out that Dish CEO Charlie Ergen is a distributor and needs Mr. Zaslav's content. "If there aren't ads there will need to be higher subscription fees," he said.

As a result, Mr. Zaslav deemed the Hopper a "fad."

Time Warner Cable Chairman-CEO Glenn Britt agreed that removing ads would affect the rest of the equation. "The dual stream of advertising and subscription fees has been great for content providers and we don't want to destroy one of those revenue streams," he said. "Subscription prices will go up or less content will be made."

Cox Communications CMO Mark Greatrex also weighed in on the issue. "As a marketer it's not particularly helpful to bring that much uncertaintly into the marketplace."

Last week all four of the broadcast networks criticized Dish's device. Fox and NBC said they would refuse to run ads promoting the Hopper.

Still, the Hopper could force the TV industry to get creative in developing advertising in a digital world, said AOL Chairman and CEO Tim Armstrong.

Mr. Armstrong said everyone should be thinking about advertising from a mobile perspective first if they want to stay at the forefront in three to four years.