Players ranging from WWE to ABC News and Univision will again try to elbow their way onto pay-TV program guides this year. But 2013 may prove particularly inhospitable for upstart networks as cable and satellite distributors get serious about mitigating rising content costs. 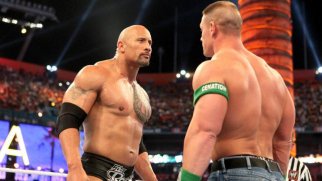 WWE is one of the players hoping to establish a new cable channel soon.

Time Warner Cable just dropped the arts channel Ovation, arguing that fewer than 1% of its subscribers tune in on any given day -- not enough to justify the $10 million in carriage fees it says it has paid over the past several years. Ovation isn't even an arts channel any more, Time Warner Cable says, contending that 70% of its schedule is now turned over to old movies, repeats of "Antiques Road Show" and direct-response product pitches.

One of the most recent arrivals, a new court and legal news channel called Justice Central, is trying to avoid the headwinds by forgoing carriage fees entirely. Justice Central, which arrived on AT&T's U-verse system last month, believes that the tactic will help it expand to 80 million homes in two years from just 4 million homes today.

"If you ask for sub fees and you are not sports or broadcast it's near impossible," said Byron Allen, CEO at Entertainment Studios, which introduced the network. But negotiations with AT&T were quick once the company found out that Justice Central wasn't seeking fees and ultimately yielded a 10-year deal, he said.

"We are going to start seeing MVPDs drop networks consistently," Mr. Allen added, referring to multichannel video programming distributors, industry jargon for pay-TV distributors. "They are not even going to go through the motion of negotiating."

That prospect isn't stopping new cable networks from trying their hands - with the hope of collecting both ad revenue and traditional carriage fees.

"Cable is still a viable business channel, if you can get the finances to work," said Noah Everist, associate director of media investments at Campbell Mithun's Compass Point Media. "And who doesn't appreciate the potential bottom-line benefits of a dual revenue model?"

Digital distribution is an essential complement but not yet a financial alternative on equal footing with cable, Mr. Everist said. "As for YouTube, everyone should be there, but unless you are Psy, the main driver of your ratings generally will be via the traditional channels," he said.

Some would-be newcomers said they understand the challenges ahead.

Back9Network, which touts Clint Eastwood as its chairman, is looking to tap into the golf lifestyle beyond the professional tour and open the sport to a broader audience.

The network is about halfway through initial carriage negotiations with some of the bigger satellite and cable operators, according to CEO Jamie Bosworth.

"Unless you're live sports, it's hard to get carriage right now," Mr. Bosworth said. "Cable companies don't want more. They are looking to get rid of networks. They are skeptical."

Mr. Bosworth is working to differentiate Back9Network from the Golf Channel in pay-TV executives' minds. Its focus will encompass more than just the sport itself, with plans to imitate successful reality shows like "Pawn Stars," "Antique Road Show" and the "Real Housewives" franchise using golf as the backdrop.

Having Mr. Eastwood on its board also helps the network by boosting its credibility. "He is more involved than any MSO would think he is ," Mr. Bosworth said, referring to multiple system operators, another industry term for pay TV companies. "He is hands on, involved in the talent we pick to the look and feel of the brand."

The company plans to roll out its full multimedia site, which is currently in beta, at the end of January. While Mr. Bosworth said he is still a big believer in traditional TV, Back9Network will also launch a digital platform in the spring whether or not any carriage agreements have been reached.

The ad-supported digital platform will be free for viewers and is designed to expose people to the brand. Fledgling networks have been turning to digital distribution as a way of expanding their audience and prove their value to cable and satellite distributors.

WWE hopes it already has a head start for a network of its own, with huge existing fan base and experience in producing content.

The company, which produces "Monday Night Raw" and "Friday Night Smackdown" for USA Network and Syfy, intends to make an announcement this year about a launch date, according to WWE CMO Michelle Wilson. Earlier reports had the company aiming to introduce the network back in April 2012.

The most challenging part of starting a new network is gaining distribution, Ms. Wilson said, adding that she sympathizes with pay-TV companies. "I appreciate the challenge of increasing programming costs and the operators' need to control those costs," she said.

That could mean that the network appears on distributors' premium tiers, where channels such as HBO and Showtime reside, rather than the more broadly-distributed basic tier. WWE is currently in discussions with potential carriers and is looking at potential models.

Ms. Wilson said "Raw" and "Smackdown" will remain on their current homes, driving viewers to the new network, which will include new, in-ring content in the vein of "Raw" and "Smackdown" as well as pre-show and post-show coverage. WWE also plans to draw from its 100,000 hours of library content for planned series such as "WrestleMania Rewind."

ABC News and Univision are looking to tap into the growing number of bilingual Hispanics with a 24/7 English-language news network. The unnamed network, which was announced by the two programmers last May, will include lifestyle, entertainment and health-related programming as well as traditional news.

Its biggest concern is getting pay-TV providers to pay for another news network, especially as mainstays like CNN try to ascertain how to present TV news as more viewers turn to social media.

ABC parent Walt Disney will be in charge of distributing the channel, however, which lends it some of the leverage of Disney's portfolio of networks, including ESPN and Disney Channel. The venture is also banking on the growing Hispanic population, particularly the younger, wealthier demographic. Nielsen projects that the buying power of Hispanics in the United States will reach $1.5 trillion in 2015, making it an appealing demographic to advertisers and pay-TV companies.

Cox Communications, Charter Communications, Cablevision and Google Fiber have already agreed to pick up the network, which is slated to arrive in mid-2013. The channel will introduce a website in the first quarter of this year.

Participant Media, which finances and produces socially relevant films and documentaries, is planning to introduce a network targeting millennials in the summer of 2013.

To that end, the company said last month, Participant has acquired The Documentary Channel and entered into an agreement to buy the distribution assets of Halogen TV from The Inspiration Networks. Participant will combine and rebrand the services as a new cable channel, which will be available to about 40 million subscribers.

The network, whose name will be announced in March, will be competing with channels like ABC Family and MTV . Participant plans to stand out on a crowded programming grid by creating entertainment that inspires change, said Evan Shapiro, head of the new network and former president of IFC and Sundance Channel, in an interview at the time of the announcement.

Most of the programming at the onset will be acquired, but Mr. Shapiro said original content across all genres will be key. Participant plans to work with a bevy of producers, directors and writers, including Brian Graden, producer and former president of entertainment at MTV Networks; The Jim Henson Company's Brian Henson; director David Guggenheim; "Super Size Me" director Morgan Spurlock; journalist and docu-filmmaker Gotham Chopra; and Cineflix Media, an international TV producer and distributor in which Participant controls an equity interest. Participant's credits include movies like "An Inconvenient Truth," "The Help" and "Lincoln."

Aside from socially-conscious programming, Participant is also looking to build a service in step with the way millennials consume video.

"Our content will be specifically designed for the viewers that the pay TV eco-system is most at risk of losing," Mr. Shapiro said last month. "We all know that millennials are changing how media is consumed. However, they also have the strong desire and inimitable capacity to help change the world. Our research shows that there is a whitespace in the television landscape and we believe that a destination for 'the next greatest generation' will be a win for our affiliate partners, advertisers and the creative community."

There is a way to gain widespread distribution without giving up hope for a retransmission fee: take over an existing channel. That's what's happening at the motorsports channel Speed, which Fox Sports plans to rebrand as Fox Sports 1 this summer in the latest effort to take on ESPN.

Fox has remained mum on the network, which would also compete with NBC Sports Network and CBS Sports Network. And the success of the network will depend largely on its sports rights, whose costs have been steadily increasing. But conversations with advertisers have already begun, according to one person familiar with the network. Speed is currently in about 80 million homes.