Why OWN Could Be the First and Last Celeb-Branded Net

Following in Oprah Winfrey's footsteps, "American Idol" host and media mogul Ryan Seacrest, "rapperpreneur" Sean "Diddy" Combs and actor Clint Eastwood have all been linked to new cable channels in recent weeks. But there's one big difference between these networks and Ms. Winfrey's OWN Network: The celebrities won't be the names or faces of their channels. 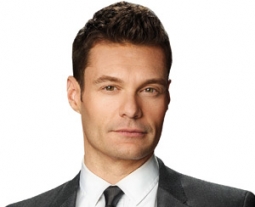 Ryan Seacrest
Take Mr. Seacrest, who will be working with Mark Cuban to rebrand the HDNet channel this summer as AXS TV, which will focus on live entertainment and lifestyle programming. "Ryan is an investor -- he isn't going to be the defining creative voice for the content on the channel," a spokesperson for Mr. Seacrest said.

A clear separation between the celebrity and the network is the right decision, according to media experts, who said Ms. Winfrey's close association with OWN may have actually been a detriment. The network has suffered from anemic ratings and disorganization in the corner office.

Ms. Winfrey now shoulders the burden of rescuing OWN, adding the roles of CEO and chief creative officer to her position as chairman.

"Anyone else launching a network would be wise to keep their name off of it," said Gary Lico, CEO of CableU, which studies the cable industry. "It can be polarizing; if you don't like Seacrest, you don't like the network if that 's how it's billed. And look at the heat Eastwood took for a simple commercial. If you're behind the scenes, that 's better; an almost-silent investor, better yet."

Diddy
Mr. Eastwood is parlaying his history in producing and directing, along with his passion for golf, into becoming the creative board chairman of the golf-lifestyle network Back9Network. He will be involved in programming and casting for the network, which is expected to launch this spring. While Mr. Eastwood may appear on-air occasionally, Back9Network is being careful not to make him its sole voice.

"Having just one celebrity as the face of a network can pigeonhole you," said James Bosworth, CEO of Back9Network. "You want to be broad and have a lot of viewers. To be only one person's perspective is limiting."

Mr. Combs is also reportedly eyeing his own music-themed cable network, Revolt, and has been in discussions with Time Warner Cable about possible carriage, the MSO provider confirmed. Mr. Combs' Bad Boy Entertainment did not respond to requests for comment.

"Celebrities have a better ability to raise money and bring investors to the table," said Adam Hanft, CEO of marketing and branding firm Hanft Projects. "The brand name can create more buzz, get better carriage and position in a very competitive market."

But star power is no longer an automatic draw for advertisers, as it may have been when OWN started out. "When a new network is launched, typically clients sit back and wait for the ratings . But because it was Oprah, clients bought into it," said Gerri Donini, senior VP-national buying at RJ Palmer. "For these new networks, I don't think advertisers will buy simply because of the name involved. In fact, OWN probably made advertisers even more cautious."

OWN has found it challenging to produce successful content outside of Ms. Winfrey's own show, "Oprah's Next Chapter," which has given the fledgling network its strongest ratings since it premiered. Discovery Communications CEO David Zaslav said on an earnings call with analysts last week that Ms. Winfrey will be featured in additional formats throughout the year.

"The mission is to grow a meaningful audience that wants to spend time with OWN, and we think that we will, this will be a very significant asset." Ms. Winfrey is "very engaged. We have very a good team, a team that she has confidence in and I have confidence in now. "

Engaged enough, in fact, that Ms. Winfrey got a fair amount of flak when she tweeted during the Grammy Awards last week: "Every 1 who can please turn to OWN especially if u have a Neilsen [sic] box."

Nielsen does not allow networks to specifically target Nielsen subscribers, and Ms. Winfrey later removed the tweet, saying she did not wish to cause any harm. The OWN Network was unavailable for comment at press time.