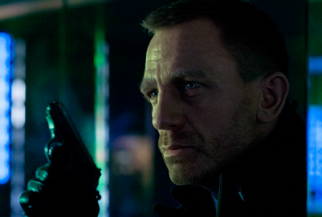 'Skyfall' was one of four movies to top $1 billion in global ticket sales last year.

Movie-goers in China increased their box-office spending by 36% to $2.7 billion last year, according to new year-end statistics released by the Motion Picture Association of America, the Washington-based trade group.

The growth puts China behind only the U.S. and Canada, where fans increased spending by 6% last year to a combined $10.8 billion, according to the trade group. In Japan, previously the second-largest market, revenue rose 4.3% to $2.4 billion, the MPAA said.

"China's building 10 screens a day," Christopher Dodd, chairman-CEO at MPAA, said on a conference call. "There's a voracious appetite for product and our films have consistently done well."

Policy changes in China have increased the number of foreign films that can be released in the country, Mr. Dodd said. The former U.S. senator, a Connecticut Democrat, also said he has shared his concerns with Chinese officials over rules that keep U.S. films from being shown during "blackout" periods to help local productions. "We've raised concerned about that to the highest authorities," Mr. Dodd said. "While it's vastly improved, there's always going to be bumps in the road."

Ticket revenue in Europe, the Middle East and Africa fell 1% to $10.7 billion, due to declines in France, Italy and Spain.

U.S. and Canadian theater attendance increased 6% to 1.36 billion tickets, although that remains below the past decade's high of 1.52 billion in 2003. The average movie ticket price was little changed at $7.96. Revenue from 3-D films was unchanged at $1.8 billion, although the number of such films released fell 20% to 36.

The total number of films released rose 11% to 677, led by a 17% increase in independent pictures to 549. Movies released by the major Hollywood studios fell 9% to 128.

The number of cinema screens increased 5% worldwide, the result of double-digit percentage growth in Asia, Africa and the Middle East, the association said.