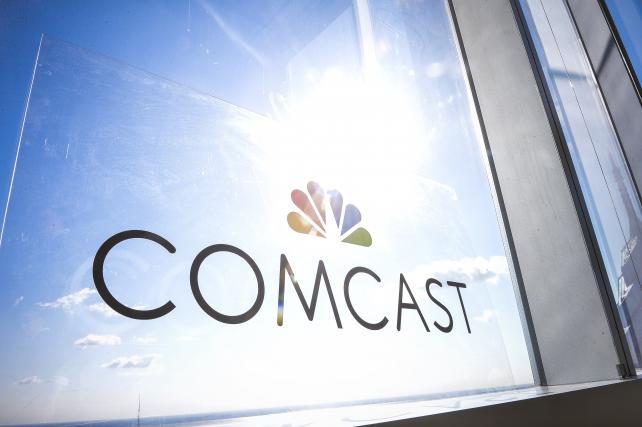 Comcast increased its takeover bid for Sky on Wednesday, topping the latest offer from Rupert Murdoch's 21st Century Fox and escalating a global standoff between the media giants.

The move is the latest twist in an international M&A tussle that also includes Walt Disney Co. Both Comcast and Disney have been vying to acquire Fox's entertainment assets, a contest that will affect the Sky bidding war.

Murdoch currently has a deal to sell Fox's entertainment assets to Disney, including its Sky stake. Murdoch's higher bid for Sky earlier Wednesday put pressure on Comcast CEO Brian Roberts to come back with a higher price.

The U.K. government has already said it's likely to approve the Sky bid from Fox, which satisfied concerns that Murdoch wouldn't gain too much of a hold over British media. Former Culture Secretary Matt Hancock, who was replaced this week with Jeremy Wright in a cabinet shake-up, had said he was willing to let the takeover go ahead, provided Fox sells Sky's 24-hour news channel to Disney.

Fox already owns a minority stake in Sky. Its bid would let it acquire the remaining 61 percent of the company, and that business would eventually go to Disney—assuming that transaction also is completed.

Fox initially went after Sky in December 2016, offering 10.75 pounds per share, but was held up over concerns that the tie-up would give Murdoch too much influence over Britain's media.

Comcast has been expected to abandon its bid for Fox and focus instead on winning Sky, according to Jonathan Chaplin, an analyst at New Street Research. "Of all the assets in the Fox portfolio, they probably view Sky as the most strategically important," he said earlier in a note.

Sky gives Comcast an opportunity to expand beyond the U.S. and reach more consumers directly. Sky has 23 million customers in five European countries and also boasts a market-leading platform, its Q box and a suite of premium TV content. Of the assets he's seeking to acquire from Fox, Disney CEO Bob Iger called Sky "a real crown jewel."