Cable and TV Power Buys Into What It Sells
READ THIS NEXT
Mr. Potato Head’s misterectomy clarified. Plus, ‘RIP Twitter’: Friday Wake-Up Call

Comcast Corp. clearly believes in advertising as a seller -- and a buyer. The nation's largest media company is now the second-largest U.S. ad spender, at least by one measure. 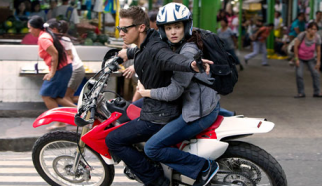 The Bourne Legacy,' a heavily-advertised 2012 release by Comcast's Universal Pictures

Comcast vaulted to No. 2 in U.S. measured-media ad spending last year after boosting measured spending 9.7% to $1.7 billion, according to WPP's Kantar Media, which tracks ad spending. That's up from the company's fifth-place showing the year before.

It's not clear yet where Comcast will rank in Ad Age DataCenter's next 100 Leading National Advertisers report on June 24. The annual Ad Age ranking takes into account both measured media (such as TV, magazine ads and internet display ads) and unmeasured spending (including direct marketing, promotion and some unmeasured forms of digital media).

Comcast ranked No. 4 in the year-ago LNA report, behind P&G, General Motors and Verizon Communications.

Comcast boosted 2012 ad spending for both its NBC Universal unit -- which includes NBC itself, cable networks and Universal Pictures -- and its Xfinity cable services.

Comcast previously said its worldwide advertising, marketing and promotion spending last year totaled $4.8 billion, up 9.6% on an estimated pro forma basis and factoring in the January 2011 purchase of a 51% stake in NBC Universal, according to Ad Age DataCenter. Comcast this month expects to complete the acquisition of General Electric's remaining 49% stake in NBC Universal.

The one sure bet in Ad Age's upcoming LNA report: P&G once again will rank as the top U.S. ad spender.

The No. 2 LNA ranking is up for grabs. Comcast has a shot at that spot, but heavy unmeasured spending also could put GM or possibly AT&T into the second spot, according to early calculations by Ad Age DataCenter.