Comcast Gets Unshackled With NBC Deal Curbs Expiring Next Year 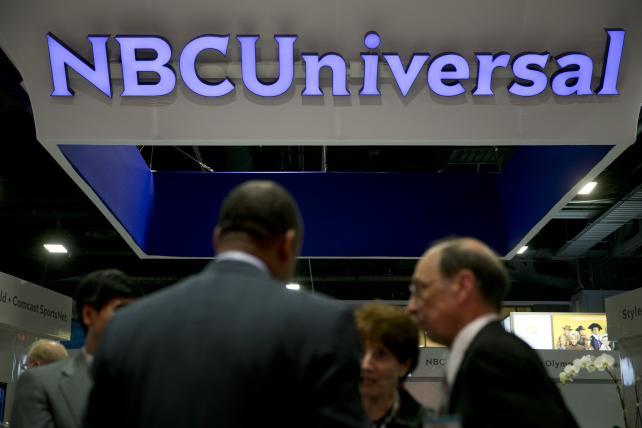 When Hulu introduced a commercial-free option in 2015, NBC executives were frustrated. Despite owning a stake in Hulu, they could only watch even though they preferred that streaming-video provider stick with an advertising-supported model, according to two people close to NBC.

For the past six years, the media giant has been barred from having any say over Hulu, which is also owned by Walt Disney Co., 21st Century Fox Inc. and Time Warner Inc. It's one of dozens of restrictions that Comcast Corp. accepted to win approval to buy NBC Universal, home of the NBC broadcast network, cable channels like USA and MSNBC, theme parks and a film studio.

Now, Comcast and NBC can start to contemplate a world without government constraints. The last restrictions expire in September 2018. NBC is planning an online video service with shows from its own TV networks in the next 12 to 18 months, Bloomberg reported earlier this week, citing people familiar with the matter. That sort of thing has been difficult for the media company to do up to now.

"The handcuffs are off," said Amy Yong, an analyst at Macquarie. "Now that the conditions are expiring, they're more free to explore their options."

When regulators approved Comcast's purchase of NBC in 2011, they imposed more than 150 rules on the cable giant. Many were aimed at preventing Philadelphia-based Comcast from using its power to thwart online rivals like Netflix. Today, much has changed about the media landscape. Netflix is a global online video behemoth, and companies like Google, Amazon and Hulu are looking to compete with Comcast by offering bundles of TV channels over the internet.

While Comcast and NBC have thrived together, the government conditions prevented them from fully taking advantage of controlling both distribution and content.

"The conditions have served as backstop against any concern about anti-competitive behavior that would have arisen," said Craig Moffett, an analyst at MoffettNathanson. "All those concerns will be front and center again if Comcast is completely unshackled from these rules."

Some conditions don't actually go away. For instance, Comcast would still be prevented from making NBC's cable channels exclusive to Comcast subscribers because of constraints that apply to all media companies that own both distribution and programming.

But when the government restrictions are lifted, NBC will regain some leverage with TV distributors. For years, NBC has been required to charge online TV providers at the same price it charges traditional cable and satellite companies. It's also been barred from pulling its networks, or "going dark," from pay-TV services as a negotiating tactic. When NBC and Dish Network Corp. had a tense contract negotiation last year, Dish used the government conditions and threatened to take NBC into arbitration.

Comcast will also regain an active ownership role in Hulu. The streaming-video provider is set to introduce a live TV service this year that will compete directly with Comcast's cable business. When the conditions expire next year, Comcast and NBC could try to influence Hulu's direction.

But Comcast may not be able to force changes even if it wants to. Fox and Disney own a combined majority of Hulu, and could blunt Comcast's objections if they stick together.

Comcast's strategy will depend on how the government treats a deal that's akin to its purchase of NBC Universal, Moffett said. Regulators could impose similar conditions on AT&T's pending acquisition of Time Warner Inc., owner of CNN, HBO and TNT, he said. If they do, Comcast may be more cautious about its own actions. If the restrictions on AT&T are lighter, Comcast could be more bold in exploring its options.

Regardless, Comcast is likely to move cautiously after the conditions expire, Moffett said.

"Comcast is quite careful about creating regulatory bad will because it has already come back to bite them multiple times," Mr. Moffett said. "It's not going to be like flipping a light switch where they are suddenly unfettered to do all this crazy stuff so let's go do it."