The Rich Get Richer: Commercial Ratings Reveal 'Empire' Is Even Bigger Than Anyone Thought | Ad Age
Skip to main content

The Rich Get Richer: Commercial Ratings Reveal 'Empire' Is Even Bigger Than Anyone Thought 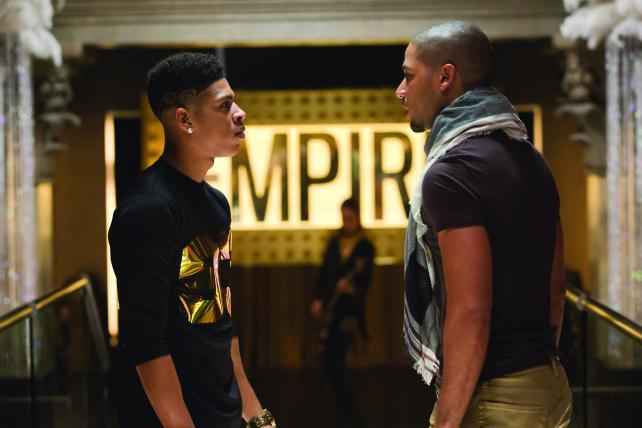 'Empire' ratings had already surprised the industry, but adding in a few days of time-shifting reveals even stronger numbers.
Credit: Chuck Hodes/Fox

It's broadcast TV's hottest hit in a decade, and as it turns out, "Empire" is even a bigger smash with advertisers.

While season one of "Empire" averaged a staggering 5.1 live-plus-same-day rating among adults 18 to 49 years old, that number soared to a 5.9 in the demo upon application of the C3 currency data. In other words, viewers who caught up with "Empire" within three days of each initial airdate actually watched the ads -- so much so that the show's average commercial ratings improved 16% in playback.

Not surprisingly, "Empire" was also the season's No. 1 VOD program on Comcast's Xfinity on Demand platform, racking up 23 million deliveries through that platform. (The nation's largest cable operator, Comcast serves 22.6 million video subscribers.)

The VOD numbers are significant (and go a long way toward explaining the significant ratings uptick) simply because the platform all but assures commercial impressions by making it impossible for the viewer to fast-forward through the spots.

Fox enjoyed a similar scenario, if on a much smaller scale, at the beginning of the season with "Gotham." The first episode of its "Batman" prequel series improved from its live-plus-same-day 3.3 rating to a 4.2 in C3, gaining nearly an entire ratings point in playback. Like "Empire," "Gotham" was also a big VOD hit, although the enthusiasm waned as the traditional ratings started to fall. Ultimately, "Gotham" would prove to be one of a handful of new series that lost ground upon conversion from L+SD to C3, sliding from an average 2.2 in the dollar demo to a 2.0.

Because C3 measures average commercial minutes, it's as close as programmers can get to ascertaining how many viewers are staying tuned in for the ads. As such, it remains the standard against which the vast majority of ratings guarantees are made.

All told, C3 helped boost ratings for the season's freshman series by 14%, from an average 1.4 to a 1.6, which suggests that the networks are having better luck nudging viewers toward advertiser-friendly VOD and away from the commercial-avoidance device that is the DVR. Last season, the spread between the L+SD and C3 averages was one-tenth of a point, which has generally been the case since the currency was first adopted in 2007.

Added commercial views weren't enough to save the latter three series, which were not renewed for 2015-16.