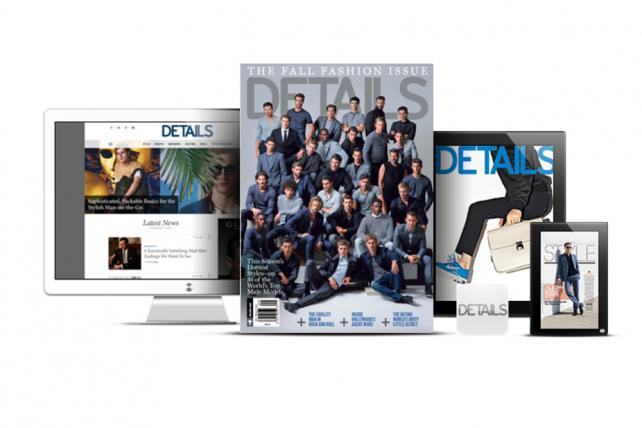 The magazine, founded in 1982 and acquired by Conde Nast in 1988, averaged paid and verified circulation of 560,212 in the first half of the year, up from 524,791 a year earlier, according to its reports with the Alliance for Audited Media. It had increased the circulation it guarantees to advertisers to 550,000 from 500,000 in the same period.

But it was a relatively small magazine in the Conde Nast stable, which also includes GQ, Vogue, Glamour, Self and The New Yorker. And Details was growing overall circulation with a big lift to subscriptions, which depend on ad revenue in order to make much profit for publishers.

Details Editor-in-Chief Dan Peres and Publisher-Chief Revenue Officer Drew Schutte are leaving Conde Nast as a result of the shutdown, the company said. The magazine employed roughly 60 people, of which 20% are likely to fill open spots elsewhere at the company, a Conde Nast spokesman said.

At the same time, Conde Nast said it will expand its GQ Style extension of GQ to printing four times a year, up from twice a year.