Policy Had Long Favored Revlon, Estee Lauder
READ THIS NEXT
Facebook offers millions of dollars in refunds to advertisers tripped by measurement mistake

A change to a policy at Conde Nast that affects major beauty advertisers is sending waves of anxiety through some of its largest magazines, including Vogue and Glamour.

Referred to internally as the "beauty rotation," the policy long dictated the order in which ads from Revlon, Estee Lauder, L'Oreal and Procter & Gamble appeared in the front of certain Conde Nast magazines.

It said Revlon's ads would usually appear before ads from other beauty advertisers in Vogue, Glamour, Self and Allure magazines, according to ad buyers and Conde Nast executives. Estee Lauder ads would appear next, followed by L'Oreal and Procter & Gamble.

The rotation only applied when the companies bought multi-page spreads in the opening section of the magazines, before the table of contents. And it appears to mean that the amount of money the companies spent on ads was not a factor in their placement, according to people familiar with the arrangement. L'Oreal could buy more ad pages than Revlon or Estee Lauder in the front of Glamour, for example, but Revlon and Estee Lauder could still appear first. That eliminated an important incentive for advertisers to spend more.

"It was a nightmare -- very frustrating," another Conde Nast executive said of the beauty rotation. "People have been trying to fight it for years. It made it very hard to break new beauty business." 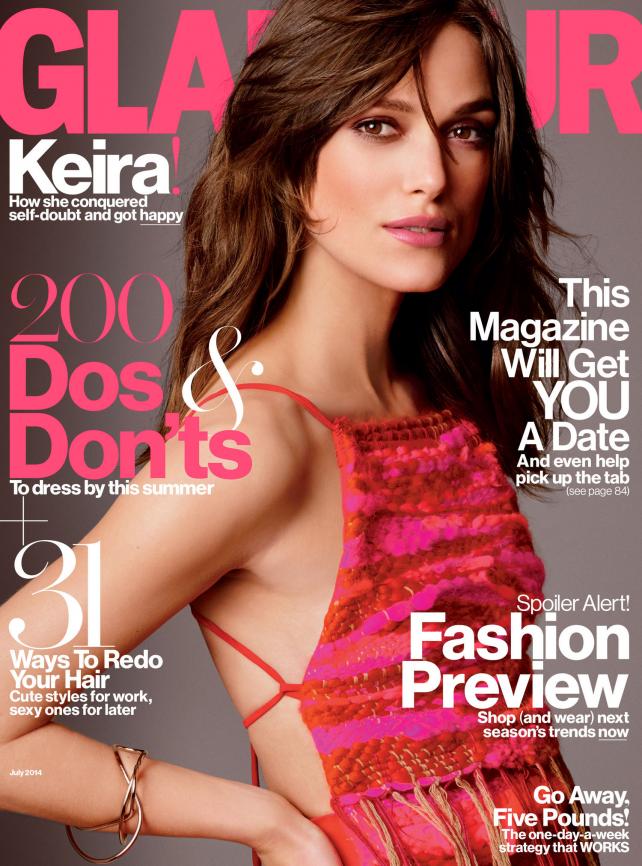 Now the beauty rotation is at an end, according to employees at Conde Nast.

The policy is a fossil from an earlier and more lucrative time in the magazine industry, when ad sales were as much about the relationships between buyers and sellers as they were dollars and cents. The relationship era is taking a backseat amid the rise of digital competitors and forces such as automated ad auctions.

What's unclear is whether there were exceptions or caveats to the rotation. And of course the advertisers in the rotation didn't always advertise in the front of the affected books. In explaining the beauty rotation, an executive at Conde Nast cautioned that it was a "very complicated scenario."

A spokesman for Conde Nast declined to comment on the matter, as did a number of the company's publishers and executives.

"It's a very sensitive issue," one publisher said. "These are some of the company's largest advertisers."

At Conde Nast, the shift is creating an environment freighted with emotion as publishers and the company's corporate salespeople enter talks with advertisers for 2015, when the policy is slated to end, according to some executives. At least one executive said the company killed the beauty rotation months ago.

Some on the business side at Conde Nast are pleased with the policy's end, while others are concerned it will complicate negotiations and upset Revlon and Estee Lauder, which the policy benefited.

Although Revlon was at the top of Conde Nast's beauty rotation, it had been opting out because of a shift in its print-ad buying strategy, people familiar with the matter said. The company wanted its ads to appear around editorial stories about beauty, which run after the table of contents. As a result, Estee Lauder had become the de facto No. 1 in the beauty rotation -- despite spending less than L'Oreal.

And L'Oreal has either cut or threatened to cut millions in advertising from Conde Nast in protest of the arrangement, which it considered unfair, according to people familiar with the matter. "They've complained about it for years," a Conde Nast executive said of L'Oreal.

One ad buyer said the hierarchy was a relic. "The marketplace has changed," said a media buyer who is not involved in the negotiations. "Archaic policies should be thrown out."

The genesis of the beauty rotation is shrouded in mystery, though current and former Conde Nast employees believe it was struck decades ago. Revlon, Estee Lauder and L'Oreal were the original members of the rotation. Procter & Gamble was allowed into the rotation about five or six years ago.

The deal would seem to encourage Revlon to continue to spend money on Conde Nast publications, solidifying the relationship by giving Revlon ads pride of place. But it also removed one of the rewards that publishers could offer advertisers in exchange for spending more.

As it turns out, Revlon has recently been spending far less on magazine ads than its rivals.

In 2013, L'Oreal spent $862 million on magazine advertising, compared with Estee Lauder's $219 million and Revlon's $87.7 million, according to the Ad Age Data Center.

Procter & Gamble invested $152.7 million to promote its Olay brand in consumer magazines in 2013 and nearly $145 million on CoverGirl magazine ads.

Nobody who would talk about the arrangement was exactly sure why it originated. A former Revlon executive said the rotation went "beyond the financials … to deep relationships" between top executives at Estee Lauder and Revlon and longtime Conde Nast Chairman S.I. Newhouse, Jr.

"It happened during a time when business was all about relationships," a Conde Nast publisher said.

It was also a time when Conde Nast publications were among the only game in town for beauty advertisers. Today, however, magazines such as Allure and Glamour face an onslaught of competition from not only traditional competitors like Hearst Magazines and TV networks aimed at women, but also a host of digital upstarts, including Makeup.com, a content site run by L'Oreal.

Meanwhile, increased competition and eroding single-copy sales have stung magazine companies, which have limped through the first half of 2014, with print ad sales -- where they make the bulk of their revenue -- proving anemic ahead of the critical September issues for women's fashion magazines.

Ad pages across the entire Conde Nast portfolio were down nearly 6% through the July issues of their monthly titles and the June issues of The New Yorker, according to stats from the Media Industry Newsletter. At Hearst, publisher of Cosmopolitan and Esquire, print ad pages at its monthlies were down almost 5%. Time Inc., the nation's largest magazine publisher, saw ad pages dip about 6%.