Conde Nast has promoted Carolyn Kremins from VP-publisher at Conde Nast Traveler to senior VP-general manager at food website Epicurious, the company said today. Conde said it will name a successor to Ms. Kremins at a later date. 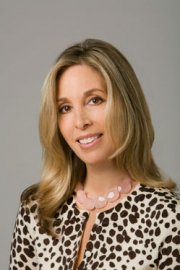 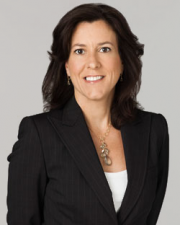 At Epicurious, Ms. Kremins succeeds Beth-Ann Eason, who is taking a new role as senior VP-digital development as well as general manager at ZipList, the website and app for shopping lists and recipes that was acquired by the company last year.

Ms. Eason's role presiding over ZipList, where co-founder and CEO Geoff Allen will report to her, comes as the company tries to expand ZipList's list-building technology to other areas Conde Nast covers, such as beauty and fashion. She joined Conde Nast two years ago to oversee Epicurious, Brides.com and the Gourmet Live app, but responsibility for Brides.com was shifted to the publisher of Brides magazine soon after, and Gourmet Live stopped publishing updates earlier this year.

"Given Beth-Ann's accomplishments at Epicurious and her previous leadership experience at Beliefnet, Martha Stewart Living Omnimedia, Yahoo, Ziff Davis Media and DoubleClick, she is the perfect person to preside over our growth with ZipList as well as other digital initiatives on the horizon," Conde Nast President Bob Sauerberg said in a statement.

Before Ms. Kremins was named to run Conde Nast Traveler in 2011, she worked at magazines including Brides, Cookie, The Week, Maxim and Bon Appetit.

Despite Conde's shutdown of Gourmet magazine in 2009, the food category has remained a battleground for magazine publishers and others. Meredith Corp., for example, agreed last year to buy Allrecipes.com for $175 million, not long after separately acquiring Every Day With Rachael Ray.

Epicurious attracted 2.8 million unique visitors in May 2013, a 3% increase from the previous May, according to ComScore.

Both appointments are effective July 8.