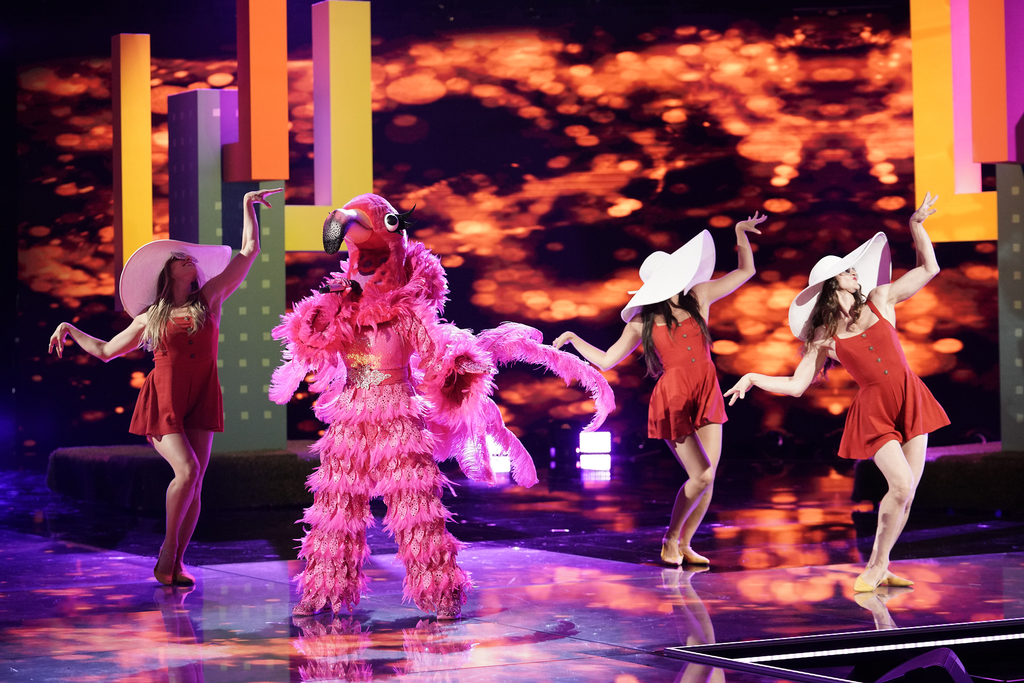 American entertainment has always been in thrall to paradox, and the more familiar the content is, the more likely it will be enriched by a certain strain of absurdity.

C-3P0 is a protocol droid fluent in “more than six million forms of communication,” and yet upon booting up every day, he chooses even-fussier-than-usual-Niles-Crane as his default setting. The Fonz was the coolest guy in Milwaukee, but he was scared of liver and spent much of his time holding court in a diner toilet (which he called his “office”). And since appearing in his first Looney Tunes short 70 years ago, Wile E. Coyote has demonstrated an unwavering brand loyalty to the Acme Corporation, spending untold millions on its catastrophically malfunctioning products in the pursuit of a scrawny, largely meatless bird.

These self-defeating behaviors serve as a pretty nifty metaphor for the TV industry’s adamantine refusal to move beyond a ratings currency that is forever blowing up in its face. The compromised C3 metric and the slower-burning fuse of C7 have done next to nothing to offset the ravages of commercial avoidance, offering about as much protection from ratings erosion as an umbrella provides in the shadow of an earthbound boulder.

Because the networks would like investors to continue buying into the fantasy that the TV business is presided over by a clutch of all-knowing super geniuses calling the shots from the high chaparral of Los Angeles, they’d prefer that the C3/C7 data be kept under wraps. But where’s the fun in that?

For the fifth straight year, Ad Age has managed to get its grubby meat hooks on the fall season’s first batch of commercial deliveries, and while the networks persist in trafficking in their face-saving time-shifted data, all the misdirection in the world won’t spare them from another year of getting accordioned by commercial avoidance and shoddy measurement. The malfunctioning rocket sled is headed straight for the trompe-l'œil railway tunnel, and that mesa wall looks awfully ouch-y.

There is no good news

According to the primetime deliveries captured by Nielsen during the first three weeks of the 2019-20 broadcast season, a period extending from Sept. 23 through Oct. 13, the average lift for a network series’ final C3 rating versus its initial live-same-day delivery was just shy of two-tenths of a ratings point, which translates to a gain of approximately 260,000 adults 18 to 49. That 0.2-point bump has neither improved nor degraded at any time in the 12 years that C3 has functioned as the coin of the realm, and given that few people watch the commercials in playback, that incremental lift shall remain static until the metric gets swapped out for something a bit less useless.

Meanwhile, the number of commercial impressions clawed back during the additional four days measured by C7 is not exactly neutralizing the impact of the DVR. As has been the case since the networks first began agitating for a more expensive currency, the average bump from vanilla live-same-day impressions to the commercial deliveries captured by C7 is three-tenths of a ratings point. That’s good for nearly 390,000 members of the demo, or a little less than the TV-owning population of the country’s 68th-largest media market, Des Moines-Ames (Iowa).

Unfortunately, those currency deliveries are somewhat inflated by the three regularly scheduled primetime football broadcasts on NBC, Fox and ABC. Take the Sunday and Thursday NFL games out of the picture and remove ABC’s college football showcase on Saturday nights, and the entertainment programming average shifts from a 0.9 in live-same to a 1.0 in C3 and a 1.1 in C7. While these lifts are not quite innocuous enough to be dismissed as the product of a rounding error, the minimal improvement only serves to underscore the notion that TV is now very much a bicameral marketplace. There’s sports, breaking news and the one-off events that demand to be watched live, and then there’s pretty much everything else, a grab bag of scripted comedies, one-hour dramas and competition series which may as well be remanded to the on-demand space.

All told, the C3 average for the 70 general-entertainment programs that aired on the Big Four during the first three weeks of the fall season averaged out to a 1.0 rating, or some 1.3 million adults 18-to-49. That marks a 19 percent drop-off compared to the year-ago period. C7 deliveries boiled down to a 1.1 rating, good for around 1.43 million demographically apposite viewers, down 17 percent versus the analogous time frame in 2018.

Thanks in large part to “Thursday Night Football,” its huge Sunday evening NFL lead-in and the return of “The Masked Singer” and “9-1-1”—currency data for the first week of the World Series is not currently available—Fox is leading all comers in C7. The network, which also reaps the benefit of not having to program the No Man’s Land that is the 10 p.m. slot, is up 4 percent year-over-year with an average draw of 1.88 million adults 18-49, good for a 1.5 rating. NBC’s “Sunday Night Football” and “This Is Us” has kept it competitive, although its C7 delivery of 1.42 million adults 18-49 marks a 29 percent drop from last fall’s 2 million viewers.

CBS and ABC are bringing up the rear with 1.21 million viewers in the demo, and while CBS guarantees its deliveries of the slightly older 25-54 set, its 25 percent decline among adults 18-49 is commensurate with the drop in its target demo.

Whereas the networks have always been able to count on a handful of shows that would manage to pile on the time-shifted commercial deliveries, the days of a drama gaining north of a 1.0 in the currency seem to have come to an end. Four years ago, the season 2 premiere of Fox’s “Empire” improved upon its already astonishing 6.7 in live-same-day to post a 7.9 in C3, which at the time represented slightly more than 10 million members of the dollar demo and a lift of 1.5 million adults 18-49. (In other words, “Empire” gained more commercial impressions in the first three days after the premiere than the average network series is now delivering.)

But as the definition of what qualifies as a “hit” has been contorted to accommodate the rapidly dwindling pool of younger TV viewers, the currency gains have shrunk accordingly. As is evident in the chart above, the C3/C7 dynamic dictates that the rich get richer while the poor go hungry; in other words, the programs that already draw decent live-same-day ratings are the ones who tend to enjoy the biggest gains in commercial views.

Take football out of the mix, however, and any talk of an outsized success is going to come wrapped in air quotes; whereas the 2017 season premiere of NBC’s “This Is Us” jumped from a network-best 3.9 in live-same-day to a 4.8 in C7, this fall’s opener improved just four-tenths of a ratings point in C7, growing from a 1.8 to a 2.2. (That said, the show’s first three episodes of 2019 have out-performed every other scripted offering on the dial; the top-rated entertainment program remains “The Masked Singer.”)

For shows that already scare up decent numbers within the first several hours of their original airings, the additional deliveries recaptured by C3/C7 are a further incentive for buyers to pay the higher cost of entry. For example, if you negotiated a $201,683 unit for your client in one of the season’s first installments of “The Masked Singer,” you can take satisfaction in knowing that some 3.37 million members of the target demo watched the spot you brokered. Meanwhile, an investment of a similar scale in that more established song-and-dance show would’ve delivered along the lines of 2.2 million targeted viewers in C7; in other words, not only did you help your client reach nearly 1.2 million more members of its preferred buying segment, but you also slashed some $28.00 off the CPM.

(You done good! Take the rest of the afternoon off!)

As much as it’s not difficult to suss out why the networks would just as soon keep anyone outside the buyer-seller-client chain from gaining access to the currency data, it’s worth noting that the bloated live-3/live-7/live-∞ program ratings distributed to the press are wholly irrelevant to advertisers. And as should be made manifest by the very name of the publication you’re reading at the moment, the advertising market is of particular interest to us.

For example, while network PR touted the 100 percent lift the Sept. 25 premiere of ABC’s “Stumptown” earned in three days of playback—the new drama series improved from a 0.7 rating in live-same to a 1.4 in live-3), those delayed views didn’t have quite the same impact on the episode’s commercial deliveries. Per Nielsen, “Stumptown” opener stepped up to a 1.0 rating in C3; in other words, of the 906,000 people in the demo who caught up with the premiere within three days of its original air date, only 388,000 actually bothered to watch the commercials.

Which is not to single out ABC, as every network is compelled to participate in the same sort of stats padding. NBC last month touted the 47 percent lift the Sept. 26 debut of “Perfect Harmony” posted in live-3, and while that added some 324,000 people in the demo to the mix, the three-day gain in commercial impressions was a meager 39,000 adults 18-49. Comb through the Fox and CBS data and you’ll find similar inconsistencies.

Twist our arm and we’ll cop to fact that the DVR data has its practical applications beyond the narrow bounds of the advertising market. While the clients are rightly invested only in the overlapping currencies, the TV model is [d]evolving at such a slap-happy clip that the significance of overall ad sales performance is being diluted by some of the faster-growing segments. At CBS, for example, linear TV sales in the first half of 2019 accounted for 43 percent of the company’s overall revenue mix, as content licensing and retransmission consent fees contributed some $2.4 billion to the bottom line. By comparison, marketing spend was far more integral to the network’s balance sheet back in 2008, as the sale of its commercial inventory generated 72 percent of CBS’s total revenue. All of which are considerations worth bearing in mind when tracking CBS’s ratings performance.

If the networks’ desire to keep the currency under wraps makes obtaining the C3/C7 numbers a shrieking pain in the ass, the data has always been cloaked in a sort of free-floating huffiness. Developed as a compromise measure back in 2007, C3 blends a very rough estimate of average commercial ratings with three days of time-shifted viewing, and while far from perfect—it is perhaps less-than-ideal that fast-forwarding through the ads in the “A” and “Z” pod positions does not invalidate those sped-up impressions; which is to say that the zipped-through spots still register as viable deliveries—them’s the breaks. You’re stuck with it.

Accelerated by GroupM’s $800 million deal with NBCUniversal, the adoption of C3 in advance of the 2007-08 upfront bazaar was about as unpopular as a swordfish at a kissing booth. Not only did the currency literally not measure up (there’s a big difference between tracking the impressions for individual commercial units and extrapolating ad views from rough weight-averaged estimates), but the flawed methodology all but assured that the majority of the additional ad views served up via the DVR would fail to be recognized as such. C3 has never done what pretty much everyone had hoped it would do, and as such it’s had extremely limited success in compensating for the predations of time-shifting.

After 70 years of enduring the sort of harrowing reversals that are the price of doing business with a mail-order company that ships explosive devices to cartoon animals, the coyote remains as loyal to Acme Corp. as the day he purchased his very first spring-loaded boxing glove. He has little choice in the matter. In the face of a virtual monopoly, the super genius is more or less doomed to a lifetime of calamity, just as he would if he had to pledge involuntary fealty to Nielsen. The sky is dark with anvils.